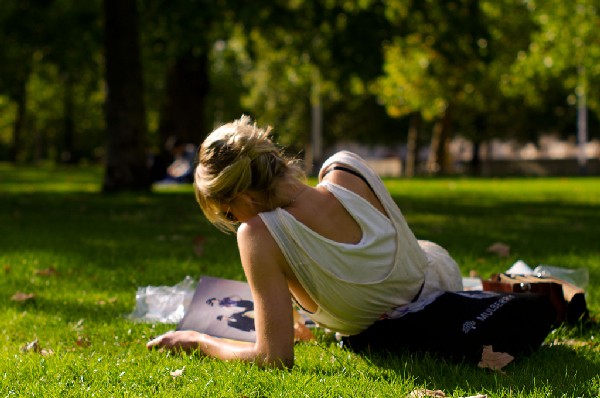 So much of being a good writer is reading good writing. But books and magazine subscriptions are pricey. Luckily, there are lots of online literary magazines where you can read current issues for free–and most of them accept unsolicited submissions, so you can get your words in front of more people, too.

IN NO PARTICULAR ORDER, here’s a list of magazines to check out:

This Swedish literary magazine—in English—is interested in cross-cultural experiences (especially as they pertain to Sweden, but they’re not picky) in the form of nonfiction essays, “postcards,” fiction and poetry. They also publish short essays about writing and the writing life.

When I was married we spent every carnival out-of-town, like any self-respecting carioca. Let the tourists have the run of the place with its beery crowds, urine-soaked sidewalks, noise, smoke, skin and general chaos; carnival is for deserted beaches. Carnival is for skiing in Colorado.
–Julia Michaels, “Horrible Carnival”

Beautiful, easy-on-the-eyes site, and beautiful literary essays (or as they call it, “fact”), fiction, and poetry by established and emerging writers.

One time I was waiting in Madrid Airport to get the plane back when I was overcome by a sense that there was a space for me here in Madrid. A me-shaped space. And so we all came together in Lombardia Street and the space was filled. Then, when nobody really expected it, two years later another space opened up. A you-shaped one.
—Donal Thompson, “Letter to Maeve” 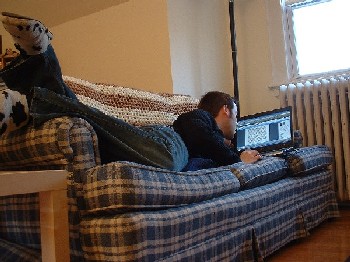 Originally (and still) a print magazine, Orion is now available online. Many of the biggest names in environmental writing publish here regularly, alongside unknown and emerging writers.

Orion consistently keeps the big picture in mind, looking in depth at environmental and social issues the world over. Some of the best environmental reporting, social philosophy, memoir, and poetry (and more) anywhere in print or on the Web.

This magazine focuses more on essays and poetry, with some essays thrown in. A good mix of voices (from gentle to edgy) and forms (from traditional to experimental).

In this story my grandfather does not die. He does not fall over while tilling the garden and my grandmother does not yell to my cousin to go get help and she does not sit by him, crushing the zucchini, while she waits for the medics who come too late.
–Suzanne Cope, “The Story That Isn’t This Story”

Produced by undergraduate literature students at Arizona State, this magazine can be hit or miss—but they find enough intelligent, witty writing and great storytelling to make up for the clinkers. Nonfiction, fiction, poetry, interviews, and art.

“You can sit next to me,” a young man says, startling me. It’s been days since I’ve heard English. “I’m American,” he adds and waits for my relief.
–JD Riso, “Strange Bird”

Sub-Lit’s editors describe it as “daring in subject matter, form, or tone. Publishing should not be an academic circle jerk, or a realm where blandness is encouraged.” Their subtitle: “Sex, Literature, and Rock & Roll.”

I plopped into a metal chair that couldn’t have been less comfortable if it had leather straps and a couple of million volts coursing through it. The old man was wearing his good pants— a pair of Jordache jeans. Mom complained he only wore them when he was trying to impress somebody at the bar.
–Joe Lombo,”Changing of the Guard” 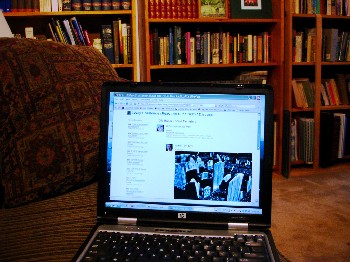 The silent war between my parents permeated the apartment. My escape was the veranda. Lying on my stomach, I peered through an old pair of binoculars and watched the gray-blue waves of the Arabian Ocean as they crashed along Marine Drive, soaking young lovers on the seawall. I watched crowds walk along the dirty gray sand of Chowpatty Beach, the women lifting their saris before wading into the ocean.
–Amin Ahmad, “Mumbai, November 1977”

Fiction, poetry, nonfiction, and articles on a variety of topics, from the frustrations of the writing life to the secret lives of squirrels to getting high in India.

I purchased the bhukki and the ganja from a teen Punjabi bellhop named Krishan. He is my chauffer into extinction, but unlike his namesake he hasn’t revealed his universal forms or any silly stuff like that.
–Joe Cameron, “Moksha”

A fun site specifically devoted to travel writing in the form of travelogues and “postcard prose” (short sketches). A bonus is the “Signs of Life” feature—photos of garbled English translations on signs from across the world.

In the water, a songbird thrashed. A small boat crept quietly up, its engine silent, the driver attempting to maneuver close enough to scoop the creature out with an oar. As I was doubly useless—non-Finnish speaking and netless—I returned to my son.
–Susan Koefod, “Breakfast in Helsinki”

Reading Juked can be a slightly surreal, or deliciously confusing, experience: they feature nonfiction, fiction, and poetry—but don’t tell you which is which. Good, solid writing.

Now the cloud makes a sound like a school bus being dropped on a row house or two. Gerry is over stimulated. He tries to strike Victor with his broom. But Victor the fat corset maker knows a thing or two about broom fights.
—Laura Ellen Scott, “Do You Know What It Means To Miss”

What are you favorite sites for great writing? Let us know in the comments.