WITH MANDELA’S DEATH, all normal work arrangements for journalists were suspended. It was raining when I left for his hometown of Qunu, deep in South Africa’s Eastern Cape, and I assumed the new tyres and suspension on my car would handle the roads just as well as they’d done every time over the years.

I wasn’t worried. I knew these roads. In the time I’d been studying journalism, I’d done my share of exploring. Cruising through village after village on my way north, I’d slow each time to have a passing look for anything that might photograph well. Good light, symbols, anything interesting.

As I approached the hills towards Qunu, I saw a woman who’d gone off the slick road in her SUV. But she had help so I didn’t stop. I had somewhere to be. Didn’t think about why her car might’ve lost control.

The road signs ahead had that bendy arrow that warns of turns — which were, by now, more than apparent — and a speed limit reduced to 80km/h. I knew the roads here weren’t great, so I slowed to 70 as I took an incline…and felt the car start to slide.

Each time I go back to the Eastern Cape, I seem to get stranded. I get this feeling it’s trying to keep me there.

I called ahead to a colleague already in Qunu who came to collect me, and once the towing of my vehicle had been arranged, it was back off into the grey and the rain. North to Qunu, and Mandela’s final funeral.

A town under lockdown 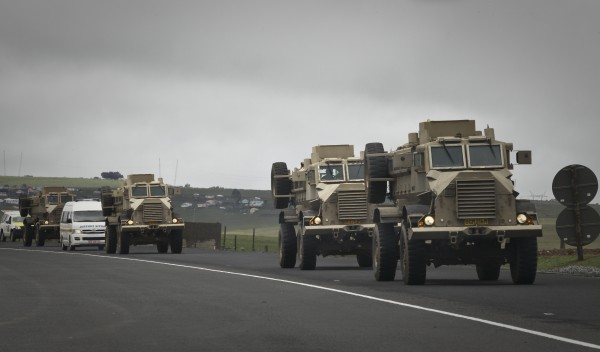 The security presence in Qunu was unprecedented. A police officer told me that 6,000 South African Police Service members had been recruited from Johannesburg alone. Armoured vehicles dotted the rural landscape.

The military and police made it difficult for journalists to go anywhere near the dome or burial site, declared a national security site and therefore illegal to photograph. Speculation amongst those there to cover the event is that a media house bought out the rights to photograph the funeral, and the security designation was simply an expedient way of protecting their commercial interest.

A couple of days before the funeral, journalists who had rented homes in the village, not far from the Mandela home and from the burial grounds, were evicted by police, who told them they were a security threat. 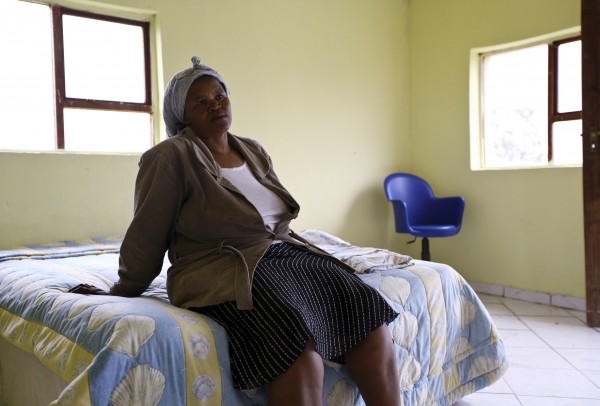 The scramble for accommodation by members of the international press was absurd. Hundreds of journalists swarmed into the tiny village, and what accommodation wasn’t already taken by police and the military was gobbled up by the press.

A rondawel (thatch hut) with no running water, a double bed for two (whether you were a couple or not) and a basin to wash in would rent for $50-80 per night. For those who had showers could expect $200 per night at best. Locals eagerly converted whatever space they could into something that could fit guests, kicking their sons out of their rooms and onto the floors so as to make the most of the opportunity in this otherwise cash-strapped part of the country.

Gloria Ngcibitshana was living about a kilometre from the Mandela home, and had prepared two rooms at a price of $80 a person. My room for the night clearly belonged to her son. Tools and a football poster were on the wall, with the odd jacket in the open closet. Bare wires connected an extension cord from elsewhere to a multiplug. There were no switches. Electricity comes from one municipal box, and extension cords run through the house, and often to neighbours if need be. To turn off the light, you must risk electrocution — something that happens regularly in homes like these — and pull the plug out of the adapter whilst avoiding the bare wires. 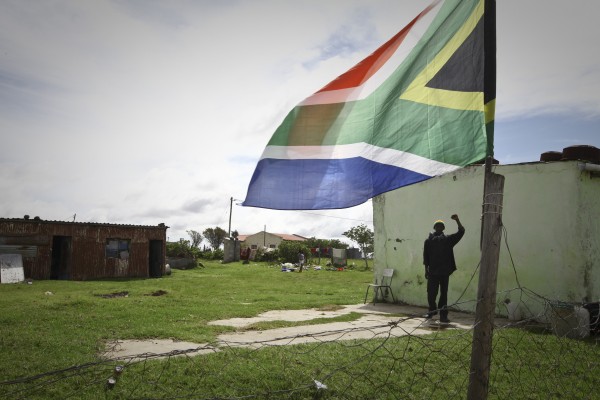 Lungiso (last name withheld) flies a South African flag on a post near his home.

Those who live in the Eastern Cape will tell you how poor conditions can be in some parts of the province. It has the lowest infrastructure budget of all the provinces in the country, and its high proportion of rural livelihoods is testimony to that. Villages here survive on subsistence farming and herding, with possibly one or two family members making it to Mthatha to find basic, menial work. Others travel as far as Johannesburg or Cape Town to eke out some kind of existence. The idea, much like any migrant labourer system, is to send money back to your family for their survival — though the reward for striking out towards greener pastures is not always realised.

Despite not being invited to the funeral — and so forbidden from approaching any of the main sites — many locals were up the next day, eager to pay what respects they could to Mandela, lining the roadside to see the procession that would carry his body into Qunu for burial.

But things ran late. One group of Xhosa men stood for hours waiting for the procession, which was supposed to happen at 11am, and actually only made its way through at about 2pm.

Only 600 locals were allowed to attend the burial, and these were predominantly family and extended family of the Mandelas, plus village elders and leaders. Traditionally, such a funeral would be an open event, where people could come in during the day to pay their last respects, regardless of how they were connected to the deceased. The residents of Qunu noticed. 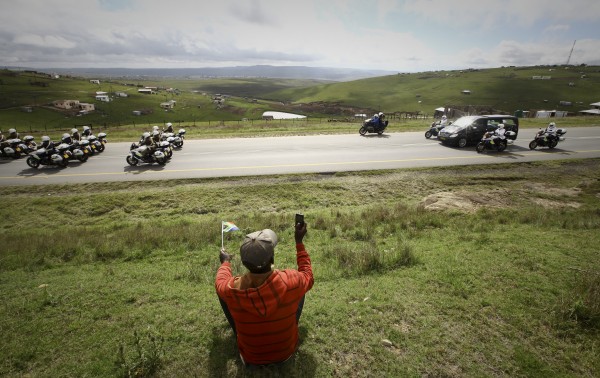 A young man films the funeral procession on his phone.

The funeral ended and Brenton and I headed back to the provincial capital of Mthatha, trying to beat the traffic.

We stopped for some cheap coffee and — at a boundary roadblock at the edge of Qunu — pulled to one side and debated going through. On this side, we could move freely and shoot. On the other, home, our hotel, filing, and rest.

We sat in the car for a few minutes, but there was nothing left to shoot. It was all over. Just us clinging to that feeling of being where history was happening, and not wanting to leave.

That night was pizza and story-swapping with the other photogs. The next morning an early rise, an apple for breakfast, and a slower and more calculated trip home. If the Eastern Cape was trying to hold onto me, it was too tired to reach out anymore. It’s mind, most likely, somewhere else.

Rare footage shows a humpback whale nursing her calf in Hawaii
Here’s how to get the key to this Michelin-starred restaurant hidden in a NYC hotel room
Photographer captures extraordinary shots of a cross fox in Canada
The world’s coolest streets in 2021, ranked
Rare white-coated grizzly bear spotted in the Canadian Rockies

Check out the National Arts Festival in South Africa