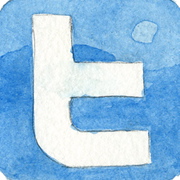 ONE OF THE best ways to move information around Twitter by “retweeting.” Retweeting allows you to echo the tweet of another user, plucking the message from their home feed and sending it out to their followers.

Since times unremembered, retweeting has been a laborious, manual task. One has to copy and paste a tweet and add the “RT” and “@username” attributes. Because of the 140 character limit for each tweet, retweeting content can mean editing the original tweeters text so you can include “RT” and “@username”. Retweeting took time if you weren’t using a RT button, and follower overlap can lead to scores of redundant RT’s in your home feed.

In the spirit of progress, Twitter revealed a completely new retweet system to make for easier, cleaner RT’s.

RT’s now have their own special icon and come straight from the original tweeter’s feed. This makes retweeting as easy as a mouse click, no more “RT” or “@username” required. Each tweet has a RT icon to the right of the reply button. Whats more, the new Retweet feature groups together identical RT’s, so if many of us RT the same tweet it doesn’t show up a million times but rather has a list of who retweeted the post.

In your right hand nav bar there is also a “Retweet” link that opens page with 3 tabs: Retweets by Others, Retweets by You and Your tweets, retweeted. This new feature easy allows you scan all the RT’s from your followers, check your own RT’s and see who retweeted your tweets.

OK Twitter ninjas, get out there and RT all your favorite Matador tweets!