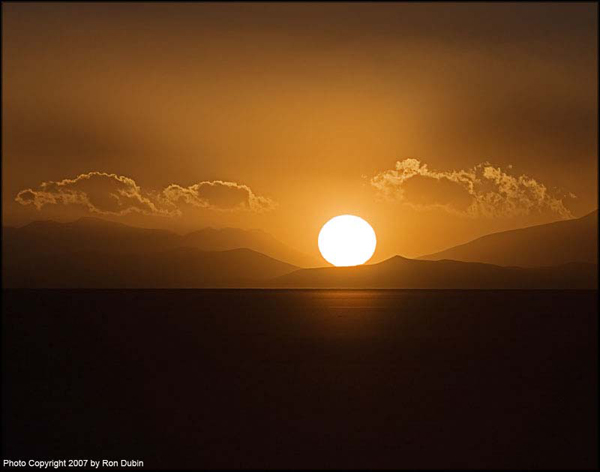 All photos © Ron Dubin
Ron Dubin’s book Bolivia, A Journey is among our favorite Photography Books of all time. Here’s the story.

He was ready to get away. His year had been trying: He’d moved from California to Florida, spent six weeks living in a hotel, and experienced the illness and death of his mother. He was ready for something different.

The assignment, two months of photography in Bolivia, led to Dubin’s new book, Bolivia, A Journey. A professional photographer, Dubin’s work has been featured in publications around the world. I had the opportunity to speak with him regarding his Bolivian expedition, travel photography, and his favorite shots.

Tell me about yourself. Who are you? What have you done?

I’ve been working as a photographer for four years. I’ve done primarily travel and food photography for a variety of local, regional, national and online publications. I love landscape and wildlife photography.

Besides Bolivia, I’ve shot in Peru, France, Italy, Switzerland, The Netherlands, and have traveled and worked extensively in the U.S., from covering rocket launches in Florida to surfers in California, which will be in the next book. When in Los Angeles, I shoot headshots for up and coming performers.

You admitted you knew little about Bolivia before you arrived: How did this affect the way you saw the country?

Bolivia to me, was a blank slate. I did some research once I accepted the assignment and I spent some time online looking for other people’s work to get a basic idea of what I was getting into.

Beyond that, it was let’s go and figure it out on the fly. I had a translator/guide, Daniela, who set the itinerary and took care of all the details, which meant all I had to think about was shooting. She is fantastic.

How long did it take you to adapt to your new environment?

Surprisingly, I didn’t have a problem with the altitude at all. Prior to leaving, I was sent some altitude sickness pills and started taking them two days before departing. Once I arrived in La Paz, everything was fine.

As soon as we sat down, one of the guys starts shouting over the music towards me, “Griiiiiingo.” After he tossed a few more gringos my way, the guys’ song came up and they began to sing… Air Supply…. I’m thinking to myself, “This is kind of weird.”

The night I arrived, we went to dinner, then a wine bar and ended up at a place called Karaoke America, which kind of set the tone for the entire trip.

It was late and there were only a few people left in the place, among them these two rugged looking guys in three piece suits.

As soon as we sat down, one of the guys starts shouting over the music towards me, “Griiiiiingo.” After he tossed a few more gringos my way, the guys’ song came up and they began to sing… Air Supply…. I’m thinking to myself, “This is kind of weird.”

After they finished, they came over and sat down. They were nice enough and Daniela, her friends, and myself figured they were too drunk to worry about. The one guy kept going with the “gringos” until he finally started a question with one.

Without waiting for a response, he continued. “Because you can piss in the fucking streets, Gringo, that’s why this is such a great fucking city, Gringo.” I nodded, we laughed, and he and his friend went back to singing love songs.

So, to answer your question, it took about six hours. I had a harder time adjusting to the altitude in Telluride. 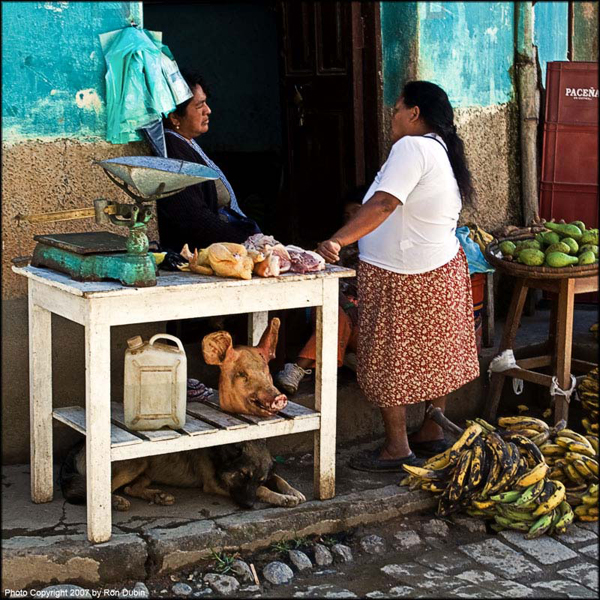 What goes into a great travel photograph? What do you look for before pressing the shutter release?

I would say the same thing that goes into any great photograph. Does it convey a sense of place, of the environment? Does it do it in a unique way? Does it make the audience feel like they want to go there? I usually try to look for something different or unusual in addition to trying to anticipate something happening.

For instance, the cover image that I shot while we were on the Salar. It was a set shot with the Land Cruiser in the foreground, with Daniela further away, her back to the camera.

After several frames, getting what I originally envisioned, I saw another Land Cruiser coming from my right, and to me, that Land Cruiser, crossing in front of her made the difference in the image and the setup.

Your Bolivian landscape images are striking: What do you look for when setting up a landscape shot?

Thank you, that’s very nice of you to say. I try to work from the top down. I like interesting or contrasting cloud patterns combined with some central focus on the ground, a weird tree or color that stands out. I’ve been told more than once that I’m big on isolationism.

Bolivia is unique in that it has such a wide variety of terrain, from the high altitude desert mountains of Tupiza and the Altiplano to the low altitude jungles of Rurrenabaque and San Borja.

Because of the tight schedule we were on, it was really “run ‘n gun”, I didn’t really have the luxury of saying I want to be here at sunset or sunrise. I can count on one hand the number of times I even set up with my tripod, which runs counter to one of the basic tenets of landscape photography.

What tips would you give to people wanting to take better travel photos?

Shoot for yourself, first and foremost. Don’t let the camera get in the way of enjoying your trip.

It’s difficult at times to appreciate the experience with a camera pressed to your face all the time, and you’re wherever you are for the experience. Let that be your guide into what you shoot. Your overall memories will be better and your photos documenting the trip will be better because of it. 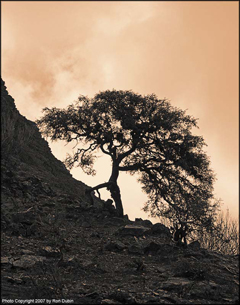 What is your favorite shot from your Bolivian expedition? What’s the story behind it?

Interesting question. Difficult, too. Strangely enough, my favorites are sorely lacking in backstory for some reason. There are several.

The market in Coroico, with the sleeping dog, underneath the pig’s head, underneath the chickens with the women talking: The photo tells the story. I was just fortunate to be able to see it and capture it. The walking tree in Tupiza was taken almost as an afterthought.

One of my favorites with some semblance of a story is the Sunset Over Sal. It was the first time I ever had difficulty shooting a sunset. I like big sunsets. I like the sun to look big and round. I needed this shot.

We were behind schedule, rushing to make up time and it was getting colder. Freezing cold. It was windy, really windy, windy enough that I was able to lean backwards with my full weight and not worry about falling over, and I’m not a small guy.

Because of the wind, I couldn’t get my tripod off the roof so trying to stabilize the camera, all 6+ pounds of it. Catching wind while trying to get the correct exposure was a lot of fun. Although salt and dust were whipping around, the altitude (3,673 meters) and lack of pollution gave me a hard time.

There was nothing to diffract the sun like the smog in L.A. or general moisture in Florida. It took me a while to get a shot that I was happy with.

What gear are you using? Did the altitude or climate affect your camera or lenses? What should someone take on an extended expedition?

I shoot Canon. The altitude wasn’t a factor and thankfully through dust, salt and rainstorms, the gear held up just fine. If you are going on a long expedition, make sure you bring everything you think you will need, and then add to it. Extra memory cards, spare batteries, and at least one portable hard drive.

As I mentioned earlier, there is such a wide variety of terrain in Bolivia, not to mention cities and towns and people that I needed to shoot. I brought everything with me. I knew that the way our schedule was, I’d really only get one bite of the apple and didn’t want to miss a shot because I was too lazy to pack a lens. I had coverage from 16mm to 400mm in my bag, along with two bodies and a P&S.

My camera bag, which I bought specifically for this assignment, sans notebook and tripod, weighed in at 27 pounds. When we were spending the night, if they had electricity, I would offload the day’s images onto the notebook and two portable drives which I kept in separate bags. 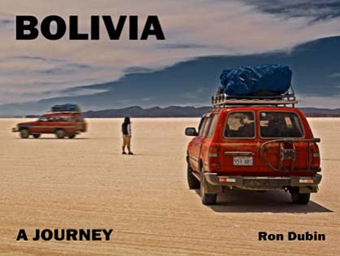 What advice would you offer to people visiting Bolivia?

Bolivia is a truly beautiful place which is off most people’s radar. Unfortunately, it’s also a country that’s in the midst of political upheaval. On the practical side, if you go, give yourself a day or two to acclimate to the altitude and take the altitude sickness pills. They make a difference. You can also chew on coca leaves (I skipped that remedy; my gums are still numb from the 80’s).

Dubin’s book, Bolivia, A Journey, can be purchased at blurb.com. He also maintains a website, Ron Dubin Photography.

Grab Matador’s Free Report 15 Publications That Pay
For Travel Photography and help accelerate your career as a photographer.

Tagged
Photo + Video + Film Bolivia
What did you think of this story?
Meh
Good
Awesome

Here Are the Cheapest Places To Travel in South America 2017

5 Things To Know Before Traveling To Bolivia

Is Bolivia a Sign That Latin America's 'Pink Tide' Is Turning?