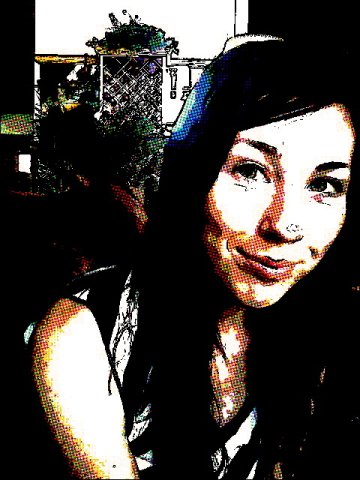 Matadorian Jenny Williams is writing award-winning fiction and nonfiction. Here’s what she has to say.

Jenny Williams was one of Matador’s original members and among its first contributors. I’ve been stoked to work with her and follow her progression as a writer over the last two and a half years, particularly her work outside of non-fiction / travel writing.

Whereas so much of current fiction seems like a parade of alienation and self absorption, Jenny’s stories have a strong root in place, character, and connection. It seems like the kind of writing that could only come from a traveler.

Jenny’s been killing it in 2009. Earlier this year, her travel narrative The Ringer was anthologized in The Best Women’s Travel Writing 2009. Later this winter she scored an interview with acclaimed author Phillip Lopate.

The latest news is that her short story “The Fisherman’s Wife” has been selected as one of the top ten stories published online during 2008 by storySouth Million Writers Award. Please check the selections and cast your vote for the winner here.

She explains it like this. Imagine you are walking down a road you know well, all the while thinking of something else: a story you’re planning to write, or an interesting article you read in that morning’s paper, or what your lover whispered in your ear last night in bed. A flicker of thought, and you’ve traveled the length of the road one end to the other. You didn’t even know your feet were moving. –From “The Fisherman’s Wife” by Jenny Williams

I chatted with Jenny for a few minutes today on this story and fiction vs. nonfiction writing in general. Here’s what she had to say:

[David]: First up, “The Fisherman’s Wife.” Is it fiction / a fictionalized event?

[Jenny]: Yes and no; the character of Stella is based on my grandmother, who was born and raised in scotland, and the narrator is a kind of authorial/writerly figure. But part of the point of the story is to explore what it means to “imagine” a life — in other words, what it means to create fiction from fact.

I love that: “imagining a life.” Do you have an established pattern for creating fiction?

Every story is different. Sometimes I start with a character that fascinates me — “The Fisherman’s wife” is a good example. Other times I’m struck with a situation or a moment, and then the characters spiral from there. I’ve also written a few stories entirely based around a title that intrigues me, e.g. “the invention of zero.”

It might betray my clumsiness as a fiction writer but I feel more bound to wait until I have something that really moves me before I put pen to paper.

Is your approach different when you’re working in non-fiction / travel writing? 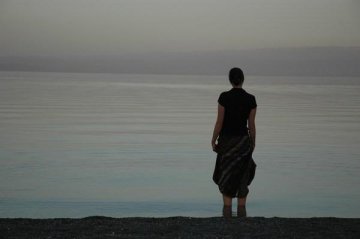 Good question! I guess when I’m approaching a travel essay or narrative, I have a good sense of my boundaries before I begin.

I know where the story starts and where it’s going to go — and I definitely recognize the moment where the piece will shift, the moment of revelation. Then I just have to get the details right.

Writing fiction is much more organic, and I try to let myself follow the story as it reveals itself. I don’t usually know what’s going to happen in a story until I get there. I love that feeling of being surprised by my own creation — when i stop telling the story what it’s about and it starts telling me. Both processes are equally satisfying in the end, though.

Any advice / inspiration for other writers out there struggling to find their voices / stories?

Go slow. Don’t put too much pressure on yourself to publish right away. Read things that challenge you, that make you think about writing in a new way. And I might be in the minority here, but I believe that writers should always put their readers first.

Yes, writers should write what stirs them and be true to their own voice. But once we write something and release it into the world, it no longer belongs to us. It belongs to the people who have internalized it in some way. I think if more writers understood and appreciated that, we’d see a lot more writing that’s actually enjoyable to read.

Please read and vote for Jenny’s story here. You can also connect with Jenny via Matador or her personal website.