On a marathon Holy Week trip across Mexico:

This morning’s spectacle put Doña Charo in a melancholy mood.

We stood out on the water tank earlier and watched some poor, sweaty guy carry a cross up the steep road, while Roman 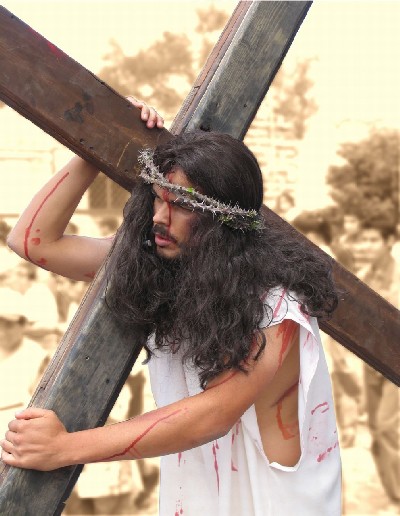 soldiers in shiny golden helmets whipped him and yelled insults. Behind them, a good sized crowd sang, “God, forgive your people” over and over, and Doña Charo blinked back tears.

Now, in the blessed cool of the evening, my mother-in-law and I are rocking in the hammocks, talking about–what else?–The Baby. “Having a baby is the most wonderful thing that can happen to a woman,” she tells me. “Es lo maximo para una mujer.”

I’m not sure about that, not yet anyway, but I keep quiet, and she continues, “I keep hearing about these girls who abandon their babies. They just have them and leave them in a trash can or on the street. I can’t understand it.”

I put my hands on my barely-round belly and wonder how far to go. Doña Charo is the best person in the world, but she’s also on a Catholic guilt-bender today, and you never know.

Finally I tell her, “I think most of those girls didn’t want to be pregnant in the first place, and they don’t see it as a baby. Just as a…thing that’s causing them problems, and they want it to go away. And probably they didn’t have the kind of lives that taught them to be nurturing.”

We swing for a while. You can’t see the ocean from here, but you can smell it if you concentrate. I concentrate.

“Maybe so. But couldn’t they leave them somewhere safe? Those poor babies.”

I imagine the mango-sized baby inside me, plashing in a private ocean. I want this baby. But I think, “Those poor girls.”

Ibis is at his interview, and I sit in a plaza, hoping. We live in a city that we hate; we want to come live here. There’s more riding on this day that either of us is willing to articulate, and I’m trying not be annoyed that there’s nothing I can do about it but wait.

So I watch the people.

A young woman walks by with maybe her grandmother. The old woman is bent and slow moving, but the younger woman leans heavily on her shoulder—her heels are so high, she can hardly walk.

A chubby baby, following the balloon man with the staggery, determined walk of the newly ambulatory, with each step stabbing her foot into the ground as though she means to plant it there. 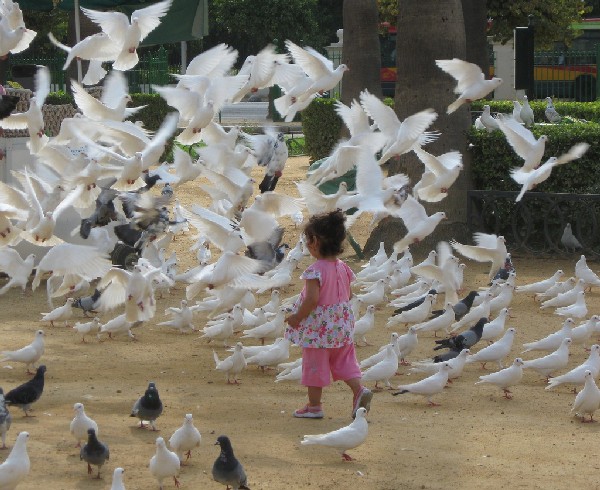 One little girl, maybe four years old, is chasing pigeons. She shrieks with laughter, running around and around the basin of a dry fountain. Each time she grabs at a pigeon and it flutters away, she screams with surprise and delight. She is perfect.

After a while she climbs out of the fountain and careens across the plaza. She crashes into a man’s legs and almost falls, but he grabs her arm without even looking at her and keeps her on her feet.

At a government building across the street, elderly people are lined up in the hundreds, a sea of beige cowboy hats and grey braids. The men wiry and impossibly thin, the women thick and slumped from too much childbearing and too much work. They each clutch a manila folder. It’s so hot, and some of them look so frail. They inch forward. I wonder what’s going on in there to inspire such patience.

I turn back around and the little girl is a streak of yellow shorts and flopping black hair, far across the plaza, scattering pigeons like confetti.

It’s going on two o’clock in the morning, and we’ve been driving since two o’clock in the afternoon. Almost halfway across Mexico, the long way. We have to be in Pachuca tomorrow, and we’re buoyed mainly by the fact that Ibis’s interview went well, though there are still no promises.

We pass through a corridor of strip clubs—The Moon Night Club, Top Hat Men’s Club, Peaches, Tahiti. (One of the many enduring mysteries of Mexico is why nearly all the strip clubs have English names.) It’s quincena, payday, and the parking lots are all full. 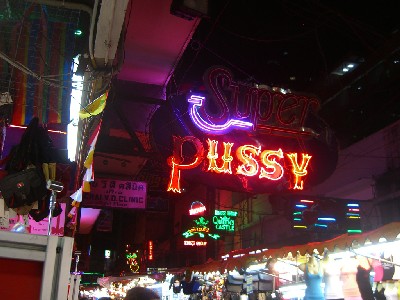 Just past the night club lights, on the side of the highway, two pale apparitions of bare legs and long hair, waiting for business. Such a lonely sight. I wonder if their families know where they are. I try to imagine the anticipation and dread, standing there: Will this one stop? Will he pay up? Will he hurt me?

Long after we’ve passed them, they flicker behind my eyelids every time I start to fall asleep.

We just miss the first rain of the wet season. We left behind a city as dry and cracked as a chapped lip, earth so dry it made you thirsty to look at it. Now, at three in the morning, our tires hiss over wet asphalt.

We’re greeted, as always, by a larger-than-life Iran Castillo, TV star and erstwhile nudie model, who is the face and body of a massive campaign to bring more tourism to Hidalgo. She stretches on across billboards all over the city, smiling seductively, with Hidalgo’s natural wonders superimposed over her naked body. 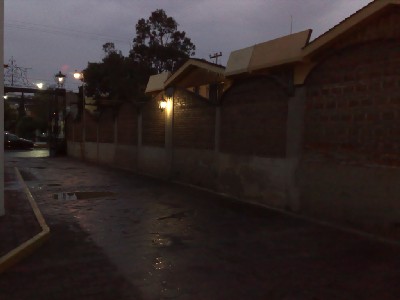 I would feel better about this, I think, if she were quoted somewhere: “I went to Hidalgo, and it was beautiful!” If it had anything at all to do with her as a person, if it even pretended to. But no.

And then–is it a quirk of the plastic she’s printed on? An exhuastion-induced hallucination? Headlight glare plus wet? Does she wink?

We drive through our silent neighborhood, bump into the driveway, stumble out of the car, past the damp magenta bougainvilleas, and into the house. My last conscious act of the night is to open the bedroom window, to let in the smell of rain, the promise of life.