I walk through your poorly paved streets licking a cold ice cream cone that cost me three pesos, equivalent to 10 cents in USD, and I worry that I might have to pay for it later in the bathroom. Despite my worry, I slurp my ice cream and take a moment to gaze at what’s around me without wanting to blend in, or take pictures, this moment is just meant to feed my mind.

I’m taken aback at how your buildings are so old, and so poorly restored that they look apocalyptic; I fear that if the wind blows too hard, houses will crumble to the ground adding to the rest of the rubbish in the streets. Speaking of which, I’m disgusted at the amount of garbage that garnishes your sidewalks, almost as if you were trying to make a fashion statement; where are your trash cans?

I cringe at how many stray dogs, cats, and chickens run rampant in your neighborhoods.

I feel guilty when I see five children running around barefoot chasing a deflated ball for fun. I smirk at the little girl who smiles at me while she rips a cardboard box to make her own version of a dress up skirt; creativity in the raw.

I wrinkle my face when I pass by gutters and alleys with the most putrid smells ever to enter my nasal passages. I wipe the sweat off my forehead before 1PM hits. I get irritated at the constant yelling that I hear from neighbors exchanging messages through their balconies. I’m baffled at how one sandwich can cost less than $1, but how an average Cuban only makes $20 a month. I question how people access information when WiFi costs $2 an hour, I can’t even respond to Facebook messages and read emails in that time, how am I supposed to get answers to all of my life questions on Google in one hour?

I’m confused when I see a Cuban man wear an Uber Driver tee-shirt, or when I see a lady carrying a Publix bag, how did those get here? 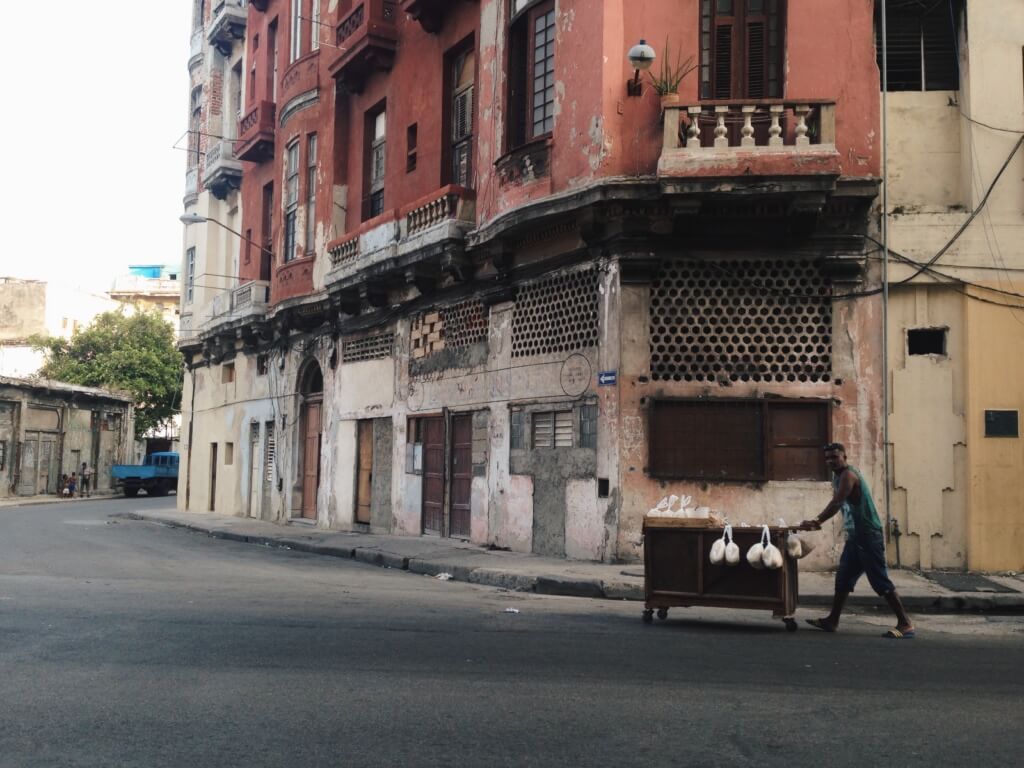 I’m enraged when I hear men catcalling women at least 10 times a day, but barely hear women speak. I’m relieved when I remember a loose napkin in my bag as I walk into a bathroom without toilet paper, again. I’m bummed at the reality that Cubans who have family members in The States and are significantly better off than those who don’t. I’m tired of dodging hustlers on the street who try to scam me out of money for every little thing, even if they think I’m Cuban. I’m sad when I hear that people who work in tourism make more money than doctors, simply because tips amount to more than government salaries.

And to be really honest, I’m impressed that with all of these obstacles that I’ve only had the honor of experiencing for 20 days, your Cuban people manage to have the highest level of talent, energy, sense of community, and happiness that I’ve witnessed.

Life here is hard, but it’s a constant party in your grungy streets; personal freedom is welcome. Beers and cigars to go around. Families stick together for the most part, sometimes even a little too close. Sundays usually mean 10 cousins, brothers, sisters, uncles and aunts all crammed in a tiny, windowless living rooms laughing at a static-filled television and drinking a Cristal, Cerveza Nacional, “la preferida de Cuba.”

Then I reach the end of Havana, and look out towards the Malecón. I wonder if the hat-wearing tourists who excitedly wave their arms and take pictures from the back of the hot pink 1950s convertible will ever get to experience the Havana I did; what my Cuban friend called the “Cuban way of life.” 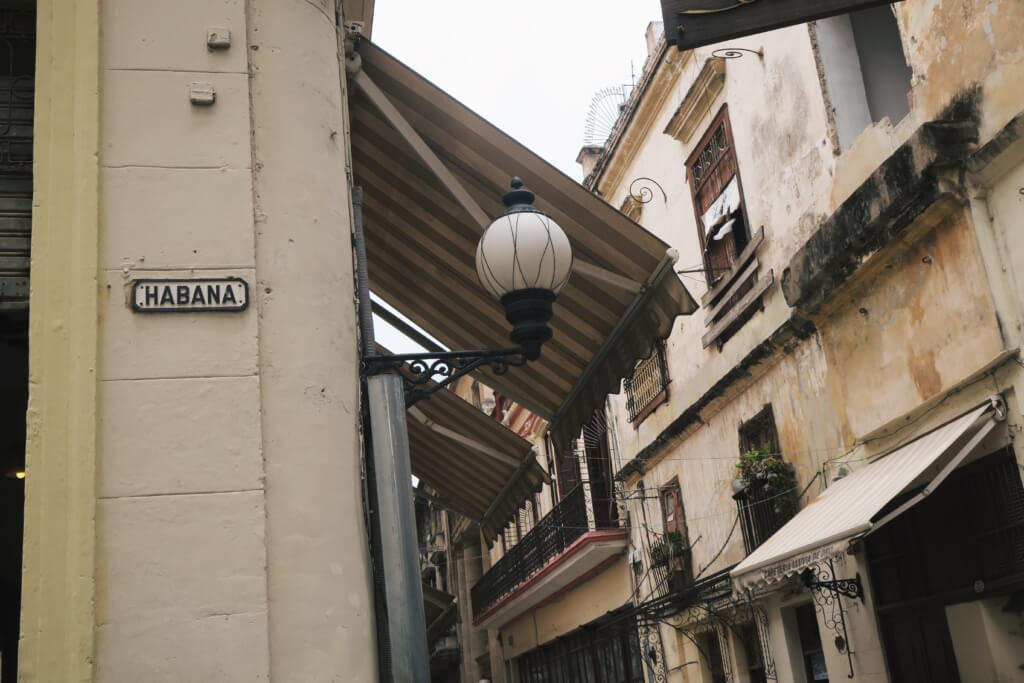 Havana isn’t this magical, untouched wonderland filled with coconuts, cigars, and Salsa dancing that you see in posters. Life here is difficult and filled with sacrifices. It’s the kind of place where someone has to choose whether to buy their monthly groceries, or recharge their cell phones to communicate with their friends and family. It’s a place where even simple luxuries are only dreams. A city that gives an average American perspective to how much we have, how much we waste, and how much we take for granted.

Havana, I now understand that there is beauty in your architectural deterioration. I appreciate your lack of connection because that brings people together; humans interact with one another without a screen coming in between. I’m thankful that your government salaries allow artists, musicians, dancers, and singers to work on their craft; you have enough talent to fill the world with Broadway stars, but since all the talent stays in Cuba, every live music performance here is Broadway quality without the expensive ticket stubs. I’m happy to help strangers by tipping a little extra, or by giving away clothes I barely even wanted to begin with. And I’m excited to have learned from your people in their own language, to have heard about the Cuban life from Cubans themselves.

And while I’ll never be sure if the fancy tourists taking pictures from the 1950s convertibles will ever brave enough to step out of their breezy taxis to experience heat, discomfort, and overall culture shock, I’m absolutely glad I did.

I want to thank you, Havana, for reminding me that happiness isn’t based on the latest gadgets, software updates, and fast WiFi speeds; but rather is based on a community who overcome and persevere together, and about finding joy in the smallest of things.

This article originally appeared on ShutUpandGo.travel and is republished here with permission.

Tagged
Narrative Havana, Cuba
What did you think of this story?
Meh
Good
Awesome

Major Lazer Just Rocked Cuba. You Have To See This To Believe

Raul Castro To Obama: Thanks, Barack. Now End the Sanctions

A Conversation With OMNI: The Underground Voice of Cuba

How To Spend 16 Hours in Havana, Cuba

What's Going on in This Cuban Church?