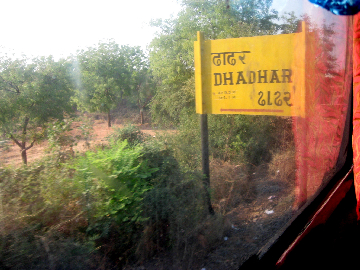 Photos by the author.

Notes and photos from Divya Srinivasan, a student in Mumbai and frequent Matador contributor.

The train began to move and my friends ran along. They were almost jogging and I watched as the train overtook them, watched my mom stand and watch me go.

Soon they were all out of sight and so was the station platform. I got back into the compartment and took my seat. There was an elderly couple next to me.

I was traveling from Mumbai to Northern India, a 30 hour journey. By evening my iPod battery gave up on me and I took a break to look at things.

I fidgeted a little and caught the attention of the lady next to me, she said in Hindi “Where does a young girl like you travel alone to?” I told her to volunteer with an NGO.

Soon we were chit chatting like old friends and her husband joined in. I learnt they were Sindhi’s from Sind which now politically falls under Pakistan. When India was partitioned they didn’t want to be part of Pakistan so gave up their home, land and family, crossed the border onto India on foot.

They told me about their life thereafter and what a disappointment India had been. I felt angry and defensive but I didn’t say anything.

Night came and I retired to my bunk. I don’t remember when I dozed off but was awoken sometime in the night by loud fighting and shouting. The police were conducting a random check on the train and someone had been caught with alcohol. We were in a religious section of the country where alcohol was prohibited, besides you’re not allowed to travel with any booze on you. 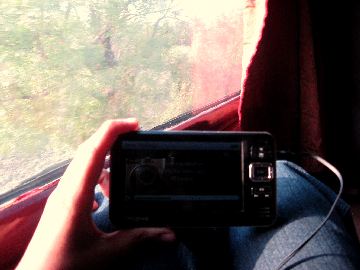 The police moved down the train and I could hear them approaching me. When you see the cops you feel like you’re in danger rather than safe and secure.

My heart began thumping even though I knew I had nothing on me and there was no reason for them to pick on me. The curtains of my berth were drawn and I heard the policeman ask the conductor:

The conductor responded “it’s a girl, from Mumbai, she’s only a child”

And I heard the policeman walk away.

On inquiring from the conductor I found out we were in the middle of the Rajasthan desert. That was a scary thought. The train began to move and the next thing I remember is loud shrill voices screaming “chai” (Tea) and light flooding in from somewhere. Then I was dreaming that I was swimming and I couldn’t figure out which side was up because there was light in every direction and some annoying voice was saying something about tea.

I woke up then and found that I was in Delhi, still had a few hours to get to Haryana. I bought some chai for 5 rupees and settled down. I went off to relieve myself and stare at the ground through the small hole through which I was expected to dump. It felt weird but I did what I had to do.

The elderly couple had gotten off at Delhi and I was alone in the compartment now.