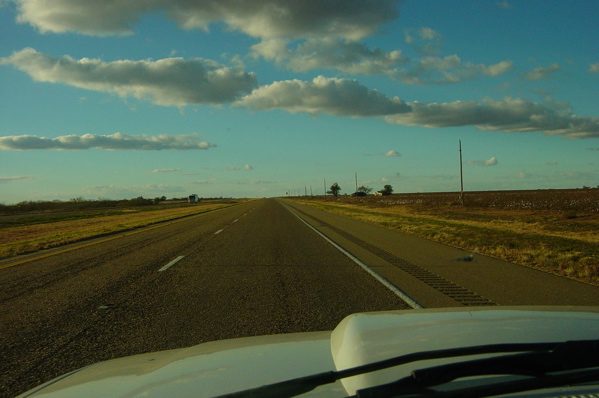 Notes on, among other things, finding one’s way across strange territories.

IT WAS WELL INTO THE UNMITIGATED SEAR OF JULY when they finally came upon the first settlements of Quivira.

They were seventy-seven days out from the embers of Tiguex, give or take a few, nine hundred and fifty leagues from the City of Mexico, somewhere in what is now central Kansas. They were probably less than a day’s ride from the site where four hundred and sixty-four years later a retired financial services magnate by the name of Steve Fossett would set off on the first non-stop solo circumnavigation of the globe by aircraft.

They’d been expecting big things. Their guide, whom they called the Turk, “because he looked like one,” but who was more likely an expatriate (or ex-slave) Wichita or Pawnee, had said, sometime during the long winter holdover on the Rio Grande, otherwise spent besieging a mud-walled village, shooting crossbows and arquebuses, dodging arrows, setting fire to dwellings and people and being snowed on, that not so many days’ march to the east:

there was a river in the level country which was two leagues wide, in which there were fishes as big as horses, and large numbers of very big canoes, with more than twenty rowers on a side, and that they carried sails, and that their lords sat on the poop under awnings, and on the prow they had a great golden eagle. He said also that the lord of that country took his afternoon nap under a great tree on which were hung a great number of little gold bells, which put him to sleep as they swung in the air. He said also that everyone had his ordinary dishes made of wrought plate, and the jugs and bowls were of gold.

Which sounded pretty goddamn good. Worth checking out, anyway.

Francisco Vázquez de Coronado y Luján had left his native Spain for Mexico at age 25, there to be named governor and judge of the Kingdom of New Galicia. At 30, on the strength of what seemed like credible, if second-hand, reports of the seven great cities of Cíbola, wherein “there is much gold,” and where “the natives maintain a commerce in jars made from it, and in jewelry for their ears and spatulas with which they scrape themselves and remove their sweat,” he set off to the north with 1400 men, 1500 animals, arms, hard tack, wheat, oil, vinegar and “medicines.”

Cíbola, which turned out to be a collection of rather modest Zuni pueblos, the primary wealth of which, at the time, could be measured in pine nuts and functional pottery, was a bust. And so it’d been good news indeed, after a year on the trail and nothing yet happened upon, material or otherwise, to even begin to justify the extraordinary investment that had been made in the expedition, to hear of this place Quivira. 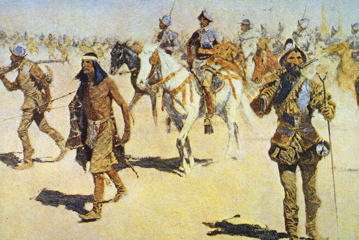 Coronado Sets Out to the North, Frederic Remington

Coronado followed the Turk nearly 800 miles across the Staked Plains (el llano estacado), across the sky-pressed panhandles of Texas and Oklahoma — across country, as Coronado described it, “with no more landmarks than if we had been swallowed up by the sea… not a stone, nor bit of rising ground, nor a tree, nor a shrub, nor anything to go by.”

It was one man’s duty to count steps as they marched, and to have them written down by a scribe, such that those same steps could eventually be retraced. They marked their way with piles of bison dung. At night they built great bonfires of the same stuff, shot off their guns, sounded trumpets and beat drums in order that those who had been lost during the day might find their way back to the group.

(On the return trip, a new guide would teach them a greatly improved method of navigation: that of shooting an arrow in the direction of travel, then, before reaching the place where it had stuck, shooting another — and so on throughout the day.)

They survived on bison meat smoked over bison dung. They cowered under hailstones “large as small bowls and larger” that dented helmets, shattered water gourds and injured horses. They drank mud, when they could find it.

Eventually they came to the Arkansas, where they saw their first native Quivirans, eaters of raw meat, clad, if at all, in buffalo skins — “as uncivilized as any I have seen and passed until now,” Coronado would write in his letter to the King. They swam their mounts across the silt, and so entered the fabled province. Nearly a week later they came upon the first assemblage of thatched huts along the banks of the Kansas River.

The men were tall, the women well-proportioned (with “faces more like Moorish women than Indians”). The dwellings seemed a slight improvement on the rustic, animal-skin teepees employed by the other Plains people they had seen. But there were no horse-sized fish, no grand sailing canoes, no gold bells swinging in the breeze. 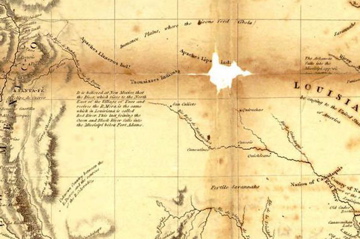 For twenty-five days they rode the length and breadth of the province. They found neither gold, nor silver, “nor any news of such.”

The Turk, under who knows what duress, admitted having made the whole thing up. In part, he said, because the Puebloans back on the Rio Grande had begged him to get the Spaniards lost — hopefully forever. And also because he’d wanted to get back home.

And so, not far from his home, those stinking, bearded men from another continent treated him to what was then the most up-to-date, most fashionable method of execution, the garrote.

One of the Quivira leaders wore a piece of copper hanging from his neck. It’d likely been mined and fashioned in Mexico. Coronado took this, or was given it, and also some small copper bells, to send along to the viceroy of New Spain as evidence of the only metal they’d seen in those parts.

And then, in anticipation of the coming monsoons, and the snows thereafter, and thereafter bankruptcy, divestiture of title, and death, and eventually, over time, the evolution of ever more complex financial instruments and man’s first solo unsupported flight around the globe (in 67 hours, 1 minute and 10 seconds, at an average 342.2 miles per hour), he turned his crew around and headed — one arrow at a time — in the direction of the Rio Grande.

7 essential stops on your sports tour of Dallas

The ultimate beginner’s guide to every style of Texas barbecue

This Texas movie theater is dog-friendly and provides unlimited wine

Faith on the frontier: Exploring the El Paso Mission Trail

These are the best breakfast spots in Dallas