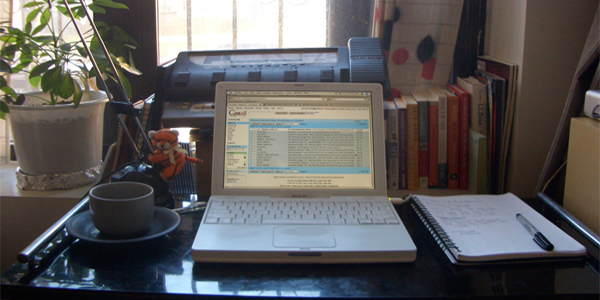 Hope Clark had a job as an administrative director for a federal agency, handling grants and loans.By night, she wrote book reviews for a website, starting in 1997, when the internet was still relatively young.

She didn’t know it then, but Clark was beginning a career path that would see her become a freelancing guru for thousands of writers around the country.

Her online book reviews gained a following of readers, who began complaining to Hope about the costs of computer-related items like internet connections, printers, and ink that they encountered as they pursued freelance opportunities. Based on her experience at her day job, Clark offered the kind of money-making advice that came most natural to her – she gave them tips on how to find more opportunities as writers for hire. 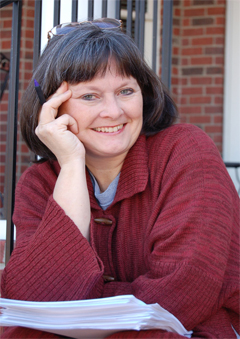 The readers started emailing her at home, and word started getting around within circles of friends. Clark wanted to write a book, not type out dozens of emails, so she put together a weekly newsletter.

The idea continued to catch fire–the newsletter grew to 1000 readers within a few months–and Clark found herself with a unique problem on her hands.

“Actually, I kept trying not to do the newsletter because of my desire to write a novel,” says Clark now, looking back on the origins of a newsletter that now reaches 21,000 readers a week. “But I kept getting drawn to the newsletter and the continuing emails for assistance.”

The newsletter became known as Funds For Writers, and was officially born in March of 2000, nine years ago, becoming the first real resource on the web for writers looking to make a living on their talent.

The original newsletter is free, and the service has grown to include a newsletter for lower-paying gigs, a beefed-up version that costs only $12 a year, and even a newsletter for kids that includes outlets where they can submit their work, which is heavily used by teachers in schools across the country.

Clark retired from her federal job in 2003, and has devoted herself full-time as a writer and the force behind a service that has started countless readers down their individual journeys as writers. Her list of success stories is as long as one of her newsletters.

“One young lady attended a year long fellowship in Germany. One won a grant with the Society of Children’s Book Writers and Illustrators. Some have found publishers. One established a series of children’s books. But the ones I enjoy are those who published the first time or won their first award,” Clark says.

Clark says that she is motivated the most by thanks from her readers, and even though the service has grown larger than she had ever anticipated, she works hard to maintain the intimate feel that was present when she was answering emails one at a time. 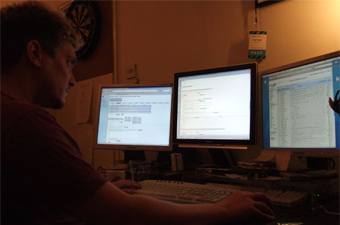 “Anytime I think that I’d like to move on to other things, I receive a flurry of thanks from several readers who elaborate on how I’ve made a difference in their lives,” she says.

“A lot of people and entities have a web site and slap up information on it, with little care for the reader. Since I appreciate the personal touch by any business I deal with, I feel it necessary to be helpful to my readers. Too many businesses are way too cold.”

Though some talking heads have called our current economy a “gig-based” one, Clark isn’t necessarily buying the new designation.

“Writing is gig based. All I see in this new economy is more people testing their hand at being a freelance writer,” she says.

The waves of recent layoffs and general unemployment could be leading to the swelled ranks of freelance writers, but Clark knows how tough it can be out there, and it’s only getting tougher.

“Those stepping into the arena now, since they’ve lost some other line of work, are entering a highly competitive marketplace,” says Clark. “Many magazines are going under and hiring fewer gigs. As a result, compensation to writers is decreasing. Once upon a time a writer could stumble along for a while, learning the trade as they became established. That’s harder than ever before now.”

Clark offered some tips for writers trying to keep their heads above water while doing what they love:

For more on Hope Clark, please visit her website, Funds for Writers.

39 of the most breathtaking natural wonders in the world
Royal Caribbean is looking for volunteers for ‘simulated cruises’
Little-known places to get the most breathtaking views in Kauai
A time capsule from the north pole just washed up in Ireland
This new, glass-domed train will take you on an epic journey through the Rocky Mountains