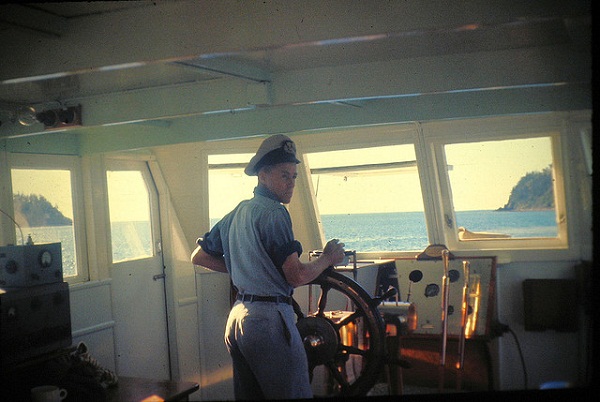 This could be you. Photo by pizzodisevo.

I became a licensed captain because I wanted to charter my family’s sailing schooner.

My dad is a 30-year veteran but refuses to adhere to the standards of a Federal license.

As a result, I’m the captain aboard my father’s ship, he is the skipper. I am ‘in command’ while he is ‘in charge,’ and legally it’s my ass on the line if anything happens to our passengers or the vessel.

Being a boat captain has its perks. You are the Top Dog, The Man in charge, the alpha-chicken in the boat world’s pecking order. You can work anywhere on the coast, you aren’t held to the same social standards of a regular boss, and occasionally you get to wear a great hat.

The downside is that work hours and free-time are highly irregular. Your social perspective may be skewed by seamen-like shore leave. And relationships suffer because you can’t just call home from sea.

Furthermore, unless you get a gig on a private mega yacht, or racing in the America Cup, chances are you’ll end up working on a ferry or tug boat. Small boat captains don’t make that much money, though it is more lucrative than being a deckhand.

There are two ways to achieve the title of “Boat Captain.” one of them is to buy a boat, take it on the water, and declare yourself ‘captain.’ The other is to apply for a license through the U.S. Coast Guard. Commercial fishing boat skippers don’t need licenses, neither do pleasure yachters, but to become a captain, and be paid under that title, mariners must be licensed.

The irony of this is that applicants don’t have to actually prove they can drive, sail, or dock a boat. Driving tests remain a landlubber’s milestone.

Applicants need 360 days on the water, at four hours each day, documented within the last five years.

Time is the most discerning prerequisite to becoming a boat captain. Applicants need 360 days on the water, at four hours each day, documented within the last five years. If your sea-time was spent under the command of another captain (licensed or not), you will need their signature on the documentation.

If you are a cook, a deckhand, or a maid aboard a vessel, you are getting sea-time regardless of actual boat-related duties. Yes, you may work as a blackjack dealer aboard a cruise ship and be getting all the sea-time you need to become a captain.

Applicants also need three character references, from boat captains or others, but note the importance of appropriate references, especially since all materials are filtered through a Federal Government bureaucracy. My references were from a licensed captain and former boss, an uncle who is a commercial fisherman, and a friend who participates in sail racing, all three owned their own boats.

Requirements beyond these two are either physical or legal. You need to pass a five-substance drug test, a physical exam, and have CPR/First Aid certification. Most boat companies require these physical marks anyway and will likely pay for the test and certification.

A thorough background check and finger printing are also required, and don’t forget to bring your Social Security card to the licensing office. This process is not for the bureaucratically squeamish. Check out this site for the top 10 reasons an application might be delayed. 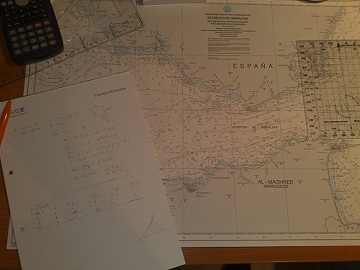 Studying up. Photo by teleniek0.

I paid $1,100 for a six-week course in the basement of the local yacht club; otherwise the Coast Guard licensing fees are about $255, including the application, exam and processing fee. In a room of 20-odd men I was the only girl and the second youngest student.

Since I was fresh out of college I realized within a couple of weeks that I could have studied on my own and passed the tests. This was not the case for my older peers and I don’t recommend taking the exam without some tutorial. Check out exam questions here. You can also take the test at a regional exam center located through the Coast Guard licensing website.

For job opportunities go to www.boatcaptainsonline.com. Or just start walking the docks. Remember, having your license doesn’t guarantee your qualifications, and nothing speaks louder than experience on the water.

Darcey Maher grew up migrating between three coastal cities on the Pacific rim and picks up local jargon way too fast. She is a sometime editor, freelance writer, and a restless boat captain. Her writing has appeared in the Sitka Sentinel, Bellingham Weekly and Planet Magazine. When not shirking landlubber responsibilities, she is running her charter business, SailMycia, on trips through the Inside Passage of the Northwest coast.

This travel website will pay you $1,000 to binge wanderlust-inspiring movies

Ask the experts: Travel tips and stories from airline professionals