I began writing because I was a horribly shy, introverted child. It was a way to get my thoughts out of my head without having to endure the hideous ordeal of leaving my room and talking to an actual person. 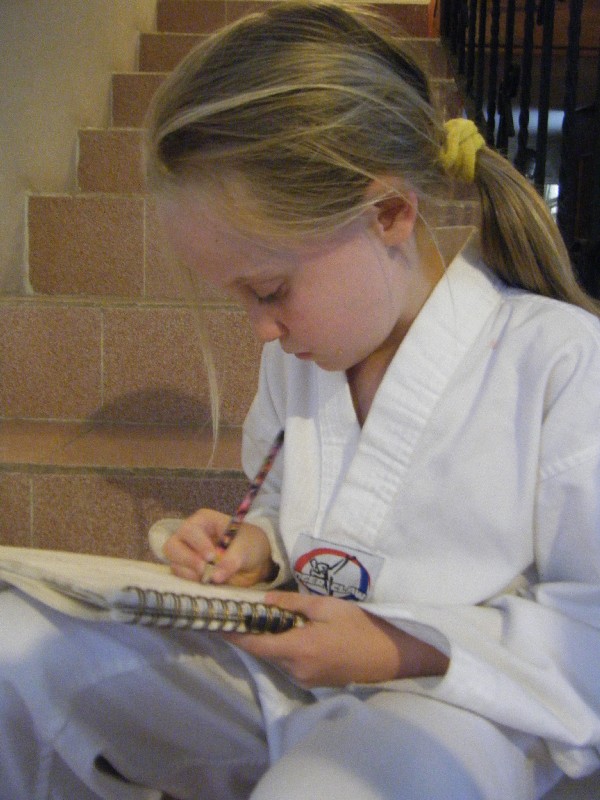 But like any discipline that we approach with dedication—be it meditation, carpentry, cross-country skiing, or bee-keeping—writing has a funny way of teaching us just what we need to know.

This is some of what I’ve learned:

I used to walk into mailboxes a lot. Mailboxes, lampposts, bushes…it was a family joke. I was so wrapped up in the world inside my head that I forgot all about the one around me.

It’s hard to write much more than a diary from inside your head, though. As I became more serious about writing, I began to look around me a little more: “hmmm, what can I write about?”

I realized the world was pretty interesting. I started leaving my room more often. I even, hesitantly and awkwardly, began talking to people, asking questions, taking risks.

Now instead of daydreaming my way down the street, I hope someone will fall into step next to me. Maybe they’ll have a story. Maybe I’ll write about it, and maybe I won’t. But, what do you know, this interaction thing? Kind of cool. 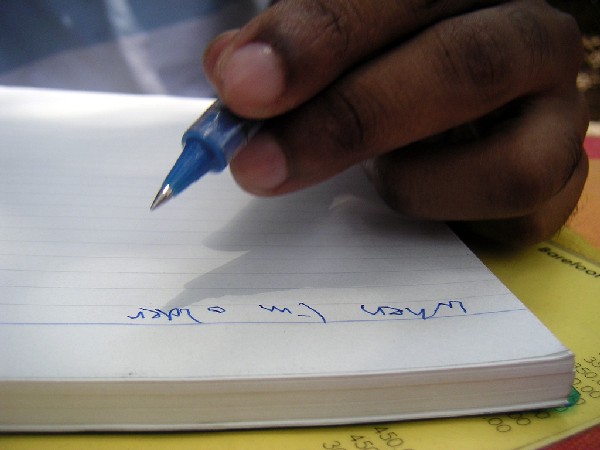 Is there something inherently narcissistic about writing? Maybe. But, paradoxically, writing is also a good way to learn humility.

For one, you have to learn that most people have no interest in reading your diary. That one was hard for me. I used to leave my diary conspicuously around the house and tell my brother, “Don’t you DARE read it!” He never took the bait. I was always miffed by his lack of interest, but eventually learned that “HEY LOOK AT MEEEEE!” is not a good excuse for a piece of writing. 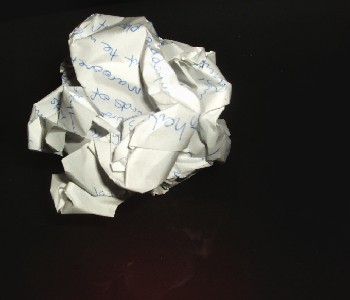 You also have to learn to write something good—a glorious metaphor, a pitch-perfect sentence, a brilliantly-reasoned paragraph—and then throw it away.

It’s so good! You want to share it with the world! But for one reason or another, it doesn’t work in the piece. You throw it away. (Back towards the narcissistic end of the spectrum: you know you can write a hundred other things just as good, or even better.)

Many of the writers I know have remarkably good attitudes about just about any inconvenience or misfortune they encounter. It is, after all, hard to write an engaging essay about a time everything was easy, perfect, convenient, and drenched in sunshine and rainbows.

So the writer settles in to wait for the plane that’s delayed twelve hours, already happily mining the experience for material, while nearly everyone else vents their frustration on hapless airline employees.

The writer endures a bout of poison ivy or giardia, maybe not with a smile on her face, but at least distracted by the knowledge that this will make it into her book, someday.

Symbolism is not just a literary device.

Okay, it sounds a little bit crazy, but it’s true. Writing personal essays forced me to notice that symbolism isn’t this arty, writerly thing you make up. You take it from your life and place it in the essay where it belongs, like a puzzle piece. 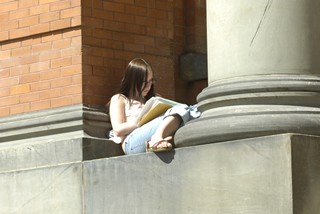 There are symbols that just rise into certain moments, and you can learn to read their messages: “You’re on the right track.” “This is a key moment.” “You took a wrong turn there.”

Often in writing an essay I’ll be surprised to note how smoothly the symbols fall into place: “yup, I was heading for danger with that decision and, look at that, there was a rattlesnake in the bushes.”

In Natalie Goldberg’s book Wild Mind: Living the Writer’s Life, she tells how writing has helped her tune into the magic of words, to the point that she’s able to run her finger along a list of racehorses and choose the ones that will place.

Sounds woo-woo, I know. I certainly can’t do that–though I don’t doubt that Natalie G. can. But I am learning to tune in to the symbols that let me know when I’m on the right track. Who knows what sort of magical power you’ll draw from your writing practice?

Have I made it sound like writing is some sort of guru-therapist-oracle-fairy godmother?

Well…no lie…it kind of is.

What kind of magic has writing worked for you? What have you learned from your writing practice? Share your thoughts in the comments.

Check out David Miller’s thoughts on self-awareness and writing.

Writing not quite enough to get you through the day? Take a look at Christine Garvin’s spiritual keys for dealing with catastrophes.