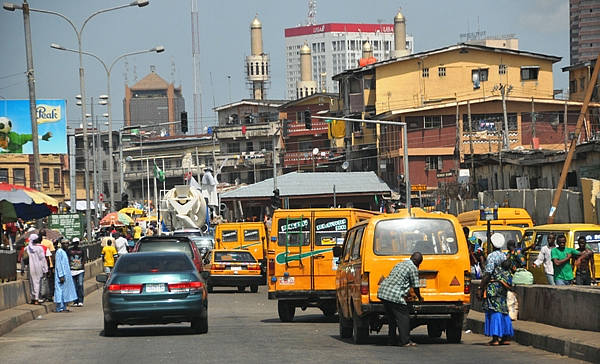 All Photos by Lola Akinmade 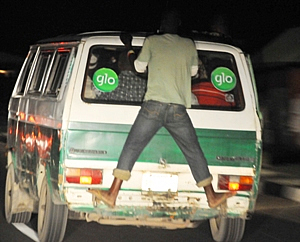 People hanging off the back (not side) of moving buses: 6

Highest number of riders on a single motorbike: 5

Average number of people packed into a 12-seater bus: 30

Number of police checkpoints between Lagos and Ondo: 33

Average distance in miles between each police checkpoint: 2

Times pulled over by police: 5

Times asked for money by policemen: 3 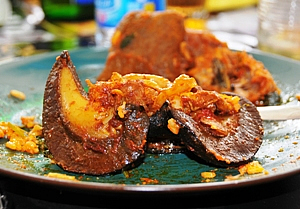 Snails consumed in one sitting: 10

Hours wasted in traffic per day: 4

Number of times passenger side mirror hit by policeman’s baton: 2

Near fatal accident misses over 14 days: 28

Arguments gotten into with policemen ready to seize camcorder: 1

Plates of rice and chicken consumed over 14 days: 15 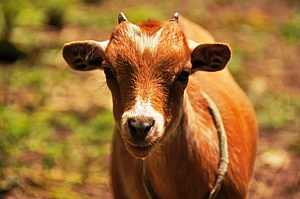 Goats are a delicacy

Number of times “Oyinbo!” (White man) was yelled at fiancé: 4 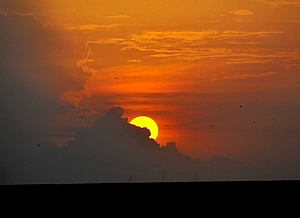 Sunset along the lagoon

Number of snacks bought while sitting in traffic: 4

Number of puppies spotted being sold in traffic: 2

Months till next trip back: 12

Have a By the Numbers you want us to read? Send to david [at] matadornetwork [dot] com

Ready to submit your trip “by the numbers”? Send to david@matadornetwork.com.

Tagged
Narrative Lagos, Nigeria
What did you think of this story?
Meh
Good
Awesome

Do You Know What Nollywood Is?

Think You've Been in a Traffic Jam Before?

My Hometown in 500 Words: Lagos, Nigeria

10 Most Dangerous Waves in the World