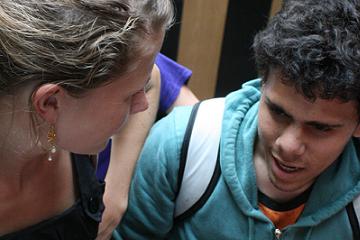 I MET MANY PEOPLE during my two months in Southeast Asia, and we all started off with, basically, the same conversation. If you’ve traveled for an extended period of time, you probably know what I mean. Here, I’ve listed what I feel are the main points of the ‘Typical Traveler Conversation’ and how I think they function.

Where are you from?

Question functions to place others into familiar categories, which enables access to pre-existing mental ‘reference points,’ which subsequently enable access to a familiar ‘system’ of perception, or another method of control over reality, and we feel more comfortable when we have control over reality. This question is so strongly ingrained in travel-conversation protocol that if the question isn’t asked, it becomes noticeable, and we sense a discomfort until we acknowledge it.

The question also functions as an innocuous, seemingly-judgment free way to start a conversation (seems boring, though), or exists because there’s nothing else to talk about. The answer is usually met with knowing nods and something like “Yeah, I thought so” or “I knew that, but which city?”

Ah, I’ve been to where you live. My aunt lives there. I was there for two weeks.

This point is often stated to extend the life of the conversation by logically ‘calling for’ more specific questioning in an attempt to detect points on which to have micro-discussions. Eventually we return to the ‘meta,’ allowing for others to re-enter the conversation with a change in subject or something relevant on the detail level. The claim enhances our identity as more ‘well-traveled’ (read: street-cred) and allows us to ‘relish’ in a piece of shared knowledge, thus creating or reinforcing feelings of similarity, ‘on-the-same team,’ and security. 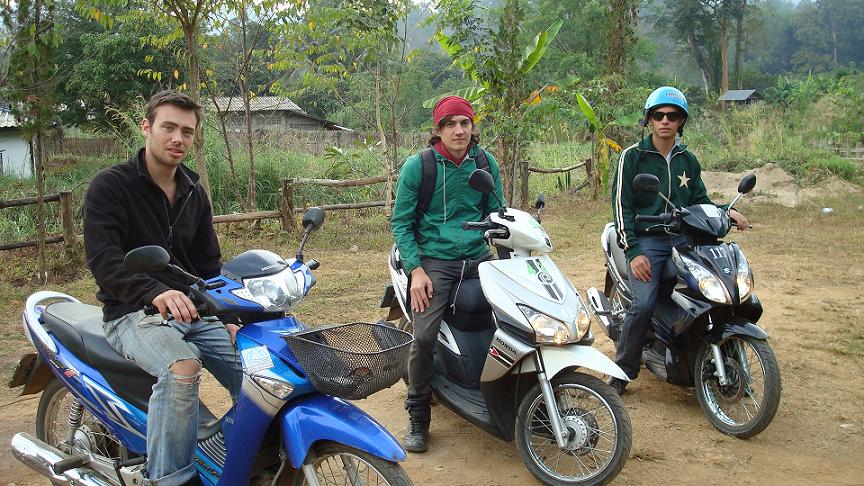 Questions are used to gauge where we stand in relation to the one being questioned – we place ‘street cred-like’ importance on how well-traveled someone is, and we use our perception of our own ‘street cred’ to make a comparative analysis. This analysis is then used as a guide for future interaction, e.g., the subjects on which to speak authoritatively and on which to speak humbly or the perceived relevance of specific changes in subject. The question helps to place others in a familiar category, which in turn gives us more control over reality. The answer often includes an account of where the traveler has been on trips previous.

What did you study?

Question acts as a ‘spring board’ for further conversation. It can enable the recognition of shared knowledge, thus creating or reinforcing feelings of similarity, ‘on-the-same-team,’ and security. It also allows for future reference, if related information is being discussed in a future conversation, creating a longer conversation (less silence), a shared history, and the appearance (to the outside world) of ‘on-the-same-team,’ which, when ‘self-perceived,’ creates stronger feelings of ‘on-the-same-team.’ Allows us to feel that when we talk about ourselves, someone is actually interested. Helps to place others in a familiar category, which gives us more control over reality. Often asked during a lull in conversation.

What do you do for money?

Question acts as a ‘spring board’ for further conversation. It functions to extend the length of the conversation. Like so many other facets of the typical traveler conversation, this question helps to place others in a familiar category, which provides us with more control. Allows us, if we take pride in what we do for money, to deliver the information without the appearance of pride, and instead with the appearance of self-deprecation or neutrality, which can help us believe that the other believes that we are humble and ‘good,’ which leads to us perceiving ourselves as humble and ‘good,’ which helps us to avoid cognitive dissonance and thus decrease discomfort.

My accent isn’t that strong. The people from [city in my country] have really strong accents. Even I can hardly understand them (said mostly by people from the UK, US, and Canada).

Do you have a boyfriend/ girlfriend?

I once brought it up while practicing Spanish, in Spanish, with an Israeli girl; I felt that was a very good strategy, because it would have been difficult to simply ask if she had a boyfriend in English.

Question is used, first, to indicate, passively, and in a non-committal fashion, romantic/ sexual interest, and second, to obtain information regarding the possibility of a sexual encounter.It is often uncomfortable to ask this question.

I once brought it up while practicing Spanish, in Spanish, with an Israeli girl; I felt that was a very good strategy, because it would have been difficult to simply ask if she had a boyfriend in English. However, the question does not often need to be asked: we sometimes ‘drop’ the boyfriend/ girlfriend ‘bomb’ on people to ‘clear the air.’ One of the only typical traveler conversation questions of which one of the main purposes does not include ‘extending the life of the conversation.’

What are you planning on doing when you go back home?

Allows for a sort of emotional feeling associated with the future experience of pining for the literal present. Creates the opportunity for a shared emotional experience, which in turn creates or reinforces bonds. Influences the other to ask you the same question, furthering the group nostalgia or emotional bonding. Answers often help you detect specific character traits, thus allowing you more control over the situation and a better idea of how to behave, increasing probability of being ‘not-alone’ in future group situations because you have proven yourself to be ‘one of us.’

According to this analysis, the main functions of the specific facets of the ‘Typical Traveler Conversation’ seem to be (in no particular order) 1) to extend the life of the conversation/ avoid silence, 2) to place one in a familiar category and 3) to create or reinforce emotional bonds via establishing shared feelings of ‘on-the-same-team.’

What do you think about typical conversations you have while traveling? Please let us know in the comments.