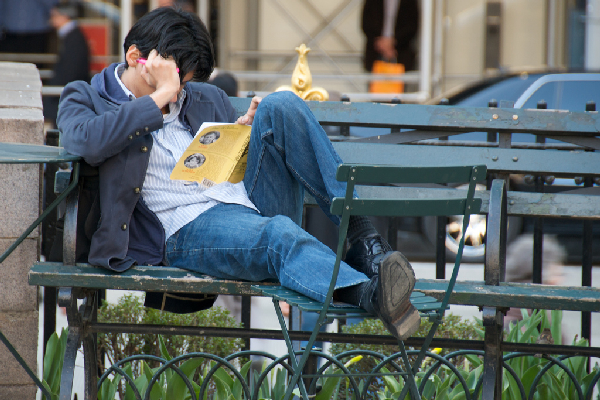 [Editor’s note: This note is an excerpt from the first chapter of Wanderjahr, an in-the-works narrative recounting the story of a young traveler’s explorations of place, people, and self during a research year abroad in Central and South America. At this point in the story, the narrator has recently landed in San Jose.]

As often happens to me in cities, especially when just getting oriented, I wandered around aimlessly stringing together small acts of consumption. I bought a topographic map of the country from a newsstand near the Parque Central, bitter espresso from the café in the National Theatre, and some of the best pineapple I’d ever tasted from a bald man with a blue cart welded to the front of a bicycle.

I even bought a sleek pack of John Player Specials, a fine English smoke that cost a third of what they would have in the States. I hadn’t really enjoyed cigarettes since Ecuador, but they went with the city life, and I figured they might help me blend in with the Costa Ricans, who seemed to approach smoking as a national pastime.

Yet, looking around it was obvious, cigarette or no, that I blended in about as much as an orangutan would have.

By mid-afternoon, I was beginning to feel savvier. I’d already found a hardware store with bencina blanca, as white gas is locally known, and my tongue was remembering how to roll with the language. The Tica Linda was too depressing to hang out in, so I chose a vacant bench in the Plaza and stretched out to do some reading.

No sooner had I reclined with my book then a policeman loomed over me tapping my feet with his polished nightstick. I stared at him for a second, wondering what he wanted—his cleanly-shaven, round jaw and pursed lips, a ridiculously tasseled green uniform and cop cap, a chrome gym whistle hanging from his neck, and an outdated single-action revolver holstered at his side.

“Get your feet down,” he commanded, informing me of my crime. I swung them to the ground, and he grunted and walked off in the direction of a couple engaged in some heavy petting across the way.

Looking around I saw another officer in the same silly regalia, watching over the scene from beside the Theatre. Plaza pigs, protecting the public good from horizontal lounging and other acts of gross indecency.

All US national parks will be free this Saturday
30 awesome Japanese idioms we should start using in English
20 of the funniest idioms for people learning English
The truth about artificial vanilla extract (and why you should always splurge for pure)
Pyramids, art, and mole sauce make Puebla much more than a side trip from Mexico City