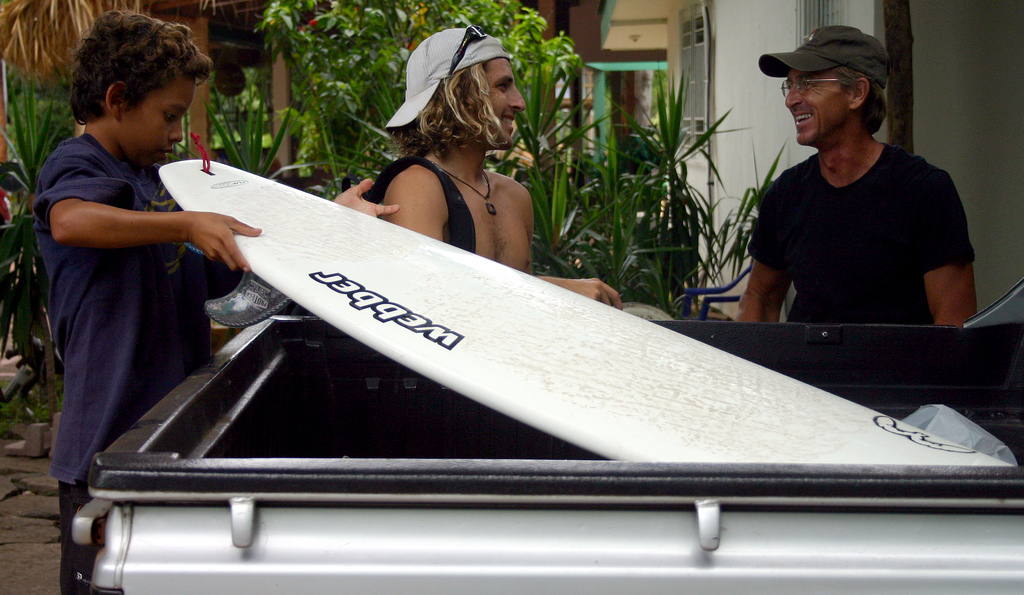 The look on that bro’s face, and always the local kid checking out your board. Photo: adobemac

David Miller recounts some of the different distances he’s traveled.

[Author’s note: all distances are approximate.]

From Mt. Katahdin, Maine to Front Royal, Virginia via the Appalachian Trail: 1,300 miles

I saw what happens to a hundred year-old bar when a television is plugged in for the first time. I learned how to think like a mouse. I got lost and ended up at a farm where they were harvesting cilantro. I went for 5 days without talking to anyone. I woke up one morning with my tarp crushed down to an inch above my face and a foot of snow on the other side of the plastic. I got a ride to town with a middle-aged rabbi who lived out of his car. I hiked with a bro whose mom had cancer.

I saw his face one night after he talked to her on the phone.

From Overflow Creek and the Chattooga and Tallulah Rivers to Athens, Georgia: 70 miles

I listened to a skinny raft guide describe his technique for guiding fat people down 7ft Falls as “hog-leg left.” I paddled by a 5,000 year-old fish-trap and saw a deer drinking from the river. I camped out with a girl by a shoals where we swam at night and then lay down by the fire. I eddied out above Singley’s Falls and told the first-timers “you just follow the water.” I cleaned an 80 foot drop and then pulled up to the bank and got out the safety-kit. I paddled Jawbone 100 times but was somewhere else on a day when someone finally went down.

I met up with all the kayakers before the funeral and heard someone call “safety?” and we all looked around for a second before one of us said “I think Tim would’ve wanted this to be safe, don’t you?” 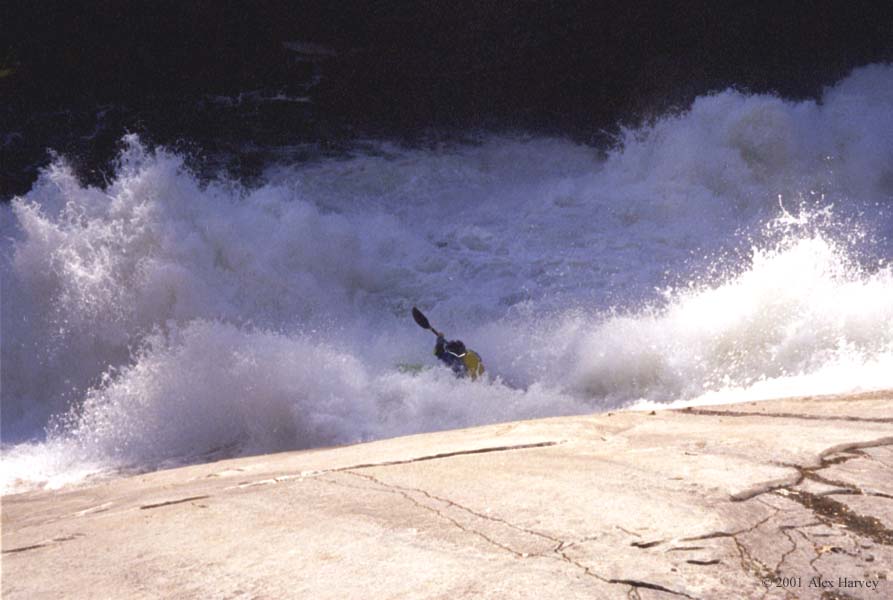 From Cotopoxi to Montañita to Esmereldas, Ecuador: 1,500 km

I camped at 15,000 feet in a summer-weight bag and puked from altitude sickness. I sat on the shoulder at la punta and waited for scraps. I spent one night with nowhere to sleep because of an Argentine girl whose nickname was smurf. I took a bus across the country with no money left in my wallet. I saw what happens when a large city has a total economic collapse.

I got a ride in a 4 x 4 that made it around burning barricades.

I paddled out in a 20-foot swell and learned how long I could hold my breath. I met a Canadian girl who seemed totally “free with her body” and wasn’t afraid of anything. I asked a fisherman if it was OK to camp out on the beach nearby and he took me to a storage room full of drying corn and told me to stay there if I wanted.

I got a ride in a US Army Humvee driven by a soldier who wasn’t allowed to swim in the ocean.

I wore goggles at 6:00 a.m. while setting up cones at a ski resort parking lot. I saw a meth-head drive his 4 x 4 over a Ford Fiesta in his back yard. I kissed a Costa Rican girl on the dance floor of a $5-all-you-can-drink “beach party” at Harrah’s Casino. I saw Kevin Nealon in the back of a ski shuttle wearing the kind of snowsuit that ppl. used to call a “fag bag.” I spent a few days homeless in San Francisco and shaved in a Safeway bathroom. I carried sheets of plywood with a crew of Mexicans in Los Angeles who called the jobsite “Chinga City.”

Photo of camp in Cerritos.

I went to the beach after a three day rain killed all the smog, and saw Santa Catalina Island for the first time.

I hiked up into the Cerritos and smoked Pitaya flowers. I cooked beans and rice over a fire for an Argentine girl (who later became my wife). I helped an old woman carry firewood and when we got back to her house she gave me a papaya. I sang songs at a summer camp I’d been to since I was 4 years old, and knew that it was the last time. I crawled out of a concrete bowl in a skatepark after breaking my femur.

I sat in bed watching icicles form outside the window and started writing about it.

Please send notes from the road to david at matadornetwork.com.

How do you remember the distances you’ve traveled? Please tell us in the comments below.