This morning I went for a walk
The sun beckoned me through the window
Telling me to “stop your computer clacking and get out here!”
So I did
I turned left out my driveway
And began an exploration of a part of town that I’d never seen before
In the year plus that I’ve been living here
And I’ll tell you what
Mountain Station is an apt name for the area
Up and up I climbed
My body taking in the crisp air
And breathing out icy crystals
I followed the roads as they led higher
Not knowing where they led
But knowing that up was where I wanted to go
The trees parted like cinema screen curtains
And drew my eyes over a disappearing river
Down the valley and into the distance 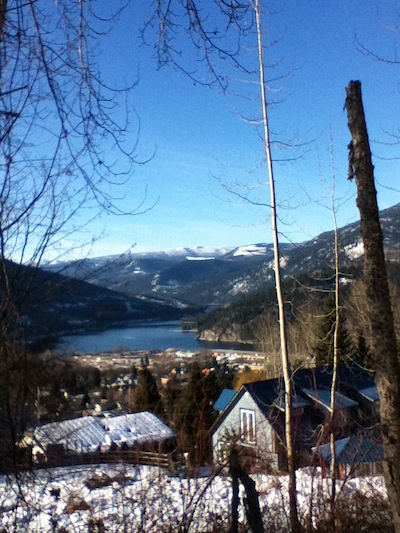 And it struck me
I live in a postcard
I was looking at a rotating rack in a souvenir store
With pictures of snowy peaks
And clear blue skies
And valleys that form perfect V’s
And I felt blessed
I wouldn’t say that I found my soul again
But I would say that I felt it rise a little bit more
The roads continued on which meant
I continued on
The houses grew sparse and a dog barked non-stop
And I had this feeling that I was trespassing
That I shouldn’t be here
That the “locals” would wonder, who’s this guy?
So I just smiled and looked like I belonged
And then it came
The end of the road. 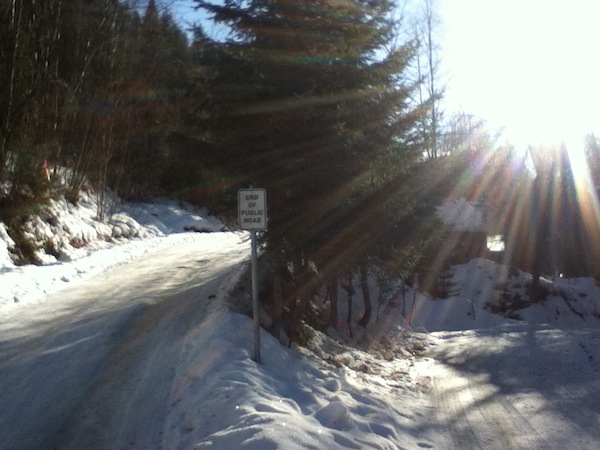 You Won't See the Path Until You're on It

What Trail Are You Blazing?

How To Get Over a Divorce

Notes on Balancing Effort and Surrender

On Saying Goodbye (and Travel Without Traveling)

May 3, 2011 Carlo Alcos
✖
travelstoke
Download the mobile app
stoked by