The moment of disconnect was defined by everything that defines late-season Guanacaste. It was hot and lethargic, and the laziness was contagious where work was concerned. But if you were free to find the ocean and shade at liberty, the lifestyle was supreme. There were mangos on every mango tree, and all the river crossings were passable, which opened quiet beaches along the whole coast to those with the appropriate sensitivities to find them. The dust hung in the air from one spring break crowd to the next, and it would be that way until the first shower opened up the green season. That was the paradox I woke up to one last time before I left.

In the dark, I sat up and reached over. Passing through a tiny hole in a brown sea bean called a sea purse was a wire that looped a set of keys. These were the keys I never gave to the lawyer. I grabbed them, slipped on shorts, and started down the hill with a small hammer. I took my time descending the steep grade, as I fingered the simple cut of the largest key in my palm and said to myself silently, “This will never happen again.”

I reached the storefront and kept tight to the wall. Just below me was a familiar flashlight guarding the main corner of town. I keyed in, in silence. It was noiseless, and smelled different, and out of habit I thought to grab a quiver of boards and throw it on the truck. I noticed a poorly folded rashguard on the corner shelf. Just get out of here. I couldn’t help grabbing the camera to see the guide’s shots from the day before. There was a silhouette of the group coming out of the river toward the Boca, and it worked — it was well framed with the palo de sal on the right, and the mangle rojo on the left — but he forgot to turn the flash off. It’s just lame to know she wore a green bikini when it’s her shadow that is timeless. What are you doing? Micromanaging an employee you’re no longer responsible for employing. I turned to the wall, and took out the hammer and one small nail.

When I tacked up the bill, the sound of the hammer in the dark annoyed me. It was not at all symbolic like I’d imagined. It was just a rojo, tangible, and worn, and absent all the intangibles that really make up a life abroad. Or anywhere. And I really had no interest in giving it all those intangibles. No use milling, I thought.

So I left for the very last time, reminded of a story told by a remarkable friend who had become close to a legendary British adventurer. The friend once asked the adventurer point blank how he had gotten to where he is today. (This is the man who owns Virgin Airlines.) He said in quite simple terms: “I have no attachments. And I take ridiculously large risks.” I remember that single thought meant more to me than any other element of my exit from Central America. 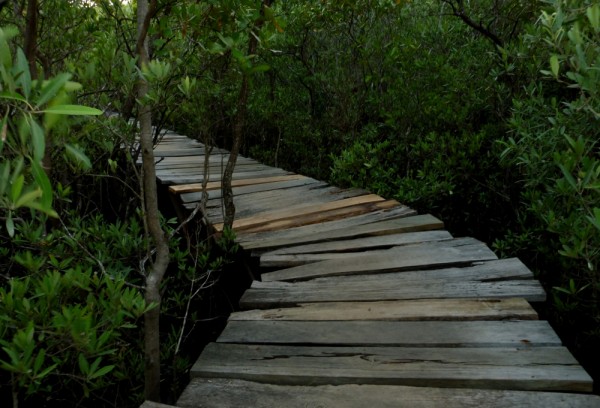 Playa Avellanas, Costa Rica. A turn in the road.

Later that morning, Barry ripped the thought in two with a train-grade horn he had illegally installed on his truck. You could hear the thing from two towns away, and it was even more unbelievable in the dark. He frightened the wits out of the unsuspecting all the way north through the dry countryside, with the cows pleading for rain, until the border cops became more prevalent. We were on the political verge of giving up mae for dale. Pues, Barry’s border fluency was off the charts. It could have been a republican financing campaign. Every man and woman in every office was in his pocket because he “took them all partying in San Juan one time.” We were there on a Friday morning, where crossings can go six to eight hours in a private vehicle; we achieved the whole thing in thirty minutes with a complimentary basket of quesillos which I had the forethought to guard my stomach from. If it was a final exam after all the intermittent quizzes of passing Costa Rica’s northern border into Nicaragua, then we flew through it with flying colors.

Further north we reached the symbolic pinnacle of everything that drew me to Central America in the first place. On the corner was a pulperia with the cute preteen too timid to show all of her smile, her mother so welcoming and pleasant it hurt, and her brother who was off in a sprint to round up a crew for soccer on the sand at four. We rented a donkey, which was much funnier in theory, and then a pair of horses, and finally a motorcycle, and after soccer the uncle came by and led us on a perilous tear through the forgotten cotton fields that once fielded blue denim across the world.

“They used too many chemicals,” Tio said. “The dirt is dead now.”

At night, under the moonlight you could see the first white lines of a new swell. The vantage point from the balcony was nice. The property sloped at a gentle angle all the way to the wide grey beach that ran empty miles in either direction. Over the course of a couple weeks, my best friends flew in to celebrate the new swell, and a pending marriage. It was a prelude to our return to North America. When they were all gone, I sat in the Managua airport alone next to some Manhattan lawyer who was unthinkably out of place. I had no taste to read, or write, or anything really. I just reflected on the two weeks with my friends. That vast bay that went forever, with sandbars miles out to sea, running all the way to the left points that peeled off the island on the other side of the estuary, had become the bill that I thought I was tacking up — the memory etched with all the intangibles. 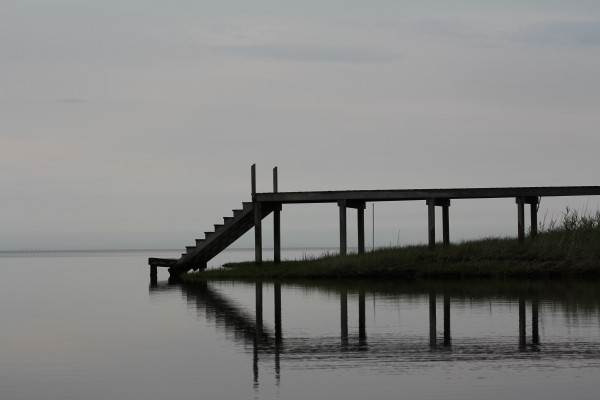 There was two buck chuck on the dinner table, and all I could think was how dangerous it was to forget about time. But I did. The nostalgic reality of creative possession gave way freely to absolute freedom, and to the downright selfish enjoyment of family, friends, and hobbies. This was life back in North America. The nightcap to the revelry was a pair of summer weddings that bound us to the mainland, and to the towns we grew up in. It was deeply satisfying. But things don’t stick and you would be wasting your life trying to make them stick, so one morning I let everything change again. I went back to the drawing board.

I started writing, and the ball began to roll until it had its own inertia. On the odd days, I was up in the dark walking down the hill through the fog to the new Zebra House Cafe in San Clemente, rehearsing story lines and dialogue incessantly. It was delightful and maddening and by the time I passed the construction zone of the enormous supermarket they were rebuilding on Camino Real, I was usually excited beyond the influence of the Ethiopian bean the barista pushed obsessively. I liked that he refused to serve it with cream or sugar, but I usually forgot to drink it because I was so deep into the imagery of the story. And I also forgot where I was. It’s odd how often that happens in North America.

On the even days, I took the kids across Pacific Avenue to the Atlantic Ocean and Emily went for a run down to First Landing State Park or the boardwalk. Both had interesting forms of wildlife. The kids were enamored with the routine of the giant recycling trucks that drove in the soft sand and stopped every 282.5 feet for the blue canisters. I couldn’t help but notice how much they thrived on the new structure of their days.

Later that afternoon, someone asked me what I was doing. I answered mistakenly, out of context. The feeling lingered. That night I thought I sensed the seasonal shift to fall, but when I woke up in the morning I realized it was the false parallel of a timeline coming into view. Seeds of doubt floated in like baked leaves, and I could do nothing but fasten my belt to the idea of acceptance, and the reality that it was time to forge a new beginning. We mediated the shock and flew halfway across the Pacific to the most tropical state in the union. Then we registered to vote.

Tagged
Narrative Costa Rica
What did you think of this story?
Meh
Good
Awesome