Dotan Negrin, a 26-year-old New Yorker, has always had a passion for music. However, after graduating with a degree in acting and theatre, he became the typical ‘struggling actor in NYC.’ To pay the bills, Dotan tried a bit of everything: real estate, day trading, selling used items on eBay.

There are so many actors in NYC who spend more time working side jobs and waiting on line for auditions than actually practicing their craft. I wanted to remedy that by being 100% reliant on my art. One day, while working as an assistant/truck driver for a photographer making $12/hour, I became frustrated because I was working towards this man’s dream instead of my own. Eventually, I decided to quit auditioning and start creating my own opportunity.

After spending all his savings on a box truck, a piano, and some gear, he decided to start playing on the streets. An unfortunate accident, when the piano broke two of his fingers, gave him the downtime to plan his first trip across America. Since July 2010, he has played in 53 cities across North America and eight national parks. He’s soon embarking on a new journey, to Central America.

DN: I have had many different systems in the past. Right now, I have a van that houses the piano. I park the car the day before because parking in NYC is such a hassle. The next day I prepare by removing the piano and setting the dollies in the right position. I then wheel over to the spot and play.

Out of all the cities you’ve played in, which is your favorite?

It’s impossible to just have one. Every destination is unique in itself and has different things to offer. In the USA, I would have to say my favorite cities are Athens, Georgia, New Orleans, and Boulder, Colorado. My favorite natural setting would have to be Glacier National Park in Montana. New Mexico is my favorite American state.

I absolutely love Quebec City in Canada for the arts and the beautiful old city they have there.

You’ve met thousands of people so far. Can you share some of the best and worst experiences you’ve had while playing the piano outdoors?

One of the worst experiences I had while traveling was getting my truck stuck in a sand pit on the way to Shiprock Monument in New Mexico. Another one was having a crackhead homeless man come up to me and ask me for a dollar after banging on my piano. I told him “No” and he went around and took $5 out of my bucket and walked away. I wasn’t going to start a fight with him over $5. I also had a drug addict steal money from my bucket in Albuquerque.

I’ve had some really deep conversations with people from all over. In Salt Lake City, Utah, I met a man, raised Mormon, who ended up becoming a monk later on in his life and living at a monastery. He told me things that he learned from living at the monastery that blew me away. For instance, the guru who he studied Kriya Yoga under was able to stop his heartbeat with his breath and then come back to life.

I’ve also had many people come up to me and play along. I met a drummer on the streets of Portand, Maine who liked what I do so much, he invited me to his family home on Vinalhaven Island. I had to drive two hours north of Portland and take a ferry. I met this wonderful family and had an amazing dinner with them. Afterwards, they invited me to jam with them at a bar with 100 people dancing the night away. I didn’t know any of the songs but was able to play with the band very well. They ended up giving me $200 for playing the gig with them.

Tell me about three people you admire and why. 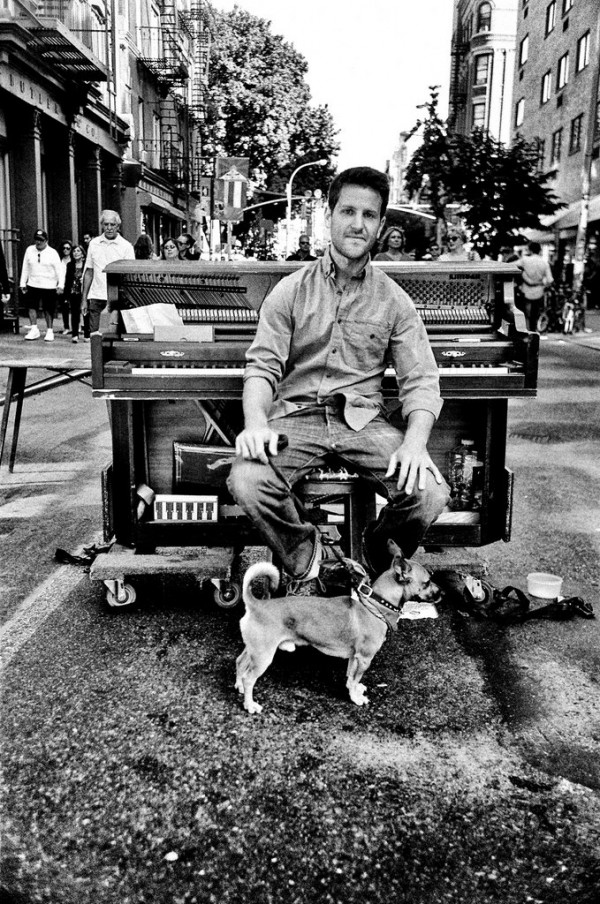 This is the hardest question for me and you actually inspired a post that I am going to write.

1. First and foremost I admire my parents and family for being the biggest influence in my life.

Both my parents grew up in very tough times throughout the world. My mother’s parents lived in the USSR and had to escape by walking thousands of miles through Iran. My mother was born in Tel-Aviv when Israel was first being established. Growing up, she gave me the discipline that I have now by home schooling me in math and English when I was really young. She has always been a very strong woman.

My father was born in 1942 in Greece during World War II and had to hide from the Nazis. He came to America with very little money in the ’70s and built his business by meeting the right people and making smart decisions. He is one of the hardest working and dedicated people I know, and I saw that growing up. I have the same dedicated mentality as him.

Both parents provided me with an incredibly creative childhood, taught me important values, and exposed me to a variety of art, music, and performance.

2. I admire Miles Davis because his album Kind of Blue was the main spark that propelled me to start playing piano in 2005. This album features some of the biggest jazz pioneers, including John Coltrane, Bill Evans, and Cannonball Adderley, whom I began to explore afterwards.

It was this album that opened my eyes to how music could create emotion within you and tell stories through organized tones. I became fascinated with that particular aspect of music, which inspired me to start learning piano while I was studying theater at the University of the Arts at the time. On top of all that, if it wasn’t for my roommate in college, Nick Sapiego, it’s possible I would have never been exposed to that album.

3. Lastly, I admire Harold Clurman, who was one of the leaders of the Group Theatre in the ’30s. Together with Sanford Meisner, Lee Strasberg, Stella Adler, and a handful of others, they were pioneers in forming acting techniques and exercises for the actor that I studied in college. But not only that — why I really admire Harold Clurman and the Group Theatre is because they pushed the level of what live theater could become. With the piece “Waiting for Lefty,” they were successful in creating social change by inspiring the labor strikes in the 1930s.

To me, live theater isn’t about Spiderman and the Lion King and the multi-billion-dollar business that it has become today, but more about inspiring social change in the world.

Studying theater changed my life. It opened my mind to new ideas, removed my fears, pushed me to take risks, and taught me the importance of discipline and dedication. Most of all, my years studying scenes, characters, and the motivations of human beings taught me lessons on how to live my life and appreciate living in the moment.

What has surprised you, both positively and negatively, throughout your travels with the piano?

What has surprised me is how the world is so sheltered in each city. I met so many people who said they wanted to travel like me and do adventurous things, but most of them wouldn’t do it out of fear. It’s crazy to think that living in a city, you can still be sheltered and distant from the world.

You see all these negative stories about the world on the news, which give you the impression that everyone is only out to kill and rob each other. But that is not the way the world truly is. You must go out there and see it for yourself, meet strangers and come face to face with reality. 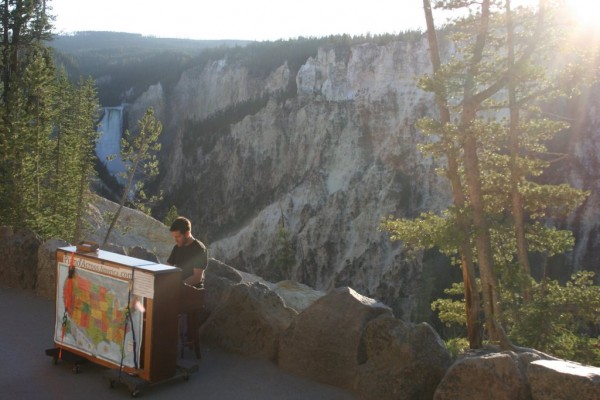 What have you learnt from this experience?

I learned so much about people, the world, and how to live life through traveling the way I do. I learned how to live a simple lifestyle and how to live frugally. This is huge. Back home my life was so convoluted, with so many possessions in the basement of my parents’ home, that I realized how much your possessions end up owning you after a while. They became this huge obstacle for letting me travel more. I decided that I’m going to slowly sell everything I own on eBay, except for the sentimental goods, and let go of all my things.

Future plans? Where are you off to next?

This January, I’ve been planning a road trip to Panama from NYC with my piano and my dog. I launched a Kickstarter campaign to raise money so I can pay a cameraman to come along with me and film the adventure. This is something I have never done before, since I’ve always done all the filming myself.

We are going to explore Central America and meet musicians to speak to them about the power of music in their lives, and document the way music acts as the “Language of the Universe.”

What does your dog Brando have to say about all of this?

Brando loves traveling because he gets to meet all types of dogs from different places. I took him with me because I didn’t want to be lonely on the road. Turns out he is much more work than I expected, although he usually ends up sleeping the entire time in the car.

What advice do you have for young people wanting to travel?

The advice I would give is to stay positive and go with the flow. Don’t plan too much and be open to all possibilities. This is a huge learning experience that never ends. Meet people from all over the world and explore with them. I would also go further to say that if you’re trying to make this your living, it will be one wild adventure. Figuring out how to support yourself while on the road is the most difficult thing. After that, you’ll have the time of your life.