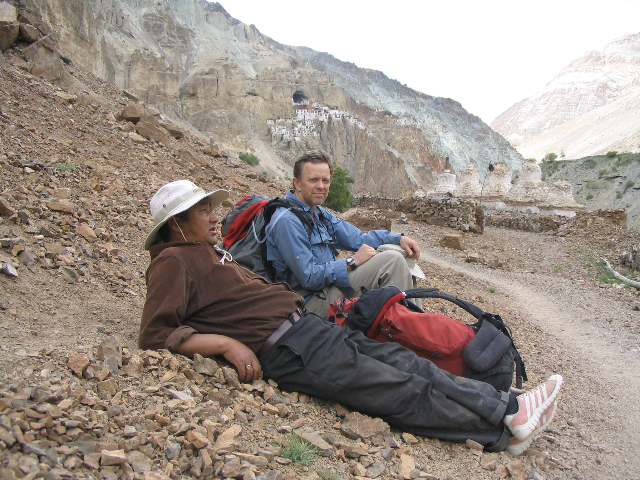 This week’s edition of Tales From the Road focuses on the work of Ted Conover, one of Matador’s all-time favorite travel writers.

TED CONOVER has a new book coming out next month titled The Routes of Man. The overarching theme of the new book is roads – and Ted certainly hit the road to write it.

Each section of the book is a dispatch from the far reaches of the world. Ted hitched rides upriver in Peru, road-tripped out of Beijing with a club of Chinese drivers, met up with old truck-driver friends in Kenya, tagged along with ambulance drivers in Lagos and trekked down the frozen Zanskar river in Ladakh.

To celebrate publication of The Routes of Man, please enjoy this special Ted Conover edition of Tales From the Road.

Back in 2000, Ted Conover joined the first group of American tourists to visit Saudi Arabia. His portrait of the Kingdom is a fair-minded look at Islam, monarchy and the evolving traditions of desert tribes.

A version of this article about development in Peru, which originally appeared in National Geographic, is a central chapter of The Routes of Man.

At turns funny, poignant and revelatory, this first-person look at the emerging car culture in China puts a human face to China’s booming economy.

The problem, to me, is that navigation by G.P.S. changes the nature of car travel: it makes it seem all about numbers (distance to destination, time to destination) when I’m trying to preserve a sense that travel is also about something else.

In winter the frozen Zanskar River is a “highway” for isolated villagers in the mountains of Ladakh. This story of a trek down the Zanskar is also a highlight of The Routes of Man.

Are you a fan of Ted Conover? Please leave a comment below!