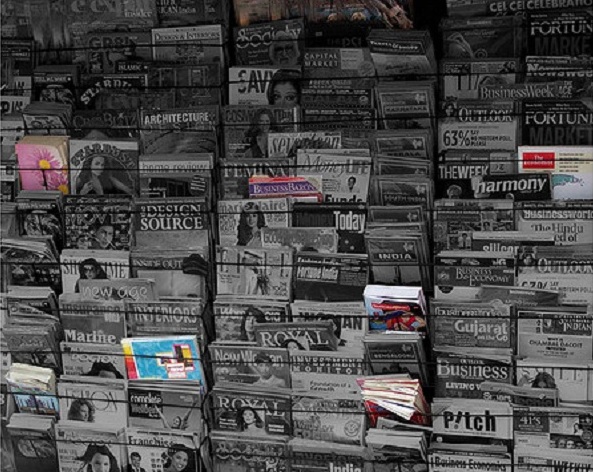 As we start roughing out the production calendar for BETA, Matador’s first print magazine, we felt like shouting out other mags we’re inspired by.

MY FIRST STORY in print ran on the last page of Mountain Gazette (MG) #97. In an unexpected but stoking juxtaposition, the opposite page (inside of back cover) was a full page Patagonia ad, a tight shot of some mountaineer bivouacked on this ridiculous-looking big wall climb and eating oatmeal using a compass for a spoon.

Besides being my first published story (and payment for writing – a $50 check I asininely xeroxed and tacked above my desk), what stoked me more than anything was the ethos MG was able to manifest in their pages. Everything from the subtext in that ad (who needs a fucking spoon?) to the advertising partners (where else could you get the word out about a new tool for building snow caves?) to the tagline (‘when in doubt go higher’), to, above all, the voices — Mary Sojourner, Dick Dorwoth, Craig Childs, Lito Tejada-Flores — all of it represented a part of the Rocky Mountain West — and specific relationships with that place — in a way that nobody else could.

This was in 2003. MG seemed to be riding some kind of swell. I kept submitting, getting a few more pieces published. Then in 2006, Mountain Gazette was acquired by GSM Media. John Fayhee remained as editor, but there were changes. The physical size of the publication was reduced, while its schedule increased from 10 issues to 12 a year, with plans to ramp up distribution nationwide. Somehow a certain onda seemed lost in the process. Fayhee sent out a cryptic email to regular contributors asking for definitions of “‘what made a mountain person.” I moved away shortly after that, and lost track pretty much, but see now where MG changed hands a couple more times, and that circulation fell to 45k. The good news, it looks like, is that this past summer MG was purchased by Summit Media with plans to ‘restore it to its former publication glory.’

I mention all of this in way of putting the following roundup in context. As we get into magazine publishing it helps to learn from those who are already out there doing it, struggling, charging, creating. I want the ones we respect, like MG, to keep representing. 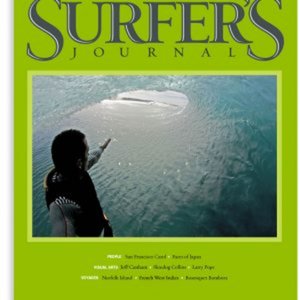 TSJ is one of our biggest inspirations in creating BETA. TSJ is one of the most beautiful magazines in the world, from its paper (matte finish stock), to its images, to layout and design. It’s essentially a hybrid book / magazine with square binding and just a handful of ads (the magazine is essentially reader-supported) all full size, laid out cleanly. It’s meant to be collected.

Besides design and layout, TSJ is extraordinary in the depth and diversity of its editorial. It’s not the kind of magazine you sit down and rip through necessarily, but take your time digesting each feature. And while there are anchoring pieces in each issue by masters like Art Brewer or Tom Servais, there are always stories written by (and / or about) people you’ve never heard of, say the first guy to ever surf CloudBreak, or an elderly New Jerseyan who was surfing Jersey Shores pre WWII. There’s always a sense of respect for the culture and history of surfing above all, a sense of honoring the the places and waves themselves, and a juxtaposition — pros alongside regular folks, hellmen alongside quiet, obscure artists.

BOMB is going into its third decade of publishing conversations between artists, writers, musicians, actors, and architects. What’s genius about BOMB is the way the interviews feel. Whereas interviews or profiles in Harper’s or The Atlantic or New Yorker often seem like staged productions (‘bigass magazine’s bigass interview with ____________’), Bomb is ground-level, informal. You’re there on the couch listening to a conversation.

This all flows out of their original mission, “launched because its early editors — all practicing writers and artists — saw a discrepancy between how their work was being discussed by critics and how they discussed it among themselves.”

Matador’s managing editor Julie Schwietert notes, “Though this mag often veers into the so-niche-as-to-almost-be-irrelevant category, I kind of live for its annual Latin America issue and like its model: writers/artists interviewing writers/artists about their craft, rather than some academic blowhard who really has no idea interviewing a writer or artist. I also like their ‘first proof’ section, which is a space for emerging writers.”

I used to be obsessed with Vice and VBS, but I became disillusioned after getting tired of wading through mountains of content about heylookhowdamnhipsterandindiethisis.

Vice has leveraged the concept of ‘indie’ better than any media company in history. Ironically, what counts isn’t the person truly independent in the context of where / how he or she lives (say a hermit / artist who’s been surfing Wind and Sea for 40 years that The Surfer’s Journal might feature) but instead, indie as a brand that, as Vice’s media-kit describes, “trendsetting metropolitans aged 21-34” can identify with.

What many of us at Matador respect about Vice isn’t so much their content but their business model and super innovative strategy of distributing Vice worldwide (including every American Apparel store), making it free and available at ground level. Regardless of where you come down on the ‘indie’ vs indie debate (which tends to be a circular waste of time anyway), Vice has become the arbiter of youth culture worldwide.

Matador CEO Ross Borden has always been a super fan of The Economist. Here’s what he had to say about it: I respect that The Economist isn’t afraid to take a side and have an opinion on the toughest issues…and that they are the first to admit fault or publish an eloquent rebuttal from someone who disagrees, in the “Letters” section.

Reading The Economist on the plane is almost a ritual for me when I travel and I’d still rather read it in print than on a e-reader like the iPad. And I don’t expect this to change anytime soon. 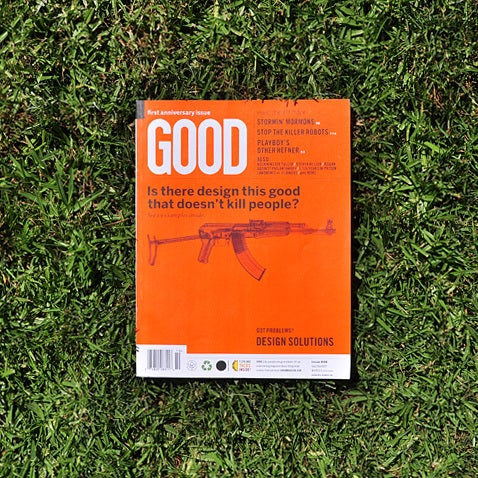 Ever since GOOD came out in 2006, we’ve been following them closely, attending a few GOOD events and in general just being stoked on their editorial vision and community. We’ve been inspired by their magazine, particularly their design / layout / way of organizing content thematically, and most of all their infographics.

More than any other publication, GOOD is pushing levels as far as how readers process information, taking advantage of the fact that the human eye registers visual data faster than text.

Our crew also rounded up the following magazines as important or notable:

n +1 is a twice-yearly print journal of politics, literature, and culture.

The levels and styles of writing they publish, and the stories they cover (check this recent piece on Argentina) are on fire.

Our friends up in Portland have been producing Wend for the last several years. Wend publishes exceptional first-person narratives from athletes and adventurers pushing limits.

Activism and conservation has always been central to their ethos:

As an independent media group, active in both environmental activism and the outdoors, we realize that part of going off the beaten path means making sure the path doesn’t get beaten. We are a magazine that understands that to advocate for the majesty of nature, we’d be hypocritical to print on paper that comes from destroying it, and thus, every issue of Wend is printed on locally sourced, FSC certified paper.

Next Page
What did you think of this story?
Meh
Good
Awesome

Everything Americans need to know about traveling to Mexico right now
Volunteering on national public lands is easy and very gratifying. Here’s how to do it.
The 5 best US cities for coffee lovers
30 retired circus elephants are getting a new home in a Florida wildlife refuge
6 of the most remote wineries in the world
✖
travelstoke
Download the mobile app
stoked by