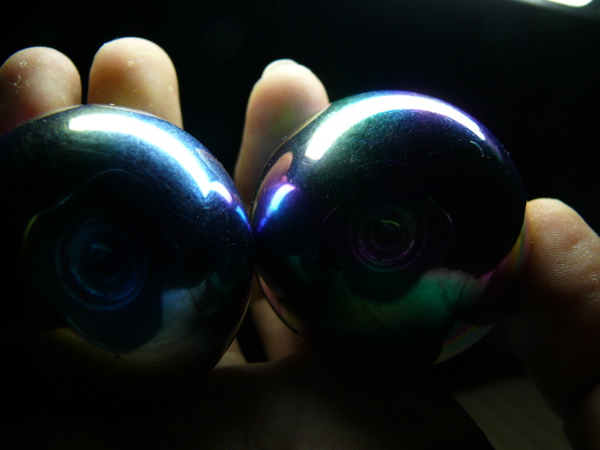 More notes, quotes, tweets, links and other distractions from the confab at Stanford University.

I RECOGNIZE HIM FROM THE THUMBNAIL photo he runs every month alongside his Letter from the Editor. In it, his hands are featured as prominently as his well-lit cranium. He gestures as if juggling a pair of Bocce balls, joking with an off-camera associate about — I imagine — the extraordinary heft of his, or someone else’s, cojones.

He is dressed now as he is there: black suit, dark tie, starched white collar, cufflinks. He is the best-dressed man in the room. By a long shot. (Mind you, this is California in June. This is a room to which I nearly wore my caulk-and-chain-grease-enhanced cargo shorts, but ultimately, thankfully, thought it more prudent to go with the more conservative option, the old Levis.) On the screen beside the dais: the Esquire logo, projected large.

@thestrippodcast: Never realized how straight out of Madmen David Granger of esquire appears to be visually. #ffrl 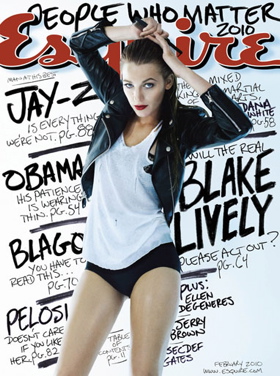 He’s charming right out of the gate, ingratiatingly abashed and self-deprecating. He speaks in fits and starts, like a man whose mind runs too fast for the muscles in his jaw. He jokes. He makes light. He has a facility with PowerPoint. He drops names with ease, names I appreciate — Lyle Lovett, Bill Murray, Scarlett Johansson, Christina Hendricks.

He trusts he’ll be misquoted on Twitter. It’s happened before, it’ll happen again. And chances are, however it goes, it’ll sell more magazines.

He promises to show this roomful of writers in this time of uncertainty why, in his words, “the magazine is the greatest medium ever invented.”

We don’t doubt he will. We hope he does. He fucking better, we think. For why else travel all the way to the edge of the continent, shell out our last few hundred dollars and spend precious long hours indoors on a gorgeous summer day, if not for salvation, or at the very least a way forward?

@thestrippodcast: As much as I enjoy the pos attitude of #ffrl, I worry that this is like democrats at an Alvin Greene rally, convincing themselves he can win.

And so he does — show us. Granger, that is. Sure, there are the gimmicks — the short story printed as marginalia, the hand-scrawled cover copy (in which we discover what George Clooney means to the future of the planet, etc.), the Augmented Reality experiments, Benicio del Toro heaving a $1200, 5-foot-long, Masonite Esquire logo into the L.A. River.

But it’s all born of editorial desperation, he explains, of boredom with the traditional parameters of “magazining,” of ceaselessly asking the question: “Shouldn’t it be more?”

The goal, he says, is to make the magazine — this one, at least, now more than 75 years old — not only more intriguing but “more essential.” And the most essential element of all? The writing. Good writing, he insists — the best — sexed up as required (given the market and the genre) with great illustration and cutting-edge graphic design and who knows what multimedia bells and whistles lately and later to be devised.

@bertarcher: #ffrl Esquire’s Granger: (Magazines at their best) take words, images and design and mash them together to make magic.

He gives a quick run-through of some of his favorite Esquire pieces of this still-new century. There’s Tom Junod’s unflinching portrait of The Falling Man (and ourselves) from 9/11. “Maybe he didn’t jump at all,” reads Granger with deep reverence, “because no one can jump into the arms of God. Oh, no. You have to fall.”

There’s Chris Chivers reporting from inside the crater at Ground Zero, then from the foothills of the Caucasus, then from the uplands of Afghanistan. Without the slightest nod of apology to the likes of, say, Thucydides or Michael Herr, without blinking, Granger dubs Chivers “the best war writer in the history of war and writing.”

This is how it will continue to survive through the slow destruction of the planet.

But then there’s Tom Chiarella’s fabulously twisted investigation into what people will do for how much money: A Thousand Dollars for Your Dog. How does that fit the rubric?

These writers are “adventurers into the fringes of human behavior,” says Granger. And we can see it now: Granger is on our side. He’s doing what he can — everything he can and with great delight — to create defensible space for the written word. Hoorah!

Ebert, as you probably know, has lost most of his lower jaw to cancer. In the portrait Granger puts on the screen, Ebert’s once-familiar face is crumpled like a melon fallen off the truck. The most famous movie critic of all time has lost the ability to talk. Fuck. But he’s a writer, Granger reminds us. He’s always been a writer (though we lost track of it for a while, thanks to his success on television). And now his writing — his online journal in particular — is his oasis, his redemption. And by extension ours.

“Now everything he says must be written,” Granger reads (from Chris Jones), “either first on his laptop and funneled through speakers or, as he usually prefers, on some kind of paper. His new life is lived through Times New Roman and chicken scratch.”

I feel the incipient welling of tears. It’s something that happens to me, especially before noon, when there’s a certain kind of news story on the radio and things are still a little raw. Maybe it’s all the coffee, or the lack of protein. Or maybe it’s the sidelong light. It rarely happens when I read something — no matter how good the writing is. But then I don’t usually read much in the morning, except my own half-formed sentences, over and over again, and the daily backlog of emails and googlealerts and random blogposts. 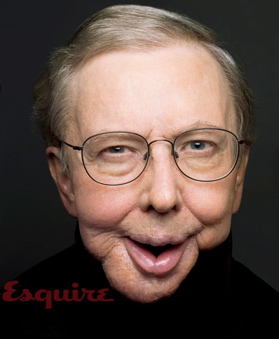 I find myself wondering the extent to which real sadness can be transmitted by internet. I’m sure it’s possible. But it hasn’t got me yet. Not like public radio.

Anyway, here it comes, right here in the packed Clubhouse Ballroom with birdsong and the gush of the fountain through the open windows. It’s a fissure opening along a weak seam in a dam. There’s seepage. It could easily blossom into a full-on sob (it happens once or twice a decade), not just about Roger Ebert but re: the whole hopeless condition of the human race, our tragic, touching talent for denial in the face of meaninglessness and devastation.

But I get on top of it. And it passes.

Granger says he wasn’t expecting much from the Ebert profile. It was good, of course, but it wasn’t likely to sell too many magazines. Not like a decent joke and a well-photographed actress. But there it was: in 11 days the piece brought 800,000 readers to esquire.com. “There’s a power in writing,” concludes Granger, “not found in any other medium.”

And so it goes. Granger’s staked out an island and populated it with a handful of terrific writers. And there’s not a person in the room who wouldn’t like to be on it with them. It’s not impossible, he says. Even last year, in the worst year for print media in all our brief lifetimes, new writers broke in. So what’s it take?

You have to experiment, push the bounds of what’s been done, risk failing, risk being ridiculed. He quotes the unstoppable Mike Sager: “You’ll never get better if you’re not willing to be terrible.”

Dimiter Kenarov, not a new writer by any means but new to Esquire, brought to the magazine not only good clips, and pre-arranged high-level access for reporting on the impossibility of withdrawal from Iraq, but also financing from the Pulitzer Center. How could Granger say no? (@cmonstah: Granger inadvertently described future of freelancing: writer has to cover their own expenses, mags simply pay writer’s fee.)

“I like reporting,” he says. “In a world where people increasingly substitute opinion for facts, reporting triumphs. I ask the impossible of my writers: I want them to report the world so thoroughly they understand it like a fiction writer would. The key is the details.”

“I like writers who write,” he says. “Writing is not inevitable. It’s not inexorable. To presume any of us has something to say, that we can command an audience, is an audacious act, and a great responsibility. And the things that matter are the hardest things to do.”

If it sounds like a magazine story, if he can imagine it in the pages of The New York Times Sunday Magazine, fuck it: he’s not interested.

In passing, as illustration of just how much chaff there is — not just in the world at large but also from within — he mentions staff writer AJ Jacobs’ ongoing 770-ish pages of ideas. Of which a teeny tiny fraction will eventually make the pages of the magazine.

@erikvance: #ffrl – David Granger is a regular guy. A regular guy who will neeeeeever take my pitch. – Or the pitches of 99% of us.

To wrap things up, Granger returns to the notion of bells and whistles and the internet: it’s just a means to get the word out, he assures us. “The internet sucks and it’s been a blessing.”

In the wake of all this, plus a Q&A that does nothing to dispell the numbing tension between all the glittering possibilities and the absolutely fucking impossible, it hits me (again, a little late in the game, and hungry) that Twitter might be used as a means to connect in the physical world with people I might like to meet.

For example, I think to myself, I could send a direct message to Michelle Nijhuis, @nijhuism, the prolific and ever hard-hitting investigative journalist, contributing editor for the High Country News now live-tweeting from this very same room, something to the effect of:

hey, really admire your work at HCN. buy you a free sandwich in the courtyard? meet by the lemonade tank?

Instead, I slide my computer back into its sleeve and head out as I was born — alone, that is, but slightly better clothed — to investigate the spread.

Next up, Part 2B: Print is Dead. Long Live Print!

In which our man revels in the non-native aroma of eucalyptus, pees on the hallowed dust of Stanford University, witnesses ceviche served like a scoop of whipped butter, makes note of a variety of fellowships and alternative funding sources for investigative journalism (links provided), dodges the California Highway Patrol, learns that his father has sliced off the tip of his right index finger in the drive mechanism of an irrigation pump, and also that bonobos experience self-doubt, is reminded (one more time) just how much uncompensated hard-labor is required to craft a successful magazine pitch, and, finally, begins to allocate warmth to the notion that the time has come — crazy though it may seem — to start an entirely new print magazine.

Tagged
Narrative Photo + Video + Film
What did you think of this story?
Meh
Good
Awesome