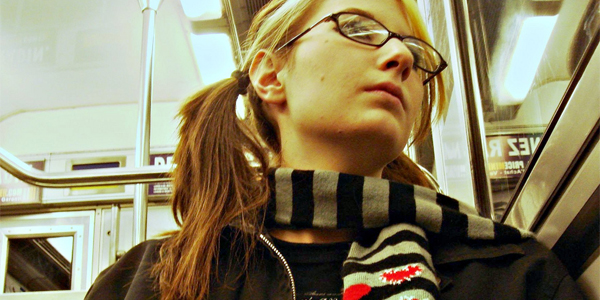 Feature photo by Kr. B. Photo above by austinevan.

One traveler’s take on remembrance and the random nature of travel, especially after ditching your travel partner and jumping on a train in the middle of the night.

This has not been my proudest moment. We’d only been traveling for a week but that was more than enough. My issue with her wasn’t a mild irritation but a complete dislike; so I’ve taken the easy option – I’ve ran, packed my bags and jumped on the first train out of town, out of Poland.

I can see the other passengers’ bemused glances. In my guilty state I convince myself they know my betrayal. I keep my head down.

Having backpacked across Eastern Europe for several months, I’ve learnt the advantages of a companion. You meet people heading in the same direction and team up. You endure mild oddities for the comfort of knowing someone is watching your back.

Pretty soon it dawned on me that the only thing we had in common was speaking English.

We’d met in a Warsaw hostel two weeks earlier and decided to travel together. Pretty soon it dawned on me that the only thing we had in common was speaking English.

It was hard to pinpoint what I disliked but it was probably a combination of an over-the-top personality, a room-filling voice and an attitude that said ‘I know everything about everything’.

I try and console myself. We’ve only just met, we didn’t sign any contracts, I was a free agent to come and go as I pleased. But it’s no use. Guilt. I’m starting to feel pretty low. Of course I’ve over-reacted. There are far worse scenarios than travelling with someone who is a little overbearing. 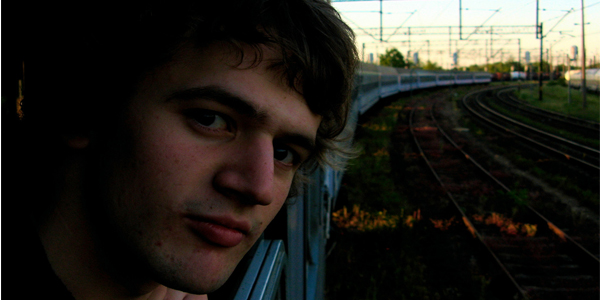 I glance over at a group of older Germans across the isle; their rosy drunk faces, eyes shining from laughter. While not understanding the conversation, it’s obvious they’re having a good time.

The adrenaline of making the train (three-kilometre run to the station in the middle of the night) has worn off. The interior lights dim. The Germans continue their conversation.

The seats with their deep metallic armrests are not meant to accommodate sleeping. I tilt my head at various angles to find one that’s not too uncomfortable. I keep going over scenarios. I envisage the scene when Hannah finally realises I have left her. Or maybe I’m giving myself more credit than I’m worth. Would she even care?

I dwell on the randomness of travelling. People come in and out of your life in a second but leave a lasting impression. I’m positive the Germans next to me will forget me soon after the trip ends if they even noticed me at all. However, I am quite certain I’ll remember them. I tuck my jacket under my head to act as a makeshift pillow. I’m in for a long night.

What did you think of this article?
Meh
Good
Awesome
Bookmark
Posted In
Narrative
Destinations
Kraków, Poland