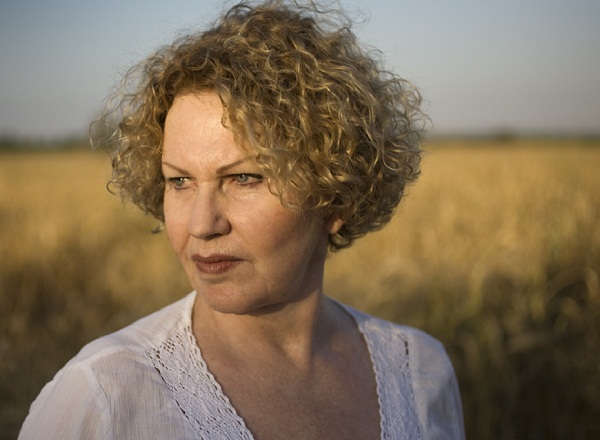 The first in a new series that looks at the books and writers who inform our travels, Robert Hirschfield notes the place of Israeli Poet Agi Mishol in his ongoing narrative.

I TOOK HER BOOK when I visited my daughter in Virginia.

I take it with me on my walks to the river.

It will be the first thing I pack when I travel to Nepal this fall.

I see barbed wire rusting in your eyes
in the evening when your soul hollows
opposite the television console,
in your arms a small tuna salad
together with dry toast.

A Holocaust poem dedicated to her parents, Holocaust survivors, but a poem I can see myself reading among mountains. It rubs together something enormous with the meager rhythms of eating.

Mishol is round-faced and solid, sixty-four and blonde. She is like water that hides out in many wells. Her voices wrap themselves around my eyes from behind like the hands of an impulsive friend who can’t help herself.

At Union Station in Washington DC, waiting most of the afternoon for my train to Charlottesville, I attached myself to her poems: from her chicken embodying to being the fantasy wife of Stephen Hawking to finding herself in bed in Papua, New Guinea beside yet another husband of her imagination, the Portuguese ambassador.

It is easy to travel with the wrong writer, or the wrong book. Years ago, I traveled around Belfast with Bruce Chatwin’s What Am I Doing Here. “You being funny?” people asked. In Kathmandu, with Agi, if I am asked about my Israeli, I will answer with a daft, bottomless grin and maybe roll my eyes a little.

Link to Agi Mishol’s only translated work in English, Look There (Graywolf Press)

Note on the series: Who are the writers you carry with you? Write about them. Submit work to david@matadornetwork.com.

Why does ‘yellow filter’ keep popping up in American movies?
The 50 greatest campfire songs of all time
7 wild and weird Nevada attractions that have nothing to do with Las Vegas
This map shows the most popular Disney ride in every US state
One of the oldest known meteor showers will peak just in time for camping season

This treasure hunt around France and England leads to a $900,000 gold masterpiece

This fall, travel to Ireland with these dark crime novels

Finland’s most iconic cartoon characters, the Moomins, turn 75 this year