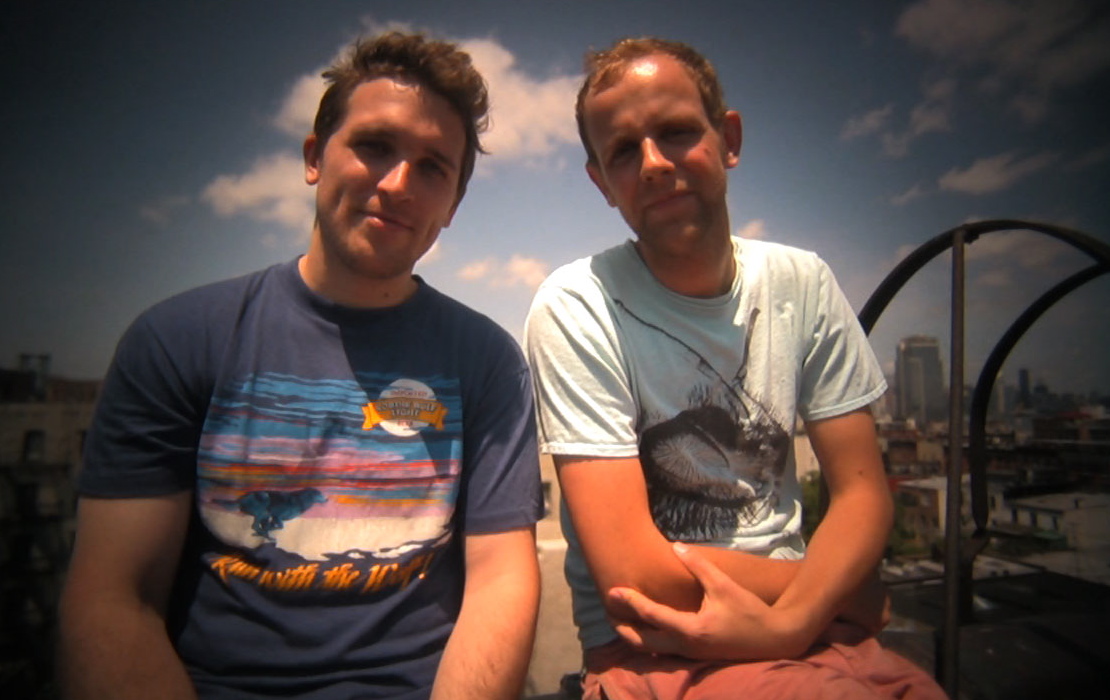 Thomas and Tim seek to revolutionize the concept of travel media, one local at a time.

Thomas is Irish. Tim is American. They’re leaving their lives in New York City to travel the globe and make a travel show about how the rest of the urban world lives.
No guidebooks. No tourist traps. No all-inclusive resorts.

Instead, they’ve made contact with one local, a complete stranger, who wants to show them what life is really like in their city. It could be amazing. It could be a disaster. But that’s the only way they want to travel.

[P.S.] This Is My City sounds like the kind of project you might dream up if you wanted to spend a year having a great deal of fun, travel the world and perhaps get paid along the way. But how did the idea come about?

This idea was in fact part of a carefully planned scheme to escape the day job, have a great deal of fun, travel the world and also create something in the process. We had both traveled quite a bit and we realized that we always found ourselves in the most interesting and memorable situations when we made an effort to engage with locals and get to know them. We felt that this was a way of traveling that we wanted to do more of and also something we wanted to promote. And that’s how the show was born.

Is the series fueled by a dislike / disillusionment of guidebooks?

You know guidebooks definitely have their uses. They can be really informative and genuinely helpful at times. We’ll be carrying Lonely Planet Japan around with us and we’re not ashamed of that. But guidebooks also have their limitations and we are a little disillusioned with most of the travel shows out there. Locals aren’t usually the ones writing guidebooks or hosting travel shows and we see this as a mistake. So our show puts the local first.

What made you include the “we can’t say no” rule? And aren’t you secretly worried that some Jackass enthusiast might make you snort wasabi or take your clothes off in a snowstorm?

Our ‘don’t say no’ rule was born out of a moment in Reykjavik when for no good reason we were attempting to turn down the gay shaman seven-hour sweating ritual that our host Vidar was proposing to us. He was insistent though and seven hours later, physically and spiritually reborn, we made a pact to never say ‘no’ on this show again. Exposing yourself to local customs and really getting into the way of life might make you uncomfortable. But being a little uncomfortable is not a bad thing. Our rule isn’t about being stupid or reckless, it’s about being always open. If snorting wasabi naked in a snowstorm is something that the locals actually do, we’re up for it.

How come you did Reykjavik first – and how did you find a star like Vidar?

Reykjavik was somewhere we both had always wanted to go and it had the advantage of being close to New York but also extremely foreign. Then of course it also has the culture, style, music and ice going for it. We knew one or two people in Iceland and thankfully everyone in Iceland knows everyone else in Iceland. And we got very lucky with Vidar. He was a legend for the part.

Watch the pilot episode for This Is My City. I highly recommend it!

What’s your M.O. when working on your shows. Is there a casting process? What kind of character are you looking for, in a nutshell – and how do you know when you’ve found them?

To find our local hosts, we cast a really wide net and hope for the best. We contact friends, friends of friends as well as complete strangers. We approach bands, artists, writers and talk to everyone we meet about where we’re going and who they know. It’s like six degrees of separation applied to place. Once we have a potential host, we get a rough itinerary and start a conversation with them. The motive to be a host needs to come from a sincere love of the city in question and a desire to share that with the world. Strange is also good. When our Belgrade hopeful said he would be bringing us to a ZZ Top gig followed by a massive party on a raft, we knew we had our man.

Which countries have you got lined up next, and why have you chosen these places specifically?

We’re taking off on a trip that will hit twelve cities in all five continents. Our first production leg will bring us to eight cites over three months visiting places like Berlin, Beirut, Osaka and Melbourne. The second leg will bring us to Bogota, Mexico City and Detroit amongst others. The show won’t just profile capitals and ‘great’ cities, which has been done too many times before. We want to visit second cities as well as the odd huge chaotic metropolis – contrast is key for an entertaining season. Our philosophy is that you can have a spectacular time anywhere; be it Michigan or Brazil. In fact we think that less obvious destinations will entice more in the way of magic.

What have been the major obstacles so far?

Well we’re still looking for an Osaka host and apparently security detail is going to be required in Serbia but the major obstacles begin when we hit the road. We’re expecting travel disasters and language barriers and culture shock and boredom and God knows what else because this show is about traveling for real. It’s not pretense and it’s not setup. And we won’t be trying to hide the bad times or the obstacles. Everything that happens on this trip will make it into the show.

What are the most ridiculous or memorable situations you’ve encountered so far?

There are always things that you can’t capture quite as well as you’d like and one thing about Reykjavik that probably doesn’t come across in the pilot is the physicality of the people there. In bars and clubs, people actually walk through you. They barge, they push, they spill drinks, they take your drinks and they literally move you out of the way if they feel like it. Without asking. As Vidar explained to us, it’s like one big family of hunters there. And that was very different and very cool.

How much spontaneity or “on-the-flyness” is involved?

This show is 100% spontaneous. Seriously. The only prep is choosing our host and once we have them we’re in their hands. We arrive, we make a phone call and then we assume our enthusiastic guinea pig positions. Also, we have very small and unobtrusive HD cameras, no lights and no crew except for one local producer. So we really are on-the-fly and spontaneous because we’re trying to make a real show here and not a reality show.

How long does it take to complete a show, from beginning to end?

It takes about four weeks to complete a show from beginning to end. Rather than edit on the road, we’re traveling and shooting in big chunks and then doing post when we return. We’re a two-man production team: Thomas produces; Tim edits; we both shoot; we’re both in it. It’s really stripped down, which is something you can do these days because of the technology available. We’ve had to master the art of filming while intoxicated but even that’s possible with the correct training.

In that sense, this is kind of a guerilla show. Do you think that’s the way forward for video / film entertainment shows (travel, music etc)?

This is a guerilla show yes but the production model is determined by the content we’re looking for. The reason we’re guerilla is because we want to be intimate and personal and we aspire to being real in a way that makes you feel like you’re actually there with us, experiencing the city. The film industry and its accompanying apparatus are there because you really do need them to make a film. Documentary approaches on the other hand are always being widened by advancements in technology.

How long do you plan to be on the road for?

We’re shooting a 12-episode season and taking a week in each place. We’ll be doing it in two legs with minimal breaks. It’s essentially back-to-back shows, which is going to be interesting. It’s definitely going to take years off our lives.

How are you funding the trip?

We have some independent backing for the first season of the show but our approach is extremely low budget until a giant network swoops in and drowns us in cash. We don’t have a syndication deal yet (hello Mr. and Mrs. network executive readers) but we’d like this show to reach a global audience and we think that TV is the best medium for it. For now, you can follow our trip on www.thisismycity.tv and stay tuned for news and developments.

You both have fairly high profile backgrounds in video & film. Would you say this is helpful or indispensable?

We think it’s amazing that you can pick up a cheap camera and shoot broadcast-quality video. Kids are doing it all the time now and it’s definitely the way forward for a whole new generation of DIY content. That said, our experience and our backgrounds have been an asset when it comes to bringing footage, music, narrative and nonsense together to make a relatively polished final product.

Become a host on This Is My City