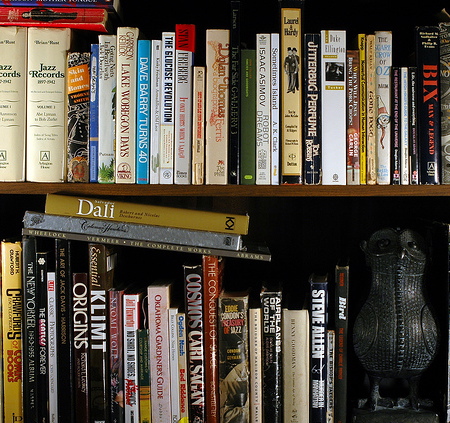 Photo anyjazz65
Notable writers on plot structure, plot development, and the plot of our lives.

A story to me means a plot where there is some surprise. Because that is how life is-full of surprises.
-Isaac Bashevis Singer

A plot is nothing but a normal human situation that keeps arising again and again….normal human emotions—envy, ambition, rivalry, love, hate, greed, and so on.
-Louis L’Amour

Plot-driven commercial fiction needs to have large stakes, something that’s a threat to the lead character from the outside.
-James Scott Bell

I think plots are made up of strings of events, elaborated by description and dialogue.
-Stuart Wood

A plot isn’t merely a string of occurrences; it is a carefully orchestrated telling of events that might include breaking up their temporal order, taking out certain pieces or emphasizing other pieces. It is that manipulation that a simple story becomes a plot.
-Robert Kernen

Since a novel is a recreation of reality, its theme has to be dramatized, i.e., presented in terms of action….A story in which nothing happens is not a story. A story whose events are haphazard and accidental is either an inept conglomeration or, at best, a chronicle, a memoir, a reportorial recording, not a novel….It is realism that demands a plot structure in a novel.
-Ayn Rand

I distrust plot for two reasons: first, because our lives are largely plotless, even when you add in all of our reasonable precautions and careful planning; and second, because I believe plotting and the spontaneity of real creation aren’t compatible.
-Stephen King

Know the story—as much of the story as you can possibly know, if not the whole story—before you commit yourself to the first paragraph….If you don’t know the story before you begin the story, what kind of a storyteller are you?
-John Irving

Man is eminently a storyteller. His search for a purpose, a cause, an ideal, a mission and the like is largely a search for a plot and a pattern in the development of his life story — a story that is basically without meaning or pattern.
-Eric Hoffer

If life is just a stage, then we are all running around ad-libbing, with absolutely no clue what the plot is. Maybe that’s why we don’t know whether it’s a comedy or tragedy.
-Bill Watterson

My life has a superb cast but I can’t figure out the plot.
-Ashleigh Brilliant