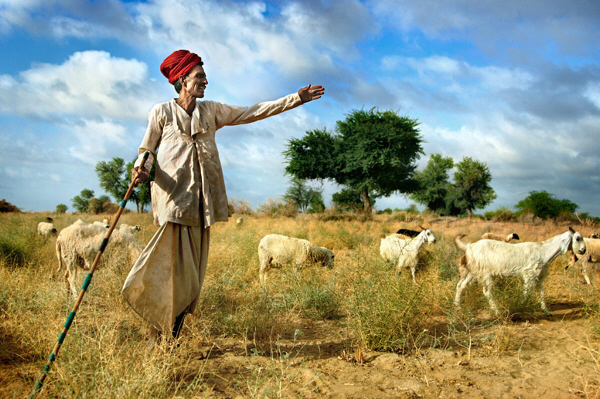 All photos courtesy of Mitchell Kanashkevich

In a new series on Notebook, we interview professional photographers and photojournalists, and discuss their different perspectives on travel photography as well as tips for taking better pictures.

TRAVEL AND DOCUMENTARY PHOTOGRAPHER Mitchell Kanashkevich travels the world shooting personal projects and stock photos for Getty and Corbis Images. His work has been featured on covers and inside the pages of Digital SLR Photography, Capture, Get Lost!, and Asian Geo Passport.

Matador editor and photographer Lola Akinmade caught up with Mitchell — fresh off the release of his new eBook, Transcending Travel – A guide to Captivating Travel Photography — for some thoughts on his work and philosophy.

How long have you been a professional photographer?

I’ve been a professional photographer in that I have earned most of my income through travel photography for about 3 years.

I’ve always been a very visual person, since I was a child. I studied film in university, but I was actually mostly attracted to the visual side of cinema and eventually got more and more away from film and into photography, though I feel that one day I will come a full circle and get back into filmmaking.

What really got me into travel photography was my love for travel and a need to share my experiences, as well as to express myself. I think it’s a natural thing for many of us — to get into photography once we start traveling a lot. 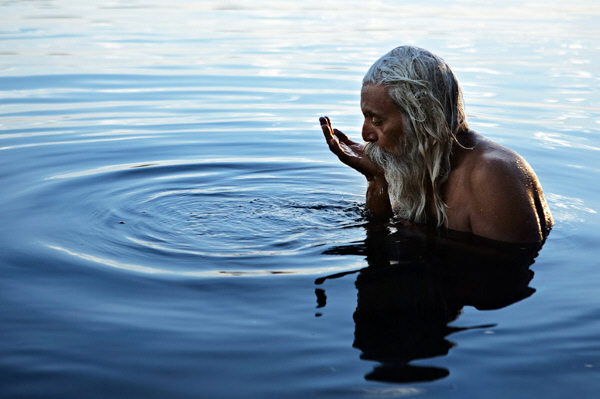 Initially I photographed anything and everything. I started off capturing images of everything that was immediately around me, but once I started traveling I started to gain interest in photographing people. That remains my main interest as of today.

You’re known for travel portraiture and absolutely capturing sense of place in your photographs. How would you describe the work you do now?

I guess I would describe my work as predominantly documentary, with a focus on people and whenever possible, a focus on ancient cultures and traditions. 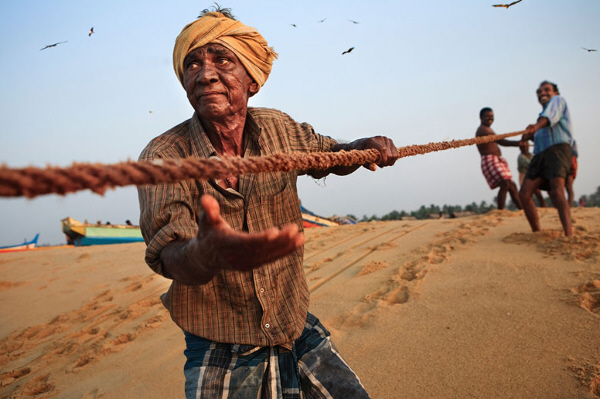 Are you involved in the commercial world also? Any stock photography?

I am involved in stock photography. I shoot for Getty and Corbis Images, though I usually don’t make photos with the specific thought that “This is a stock photo, which will be used for such and such purpose”.

I usually just shoot what excites me, what I am passionate about and I guess I have been fortunate enough that there’s some commercial value in that sort of stuff.

Of course not as much as there is in photos of people in offices or smiling elderly couples taking part in leisure activities, but enough to keep me traveling and doing what I love.

What 3 tips would you share for amateur photographers who are interested in pursuing your style of documentary photography?

1. If you want to create powerful images, you’ll often have to spend more time at a particular place, get to know the light, if you’re photographing people – establish rapport with them. Great images do not come about from simply arriving somewhere and snapping away for a few minutes. It sometimes takes days to get that special shot.

2. Don’t limit yourself to one or a couple of shots. Explore different angles, come closer, step back — give yourself more chance to create a strong image by making the most of the situation you might have at hand.

3. If you’re photographing people, try to learn the language, it will open so many doors for you and allow you to photograph in situations that you could have never created or known about without the language. 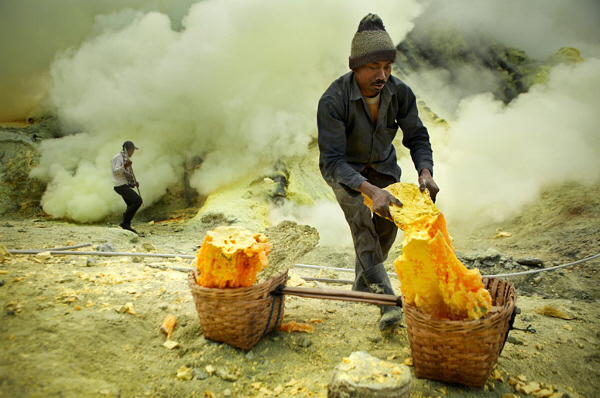 You recently released a new eBook on travel photography. Can you give us the lowdown?

The subtitle — A Guide to Captivating Travel Photography — pretty much says it all. It’s a guide to making images that are more than simple snap-shots or photos that only have value because they capture your memories. It’s an eBook through which I basically give advice to beginner and intermediate photographers on how to make travel photographs which appeal to more than just your parents and close friends.

I touch on some of the more important information about equipment and planning. And I get into a little bit of philosophy and a lot of practical tips that will help the reader make powerful travel images.

You can see some sample pages from the eBook and purchase it HERE.

Which other photographers — past or contemporary — inspire you most?

Steve McCurry, Olivier Follmi, Sebastio Salgado, Ami Vitale, as well as a whole list of other contemporary photographers who I keep discovering on the internet. There’s definitely no shortage of inspiration and great imagery out there. 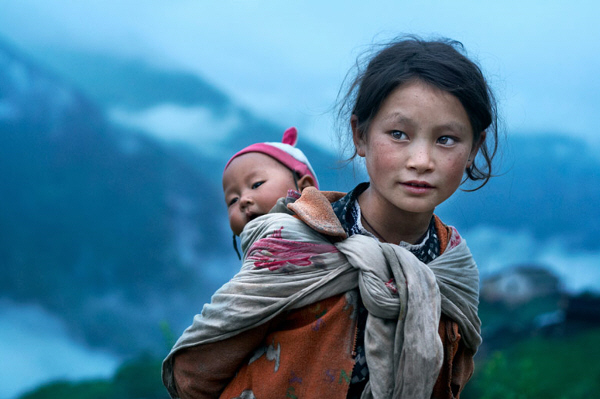 When you’re approaching subjects to shoot, how do you set about it? Do you chat and explain what you’re doing? Or shoot first, ask questions later?

Usually I like to chat with the subject. I either speak some of the language or have somebody with me who translates. If I don’t chat, I at least make some contact: I gesture, smile, joke. I feel that’s an important part of the process when you’re photographing people in close proximity and when they are aware of you.

If I am shooting candid street stuff, then obviously I don’t communicate before I make the shot. That would destroy the moment.

10. What’s the craziest or most inspiring encounter you’ve had?

My most inspiring encounter or at least one which has to be right up there, has nothing to do with photography, though it actually led me to some great photographic opportunities afterwards. While I was traveling in Timor, Indonesia, I met an elderly, retired university professor from Holland who’d been traveling around the country for about a year.

As a former teacher he had this great idea of helping underprivileged youth around Indonesia, who couldn’t afford to pay for school or university education. After visiting a few charity organisations to whom he donated thousands of dollars from home, he became very disappointed. He saw that the “administrators” drove fancy cars, but none of the things he donated money for were put into place. 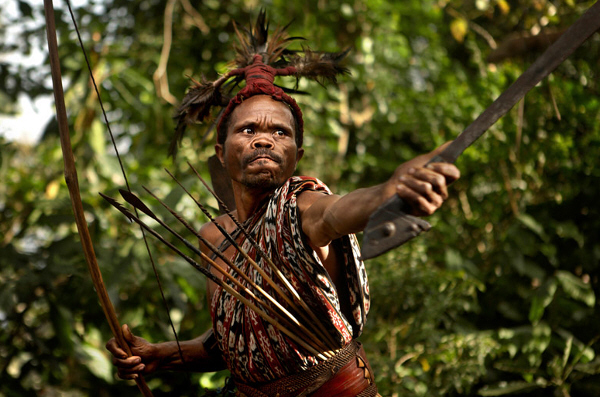 Rather than become cynical and give up on his idea of helping people, he decided to travel the country and along his journeys he hand-picked the young individuals whom he basically sponsored and got through school, college or university. By the time I’d met him he had sponsored 11 such individuals, of whom I met two.

He had a pension of about 5000 Euros, so you’d think that he would travel in luxury. But he didn’t. He traveled with the poor, because this way he could interact with the people in need. He could have a better idea of what life was really like. Instead of traveling in style, he put most of his money into helping others.

To me his story was quite incredible and indeed very inspirational, he was — and hopefully still is — changing the world for the better in a small, but very real way.

What kit do you use / carry with you? What can’t you do without (camera, lenses, flashguns etc.)?

I am currently planning a trip to Vanuatu, so hopefully I can produce some interesting imagery from my journey there. 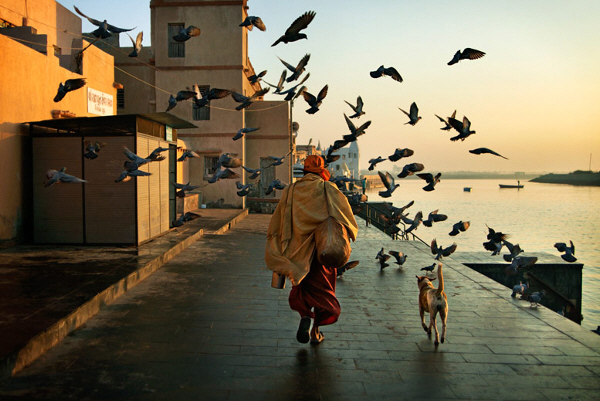 Please read our other recent interviews with Travel Photographers.