Volcanoes already make for some of the world’s most spectacular photography. Kawah Ijen, a volcano in East Java, Indonesia, and French photographer Olivier Grunewald take it to a whole other level: Kawah Ijen spews out eerie blue flames at night. 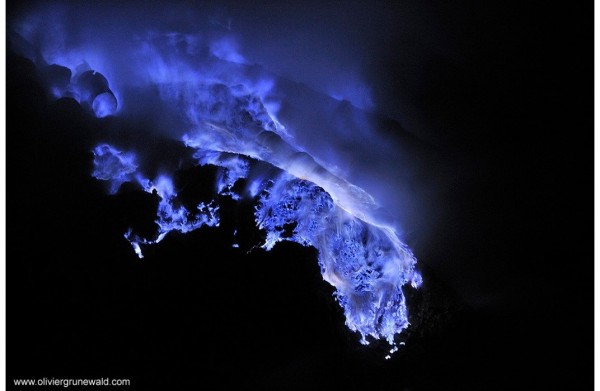 If you watched the awesome BBC documentary series Human Planet, you’ve seen Kawah Ijen before. The volcano is known for its huge sulfur deposits, thanks to a vent near its acidic crater lake.

The substance is valuable (and regularly replenished by the volcano), but the mining operation there features absolutely appalling conditions for its workers, who, aside from the strain mining puts on their body, don’t have anything near adequate respiratory protection or equipment. 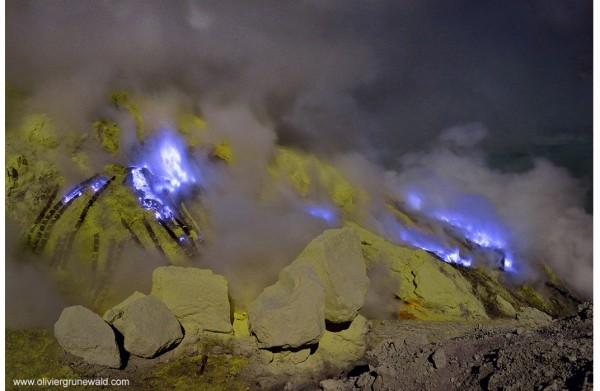 That same sulfur is the cause of the electric blue glow you can see in Grunewald’s pictures. 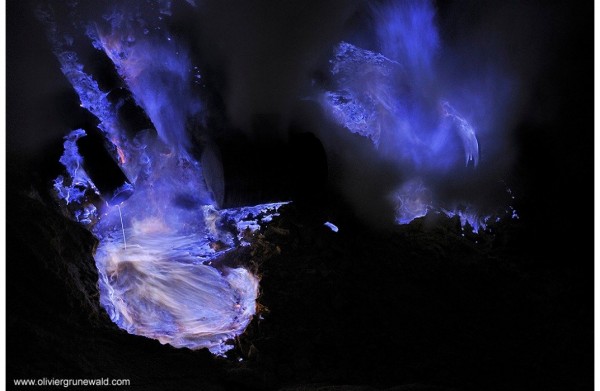 “This blue glow, unusual for a volcano, isn’t the lava itself, as unfortunately can be read on many websites,” Grunewald said in an interview with the Smithsonian. “It is due to the combustion of sulfuric gases in contact with air at temperatures above 360°C.” 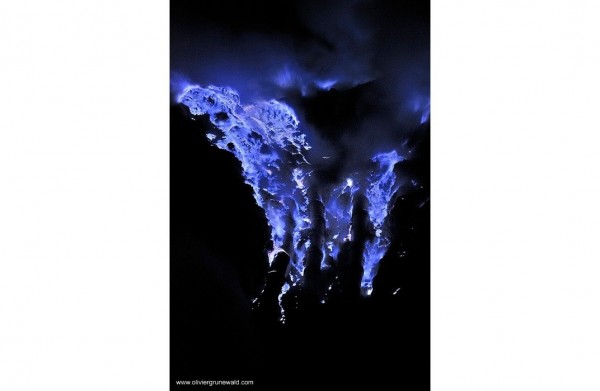 The sulfur is released along with the lava, and the two together give Kawah Ijen its surreal, electric-blue-mixed-with-hellfire-red nightly glow. The yellow stone you can see in some of the pictures is the color of the cooled sulfur. 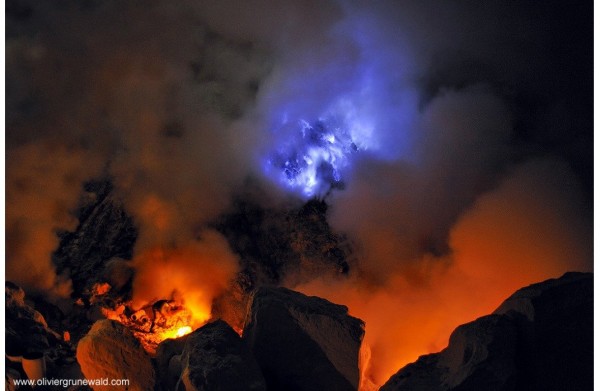 As a result of the gasses, you can’t (or at least shouldn’t) spend much time near the vents without respiratory gear. Unfortunately, this isn’t a luxury many of the mining workers have. 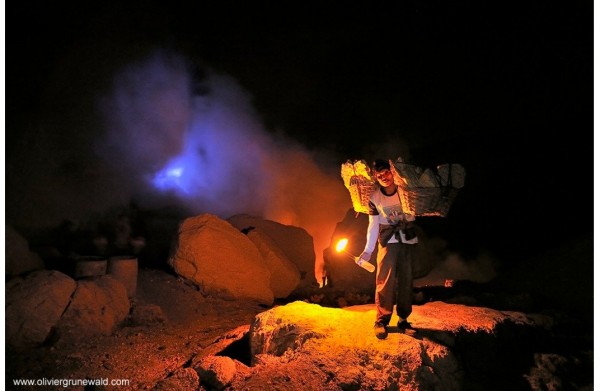 Grunewald spent a number of nights near the vents but wore a gas mask when he got close. The effect is only visible at night because of the blue color of the flames. 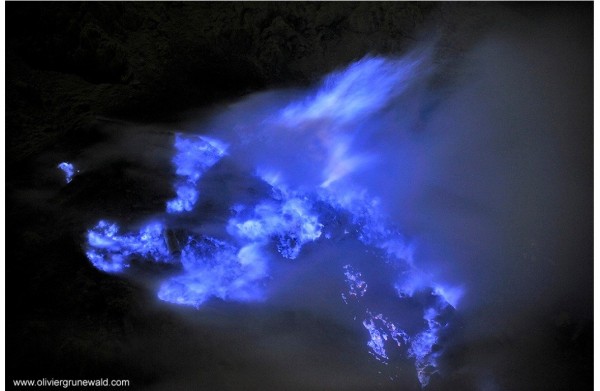 Grunewald claimed that on his first trip, the acid corroded one of his cameras and two of his lenses. 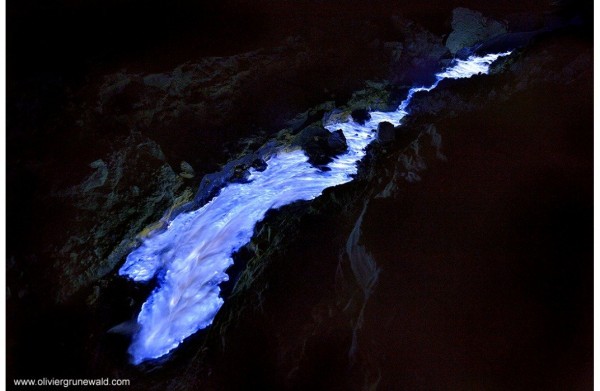 After they left, Grunewald and his fellow photographers distributed their gas masks to the miners.

Tagged
Indonesia
What did you think of this story?
Meh
Good
Awesome