LAST SUMMER, a huge publication asked if I would write an article for them about how learning languages will help you chat up girls.

As nice as it would have been to be in that big magazine, I said no thanks. Then, since it was just before the World Cup, they made me a counter offer and asked if I could write a piece on how to learn Brazilian Portuguese to Travel to the World Cup. Again, I politely declined.

This story, the story of language learning as essentially a magic potion that turns you into James Bond, is an appealing one. But it’s not the story I want to tell. Because I honestly think the answer is no, becoming a polyglot will not insta-solve your dating problems.

But I will admit that at first, when I was starting out in language learning, I thought the answer to this question was an obvious YES. 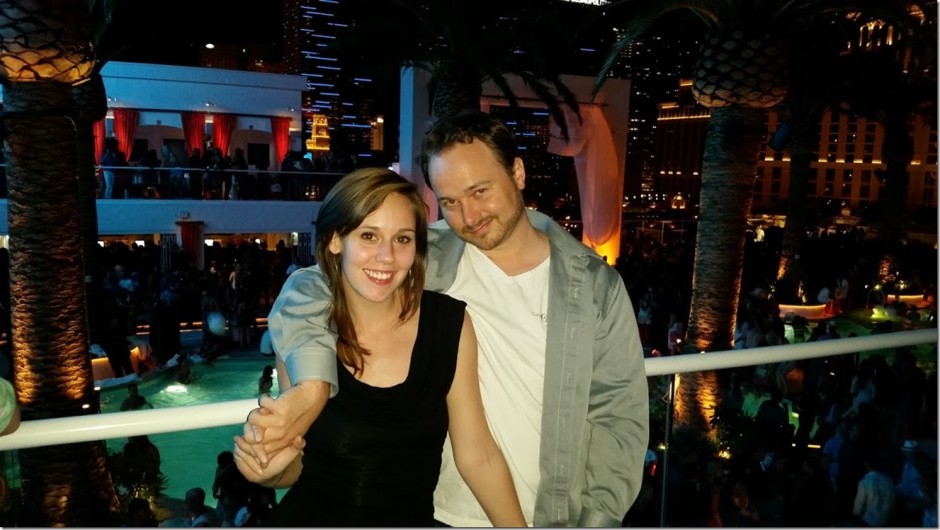 The first polyglot I ever came across (who I tried to depict at the start of my first TEDx talk) amazed me. He would flick effortlessly between Spanish, French, Portuguese and English at parties — and the girls were swooning over him. I still remember two girls coming up to me, simply to ask if I could introduce them to him.

His powers of attraction were so strong that even I was getting attention just by being near him…like somehow his polyglot love potion had splashed onto me. I saw this, and I thought, that’s it. I had discovered the secret to romance. My friend was living, breathing, flirting proof.

Years later, I figured out how he was actually receiving all that admiration.

But it took me a while…

THE ULTIMATE PICK-UP LINE: CHECK OUT MY LANGUAGES, BABY!

When you are a single (and insecure) guy, how to impress a girl plagues your mind quite a bit. There is clearly a trick to it — you tell yourself — like sweet pick-up lines that work on anyone, or things you can buy to flaunt (Porsche? Rolex? A 128GB smartphone with an 8 megapixel camera and three-axis gyroscope?) that will guarantee you that alpha male status.

And for a short time, I genuinely thought that Check me out – I speak several languages, would be it. I had seen the evidence, after all!

I already knew that I wanted to travel for a few years when I had finally figured out how to learn my first foreign language (spoiler alert: speak the bloody language), and it seemed like I would get the added bonus of having any girls I meet instantly faint in my presence at how irresistibly sexy I would be if I were a polyglot.

But the damndest thing kept happening. I would meet an interesting girl, and she’d be pretty friendly, and then I’d whip out my own linguistic version of a “muscle t-shirt” and starting flexing my language skills (at the time a solid 2 or 3 languages). Then for some strange reason, she’d not be as friendly any more and would even sometimes roll her eyes! Didn’t she realize that she was supposed to be mega impressed by my polyglot skillz?

So…what was actually happening here may be really obvious to you reading this now. But give me a break! I was young, and when you are the one living it, it’s a lot harder to see outside your thought box that reasons: “To impress a girl, I must show her how impressive I am.”

I met my polyglot friend again around two years later in his home country of Brazil, and saw the same thing – girls giving him flirty eyes everywhere we went. Only this time he wasn’t flaunting his polyglot powers. He was only speaking one language the whole time. To everyone we met, he could just have easily have been a monoglot.

A little bit of world travel had started to open my mind to how the world works, and I was starting to realize that women (and people in general) weren’t as formulaic as my “If-This-Then-That” engineer mindset would have initially had me believe.

So what was my Brazilian friend doing? What manner of alchemy was he using?

It turns out he was just charming in general.

He was a good listener, patient, wise, and a really good friend. You could get all this just from spending a few minutes with him. That made you want to hang out with him if you’re a guy, and wonder if he is single if you’re a girl.

He wasn’t trying to be impressive, and that made him way more impressive. He never had to brag about his achievements; his personality was what made him charming.

As well as that, it turns out that all those girls swooning over him was never a goal for him anyway, because he is gay. It just so happened that his relaxed nature around women made him appear confident and attractive to the opposite sex.

People who are always trying to impress sometimes achieve the opposite of what they set out to do. They accidentally show the world how insecure they are, that underneath their impressive achievements lies a need for approval and praise.

FOCUSING ON LIVING YOUR LIFE, RATHER THAN OBSESSING OVER WHAT OTHERS THINK

Somewhere along the way, I figured out that trying to impress girls (or people in general) is a really weak use of my time, and yours. Life is too short.

I am a Trekkie who speaks Klingon. I insert dramatic pauses into my conversations that some people may not like. I like making cheesy faces for every photo that’s ever taken of me — (I’m intentionally trying to look like I think I’m Johnny Bravo in the image at the top of this post). I don’t drink, but I still go out with people that do.

Should I hide these traits from people? Of course not. That’s just not sustainable. It’s easier and more effective to just accept that life is more fun when you can be comfortable in your own skin around other people.

Over the years, I’ve made it my focus to try to live life by my own terms. Language learning has been my tool to meet people, but using it as a bragging card to woo the ladies is useless. Unless I’m talking about what I do for a living, I pretty much never mention the languages I speak in introductions about myself.

Instead, I focused on what I wanted to do and expanded my horizons to always look for opportunities to learn something new (whether that be languages…a new computer skill…how to use a quirky gadget…a travel trick…or anything that may interest me!) This meant that I could become the person I wanted to be, rather than the person I feel others would want me to be.

And then when I finally met a wonderful girl, I could simply be myself rather than try to impress her. The two of us being ourselves and feeling relaxed, while also getting along amazingly, meant that the relationship was not only fun and natural, but it was sustainable in the long term.

But being a polyglot played no factor for me in finally finding the right girl.

Just look at the numbers. I learned my first new language when I was 21. I didn’t meet the right girl until I was 31. So…in measuring polyglotism over time against success in romance, I’d end up with one terrible looking line graph.

Patience, not polyglottery, is what I’d recommend for success in love. Lots and lots of patience.

WHEN LANGUAGE LEARNING DOES MAKE A DIFFERENCE

The fact is, if you’re ultra charming and great with girls in your native language, then yes, those qualities will translate over when you learn new languages.

But if you’re a normal guy whose palms get sweaty and mind goes blank when you meet a nice girl…well, sorry, but becoming a polyglot is not going to change that. Your mind will go just as blank in Spanish or French or Italian as it does in English. And your palms will get just as sweaty.

Having said that, learning languages can increase your chances of meeting Miss Right (or Miss Right Now, whatever your preference may be), in that learning a language requires patience, endurance, and lateral thinking. These are good skills to have in life in general, and they can improve your interpersonal skills. Plus, using those languages with other people can expand your personal and cultural horizons and help you become a “man (or woman) of the world” beyond what you’d learn in the community you may have grown up in.

Let me know your thoughts in the comments below.

This article was originally posted on Fluent in 3 Months, and has been re-published here with permission.

Say yes to the world