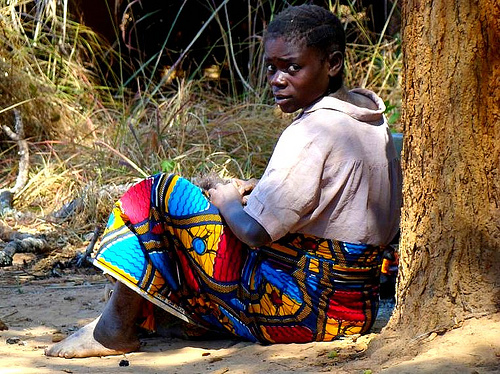 Is the decade-long conflict in the Democratic Republic of Congo “Africa’s invisible war”?

Some fascinating number-crunching from Social Design Notes compares the numbers of fatalities in Darfur and the Congo — roughly 500,000 and 5.5 million, respectively — and then notes the enormous disparity in the media coverage of the two.

In the last 10 years, the New York Times has averaged 13.5 stories on the DRC’s war annually. Darfur, on the other hand, averages 151.6 stories in the pages of the Times each year.

An accompanying graphic starkly illustrated the gap. But what’s behind it? Blogger John writes:

Do the Arab Muslim bad guys in Sudan make a more convenient target for Western Islamophobes? Are China’s competing industrial interests in Sudan easier to finger than US corporate interests in DR Congo?

Are the deserts of Darfur simply more accessible than the forests of Northeastern Congo?

Or is Darfur a simpler story with clearer victims and perpetrators? A story closer to Western ideas of genocide than Congo’s messier regional war?

And in a thoughtful follow-up, a Human Rights Watch rep has the following response:

I fear that the Congo conflict receives less coverage because many outsiders have bought into the preconception that Congo is the ‘heart of darkness’ as characterized by Joseph Conrad’s book by the same title.

The book has often been used to refer to Congo’s plight today, as if the country is somehow predisposed to dark atrocities and violence, and hence there is nothing new to report.

Yet many have misunderstood the real message of Conrad’s book. It is not Congolese barbarism but rather the greed of outsiders that have plagued this country’s history.

Of course, none of this is intended to belittle the suffering in Darfur or to suggest that its ugly conflict should receive less coverage — only to point out the disparity, and wonder why the largest violent loss of life since the Second World War is being so thoroughly ignored?

Wombats are the heroes of the Australian fires, sheltering animals in their burrows
This small and remote Scottish island is looking for new residents
You can now rent the last surviving Blockbuster store on Airbnb
New Zealand goes back on lockdown after recording four new COVID-19 cases
Amtrak is having a buy-one-get-one sale for private rooms on its most beautiful routes