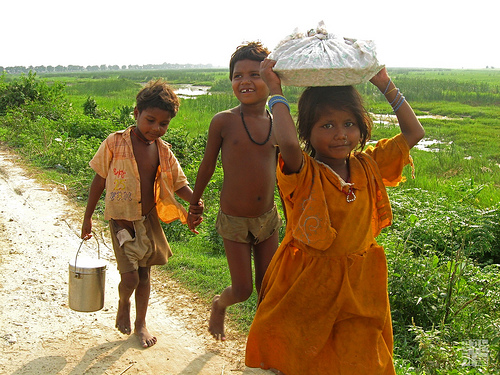 The Globe and Mail reports that some sweeping changes to Canada’s citizenship laws could have a serious impact on the country’s expats, foreign aid workers, even foreign-based students — basically, anyone living abroad, no matter how temporarily, outside of the military and the diplomatic corps.

The new legislation is aimed at cutting down on the so-called “Canadians of Convenience” — the descendants of immigrants who landed citizenship before returning to their home countries, and passed along the citizenship for multiple generations.

It stipulates that citizens who go abroad may pass their citizenship along to their foreign-born children, as before.

Hundreds of thousands of Canadians will be affected by these rules.

The idea is to prevent generation after generation of people, who may never have even set foot in Canada, from claiming citizenship.

(It’s a response, in large part, to a controversy that erupted during the Hezbollah-Israel conflict of 2006, when thousands of Lebanese residents with Canadian passports popped up in Beirut, requesting taxpayer-funded Canadian rescue efforts.)

But the broad sweep of the legislation — there are no exceptions for temporary stays abroad, and no consideration of how long a given citizen has spent in Canada, before reproducing abroad — threatens to catch thousands of expats in its net, too.

“Hundreds of thousands of Canadians will be affected by these rules,” said the head of the Canadian Expat Association. “These people may be working or volunteering abroad temporarily.”

My own children will be affected. They were born abroad, but, of course, live in Canada. As bilingual (English-Japanese) children they hope to work in international trade in the future. Do I honestly need to tell them that if they have kids while working abroad, they will not be Canadian?

Other expat advocates pointed out the potential impact of more restrictive citizenship rules on Canada’s competitiveness in the fluid global economy — by creating a disincentive for workers to go abroad with multinationals.

Personally, I have trouble even getting worked up about the “Canadians of Convenience” side of things. Complaints on the subject mention our citizenship being “watered down” as a result, but nothing can water down my pride in my citizenship, least of all the idea of my tax dollars going to rescue civilians (Canadian or otherwise) from a war zone.

Beyond that, though, it’s clear this legislation goes too far.

Even if you accept that these “Canadians of Convenience” are a problem worth addressing, this is not the place and time to be punishing Canadians for working abroad, volunteering abroad, studying abroad, and so on. We need to be more engaged with the world, not less.

As people who spend an awful lot of time overseas, Matadorians, what do you think?

If you knew you were risking your children’s citizenship by starting a family while abroad, would you think twice about doing so?