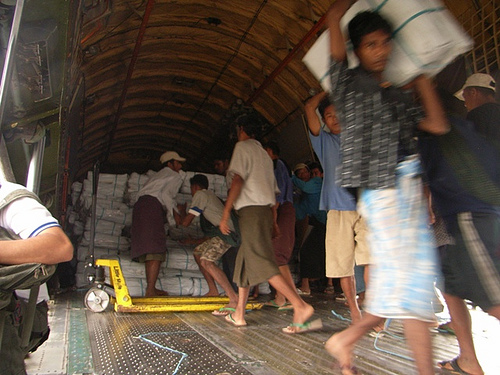 Natural disasters strike all too often, especially in places ill-equipped to handle the resultant humanitarian crises.

When well-publicized, these may lead to relief efforts funded by the deep pockets of the developed world. Generous giving by individuals and governments can turn the tide, rebuilding lives and essential infrastructure.

But some argue that this tunnel-vision focus on natural-disaster relief blinds us to other work being done in developing nations, decades-long efforts that don’t get the press time or the charitable millions but are equally worthy of support.

A New York Times article published this week describes such a scenario in Myanmar (or Burma), which has received unprecedented amounts of aid in response to last May’s devastating Cyclone Nargis.

Prior to the storm, assistance to Myanmar was slim due to the pariah status of the country’s military government. The havoc wreaked in the Irrawaddy Delta by Cyclone Nargis, however, was too much to ignore.

Estimates put the number of dead and missing at 130,000, with millions more at risk from starvation, disease, and lack of clean water. Thanks to high-profile pushes for aid, and the resolve of the international community to pressure the ruling junta to accept it once offered, many survivors are now getting the care they need. 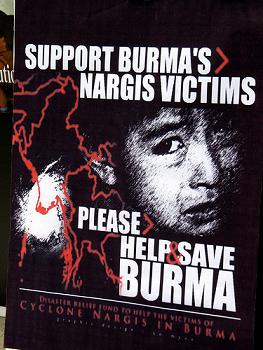 But for the rest of the country, little has changed since Nargis.

In northern and western Myanmar, locals still face poverty, disease, and a fundamental dearth of resources, not to mention the repressive policies of their government.

Agencies that operate nationwide, such as the UN’s World Food Program and Doctors Without Borders, have their hands tied by the funds they receive, with most of it earmarked for cyclone relief.

While food and supplies may be flowing into the Irrawaddy Delta, programs elsewhere are being cut in the wake of the global financial crisis.

The junta, instead of addressing the issue, is exacerbating it, as “impoverished villagers here along the border with Bangladesh have been forced by the government to donate money for the victims of Cyclone Nargis—a philanthropic gesture, couched as patriotic duty, that they can hardly afford.”

Many elements of Myanmar’s situation are unique. But it does raise the question:

Do the benefits of disaster-centric international aid outweigh the pitfalls?

Myanmar/Burma is a hot topic on the Matador Network.

Check out a special Burma-focused edition of Tales from the Road, Sean Aiken’s touching essay, Waiting for Life to Begin in a Burmese Refugee Camp, or the very pertinent 6 Ways To Avoid Aiding Repressive Governments.

Canadian Mounted Police fined seven US visitors $1,200 for hiking in Banff Barbados could soon allow remote workers to stay and work on the island for one year NASA releases epic 10-year timelapse of the sun Swedish prime minister orders inquiry of anti-lockdown response to COVID-19 This ‘COVID-free’ Italian town is selling houses for just $1