IF YOU EVER NEED ANY PROOF that the cultures between the states differ, check their Google search histories. Estately, a home-buying site, put together this map of what each of the states Googled most this past year (that the other states just weren’t as interested in).

The results are pretty hilarious, and are also a pretty good recap of the stuff the U.S. was fixated on most for the year of 2015, from the very serious (like Black Lives Matter and gun control) to the very silly (like Magic Mike XXL and the meaning of the word “bae”). Estately did a further breakdown of some of the runner-up unique search terms over on their blog. 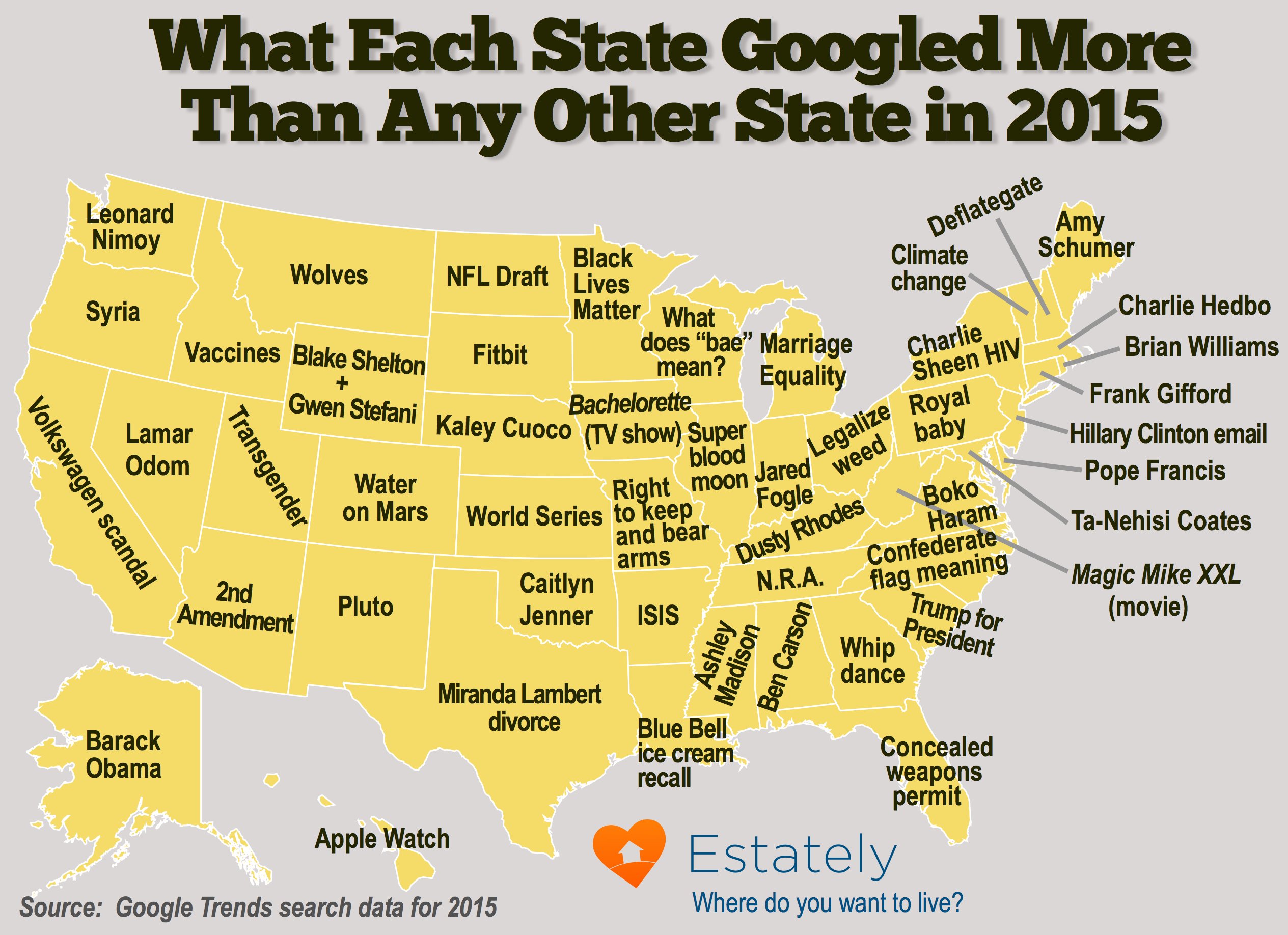 Tagged
Maps + Infographics United States
What did you think of this story?
Meh
Good
Awesome