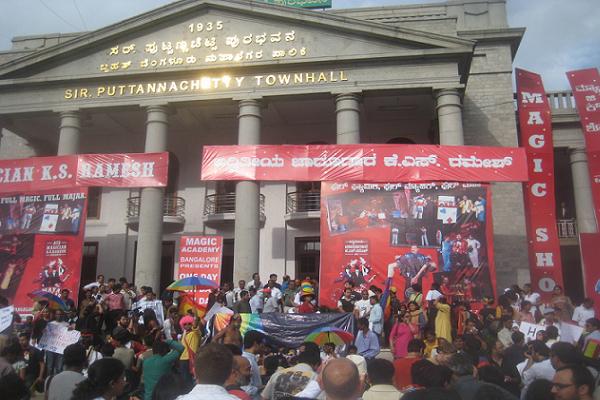 In a historic judgment following an eight year long legal battle, the Delhi High Court today read down the controversial Section 377 of the Indian Penal Code (IPC) that criminalized homosexuality.

The court held that if Section 377 was not amended in the case of consenting gay adults, it would directly violate their fundamental rights as stated in Article 21 of the Indian constitution (every Indian citizen has equal opportunity of life and is equal before law). This section, however, will continue to exist for non-consensual same sex cases and instances involving minors.

Section 377 was formed in 1860 and is an archaic remnant of the British Raj. It states that ‘unnatural sex’ is a crime and is punishable by 10 years imprisonment. For years the Indian gay community has been terrorized and marginalized under the guise of this law. But not anymore.

In a 105 page sentence, the judges quoted India’s first Prime Minister, Jawaharlal Nehru, in pushing for equality and inclusiveness for all Indian citizens. In a landmark judgment that will change and catalyze the LGBT movement in India, the bench further stated:

“In our view Indian Constitutional law does not permit the statutory criminal law to be held captive by the popular misconception of who the LGBTs (lesbian gay bisexual transgender) are…. It cannot be forgotten that discrimination is [the] antithesis of equality and that it is the recognition of equality which will foster dignity of every individual.”

This eight year long battle began in 2001 when the Naz Foundation filed a Public Interest Litigation (PIL) against section 377. While the petition was dismissed in 2004, it has found a more promising result five years on.

This campaign encountered frequent roadblocks, but its current success is credited to the visible rise in campaigning for gay rights over the last few years. With pride parades taking over the streets of major metros and high profile campaigners, the issue of gay rights has been brought to the forefront of conservative Indian society.

The current judgment will hold until Indian Parliament decides to amend the law, allowing for more concrete reforms. Until such a time, this court order will suffice, putting an end to the decades of persecution, discrimination, blackmail and imprisonment suffered by the gay community, a first in India’s history.

As soon as the decision was announced, celebrations and protests began simultaneously; while rights activists finally have something to celebrate, religious leaders expressed anger at the judgment. And while the government and other bodies (religious and social) are expected to appeal the decision in the Supreme Court of India, this is being considered as a major victory for the Indian gay community.

So far, 2009 has been a watershed year in gay rights. Read about the passage of a bill allowing same-sex marriage in the US state of Iowa or check out these photos from the Prop 8 protests in San Francisco.

What did you think of this article?
Meh
Good
Awesome
Bookmark
Posted In
News
Destinations
India

11 Indian curries that are infinitely better than chicken tikka masala

Your guide to the essential biryanis across India