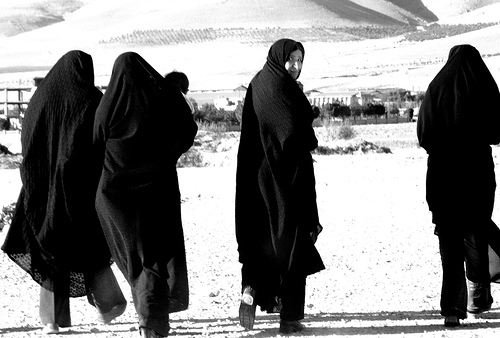 Could Iran have a shot at some change we can believe in, too?

High-profile pro-reform politician Mohammed Khatami, who served as President of Iran from 1997 to 2005 — when power passed to the more belligerent Mahmoud Ahmedinejad — has announced that he will run again in the country’s upcoming elections.

(Iran’s presidents are permitted to serve two consecutive four-year terms before stepping down, but they are free to run again in future.)

Khatami’s candidacy leaves Iran’s reformers, and much of the West, eyeing the tantalizing possibility of the country adopting a more conciliatory tone at the very moment that President Obama is doing the same.

During his last turn in office, Khatami worked to increase both political and social freedoms — though many of his efforts, including an attempt to loosen press restrictions, were blocked by hardliners. His supporters hope that the last four years of tension have fueled the desire for change.

People feel the need for change because of Ahmadinejad’s foreign policy and economic policies. Therefore we think people will vote for Khatami, for change… With Khatami running, the election will be polarized.

Of course, nothing is certain: Ahmadinejad retains a great deal of support, especially among the more hardline clerics and in rural areas, while Khatami’s failure to deliver on past promises led some reformers to give up on him.

The Iranian election is slated for June.

Tagged
News Activism Iran
What did you think of this story?
Meh
Good
Awesome