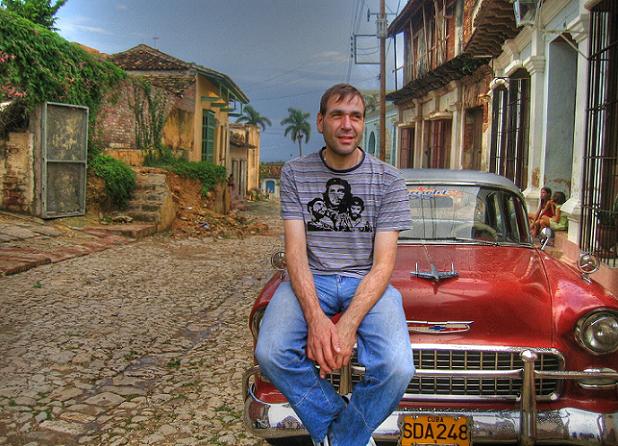 I’ve been following the news about the Obama administration’s foreign policy with respect to Cuba closely. My husband’s entire family lives in Cuba and I’ve been traveling there for five years under the radar. Besides looking forward to the day when I can take a direct flight from my home in New York City to Havana’s Jose Marti International Airport, I have dozens of American friends who are dying to go and see the island and its people for themselves.

And if Orbitz–the Internet travel booking service–has its way, that might be sooner rather than later.

Yesterday, Orbitz announced the results of an opinion poll it conducted in conjunction with Ipsos regarding Americans’ attitudes about the freedom to travel to Cuba. The results? A whopping 67% of Americans favor lifting the travel ban, which would allow all American citizens to travel to Cuba freely, and an even larger percentage–72%–feel that American travel would benefit Cubans.

Given the results, Orbitz decided to launch an initiative intended to influence Obama’s policy with respect to the current travel ban, the full details of which can be found at OpenCuba, but which are summarized here:

“OpenCuba.org gives travelers the opportunity to get directly involved in a grassroots effort to convince American legislators and regulators to end the ban on travel to Cuba. As a focus of the campaign, travelers will be asked to sign a petition calling for an end to the travel ban. Orbitz executives will formally present the petition to U.S. officials in Washington, DC, later this year.”

Lest you get all warm and fuzzy thinking that the travel company has gone activist, consider this: every American who signs the petition will receive a $100 travel credit that can be redeemed on Orbitz to book a Cuba trip should the policy change.

It’s a brilliant business strategy–one that might not only influence a 50 year old foreign policy, but which may also make Orbitz the frontrunner in travel-to-Cuba services once the ban is lifted.

Editor’s Note: Thanks to Matador member and regular contributor Theodore Scott for the tip on this news!

What do you think of Orbitz’s “Open Cuba” initiative? And are you interested in visiting Cuba? Share your opinions below!