ATTITUDES TOWARDS RELATIONSHIPS ARE NOT the same across the U.S. At least that’s what a study done by Avvo, a website geared towards helping people find lawyers, found. The study consisted of a number of questions that were asked of people in four different regions of the U.S.: the Midwest, the Northeast, the South, and the West. Here’s what they found.

The Northeast is less opposed to divorce. 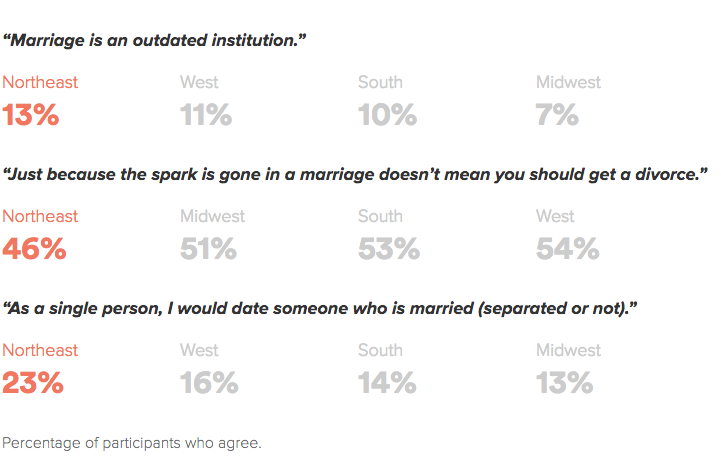 All images courtesy of Avvo

The Northeast is the most opposed to marriage as an institution (though it’s still a pretty small minority who say that marriage is outdated), are the most likely to think divorce is acceptable in a marriage that the spark has left, and are the most likely, as single people, to date someone else who is in a committed relationship.

Westerners are most into open relationships.

When it comes to open relationships, the West is the most open by a decent margin.

Southerners and Midwesterners are the least tolerant of homosexuality.

Unsurprisingly, the liberal coasts are more open to homosexuality than the South or the Midwest. The good news is that a majority are open to gay marriage from all four regions. 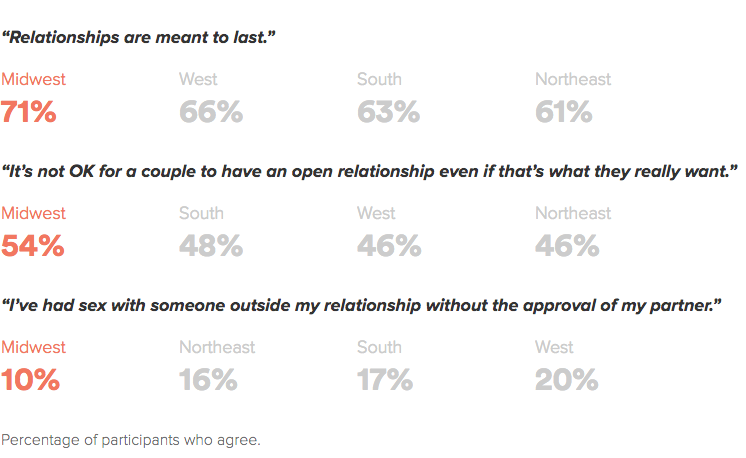 Check out Avvo’s website for the full interactive map.

Tagged
Couples United States
What did you think of this story?
Meh
Good
Awesome