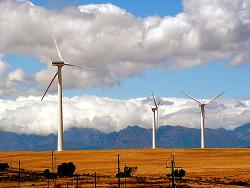 I can still remember the first time a college professor opened my eyes to the way ‘Africa’ (and, of course, it’s usually treated as a homogeneous unit) is painted in most major media.

Since then, I’ve noticed every time words like ‘senseless’, ‘chaotic’ or ‘savage’ crop up in articles about violence on the continent, where similar violence elsewhere – in the Balkans, say, or Kashmir – might receive more nuance and context.

This week, Slate offers this all-too-rare reality check on the recent township violence in South Africa, and its coverage in the mainstream U.S. media. From the article:

The coverage shows only suffering victims, violent perpetrators, and a failed African head of state. By slotting foreigners, the South African poor, and the president into these roles and pitting them against each other, U.S. readers and viewers never really find out what xenophobia means in South Africa, except for the most obvious and familiar definition: the hatred of foreigners.

It’s an interesting read – and it should be clear that the author is not in any way trying to minimize the violence or the harm done, only trying to explain the historical factors that give ‘foreigner’ a different definition (or several definitions), in South Africa, than the one we might be used to.