As I grew older things didn’t go as planned, and my story of disillusionment is in no way unique. But I still had that dream within me. I found myself in my early twenties working a dead end job for minimum wage, and I needed something more than a punch card. The solution? Buy a mandolin and hit the road.

My name is Mike Quain, but on the road I’m known as The Nikon Kidd. I’ve learned bluegrass in Appalachia, rode freight in the mountains of Montana and built shelter in the rainforests of Washington. I found a place in the fast-paced subcultures bred on America’s highways. Vandwellers, dirty kids, hippies and hobos— these vagabonds were the happiest and most interesting people I’d ever met.

This wild variety of people had a common thread— a love for the open road. Some run from their past. Some run towards their future. Some just take it a day at a time. I decided to get my hands on a camera to document what I saw. Twenty thousand miles later, I have collected dozens of portraits. These are the stories of those with a spirit that refuses to bend to the weight of monotony.

All photos are provided by The Plaid Zebra. 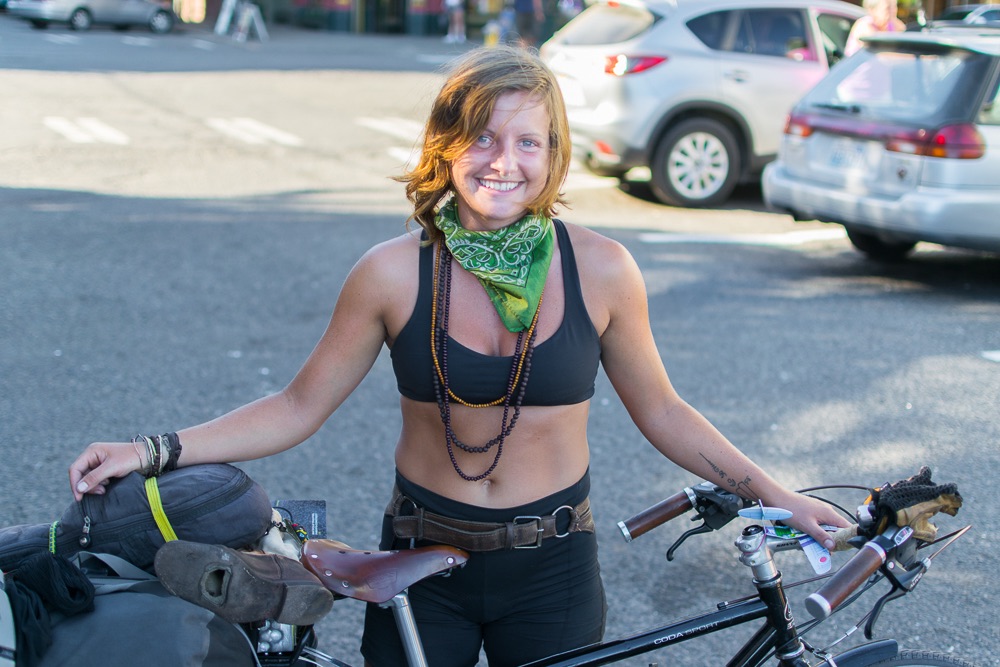 Do you have any lessons from the road?

“I’m so acutely aware of the time I waste on small decisions that don’t really matter. Because I’m traveling so aimlessly it’s decisions like “Should I go this way or should I go that way?”

I’ve learned that it’s best to get on my bike and start pedaling.” 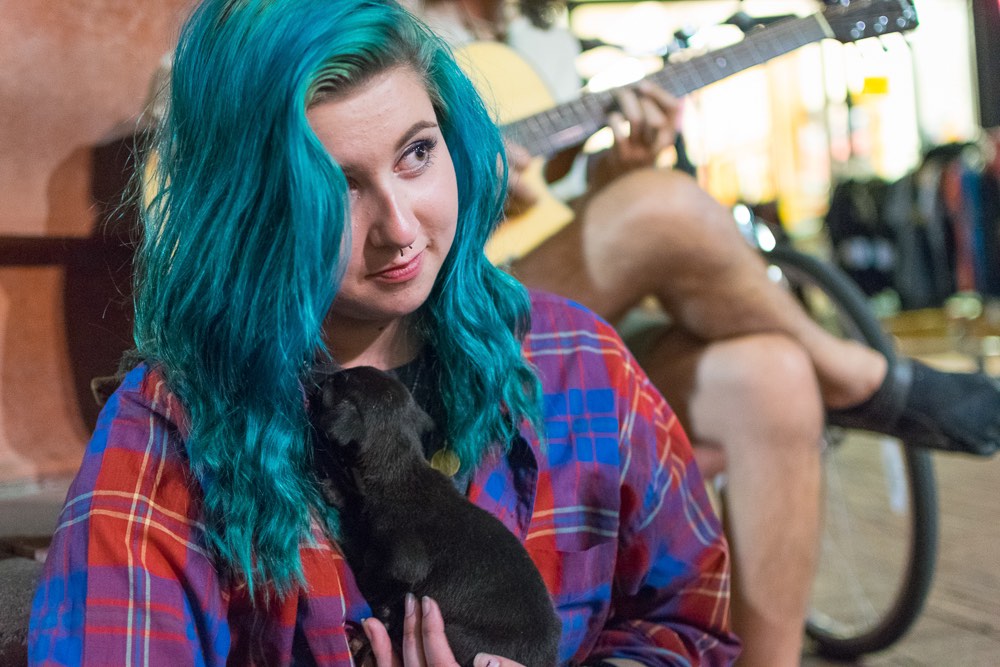 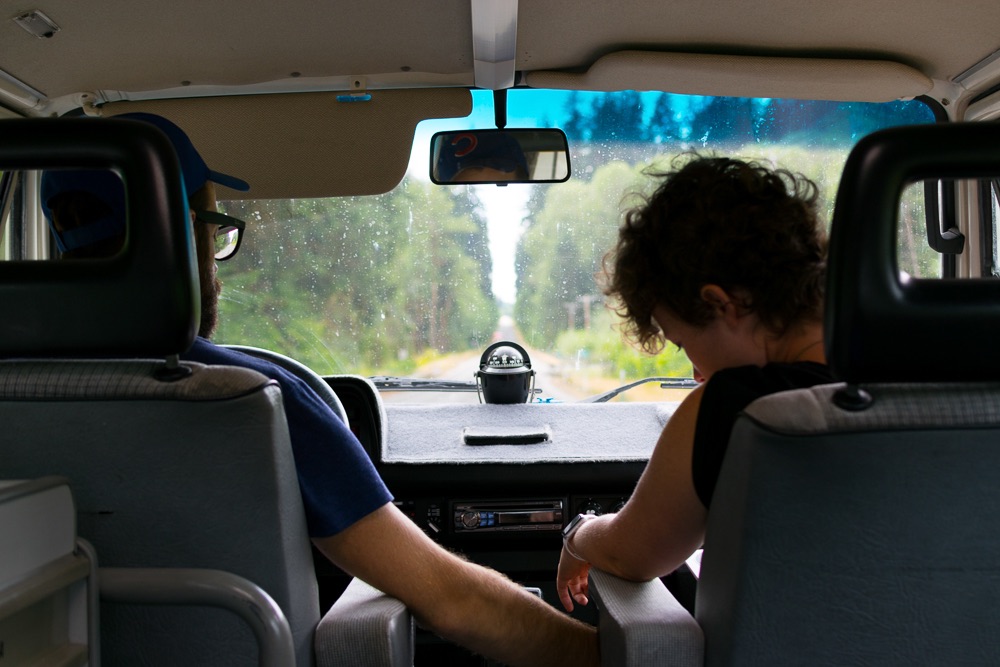 “The less stuff you have, the more freedom you have…There’s less to tie you down, less to get in your way. In our case, we measure weight in pounds, not tons. If we drop 50 pounds, our van will drive better” 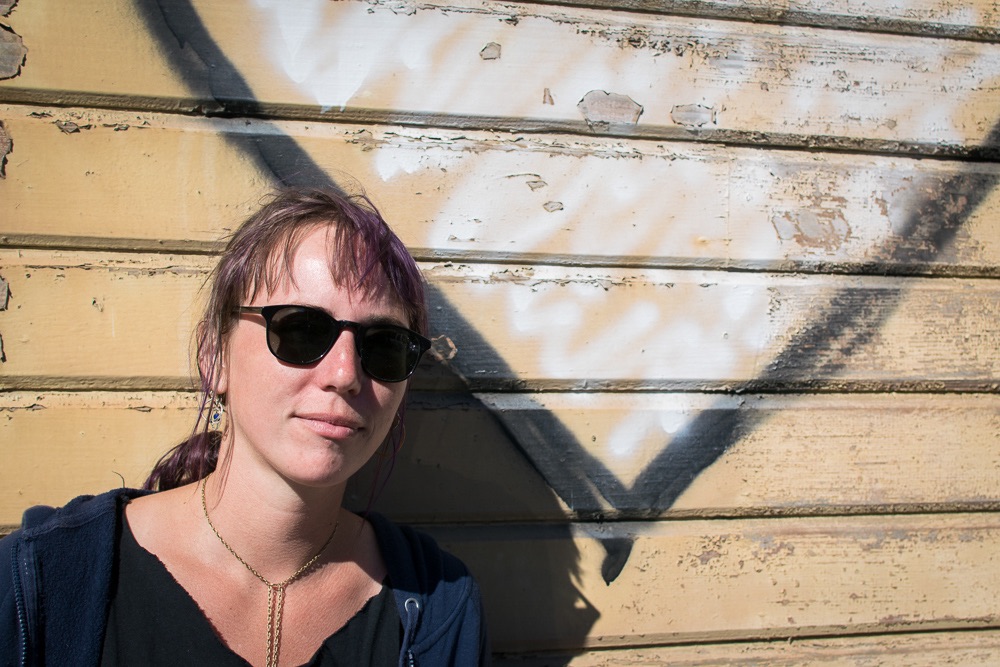 What’s something you learned while traveling?

It felt so good just to get out and go to some wild area and bathe in the river instead of pay for a day pass at the YMCA or something.

I just fell in love with nature and traveling because it doesn’t have a price.” 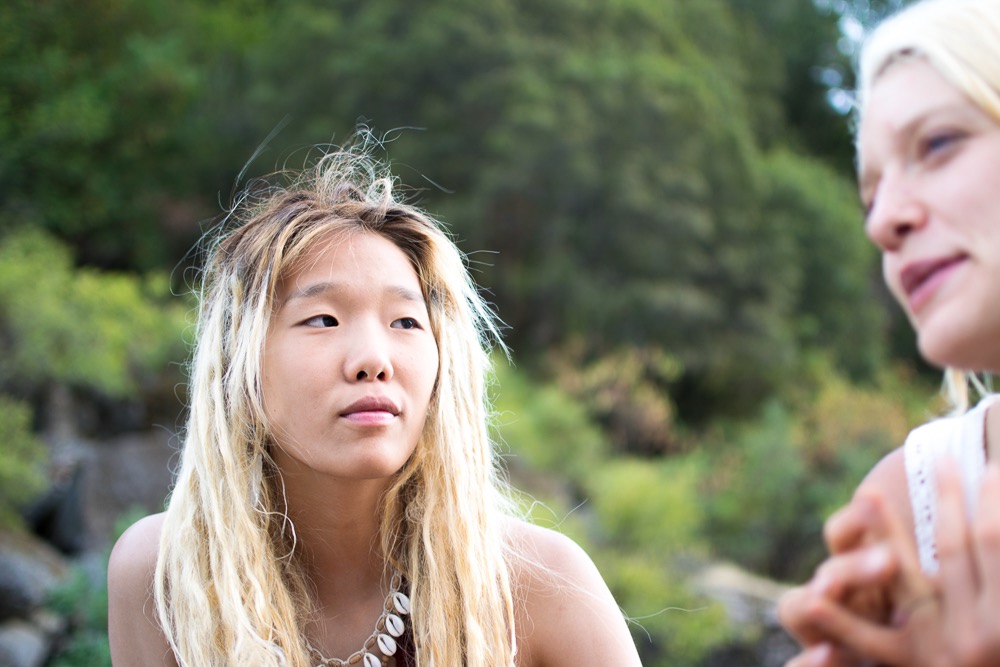 “I always wanted to travel, ever since I was young, but I never imagined that I’d be traveling like this. I always had it in my mind that I needed money and a nice job. Asian parents, you know. I heard of people hopping trains, and I started looking it up. I became obsessed with it and then one day, I just left.

There were a lot of things I wanted to leave behind. In some ways, I feel like traveling saved my life” 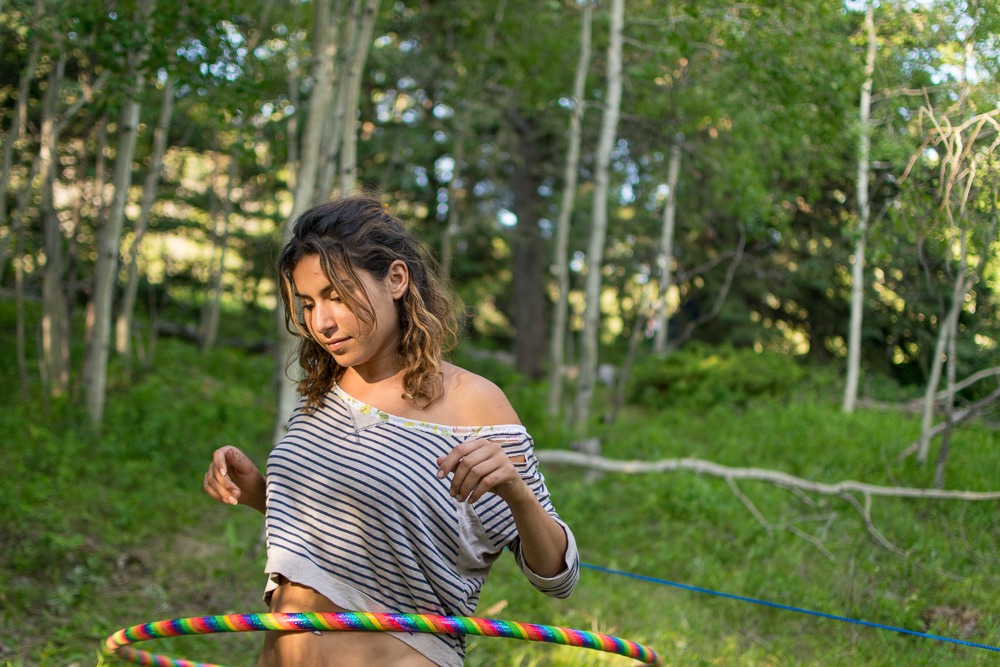 How’d you get on a cargo ship?

“Well, I was very determined to cross into Colombia from Panama without a plane ticket, but you can’t. There’s no road.”

“Yeah, and there’s a lot of drug war going from one side in the south. That’s the side I started out on. I saw a couple dead bodies before I turned around to try the other edge.”

“Yeah, but it was so beautiful.” 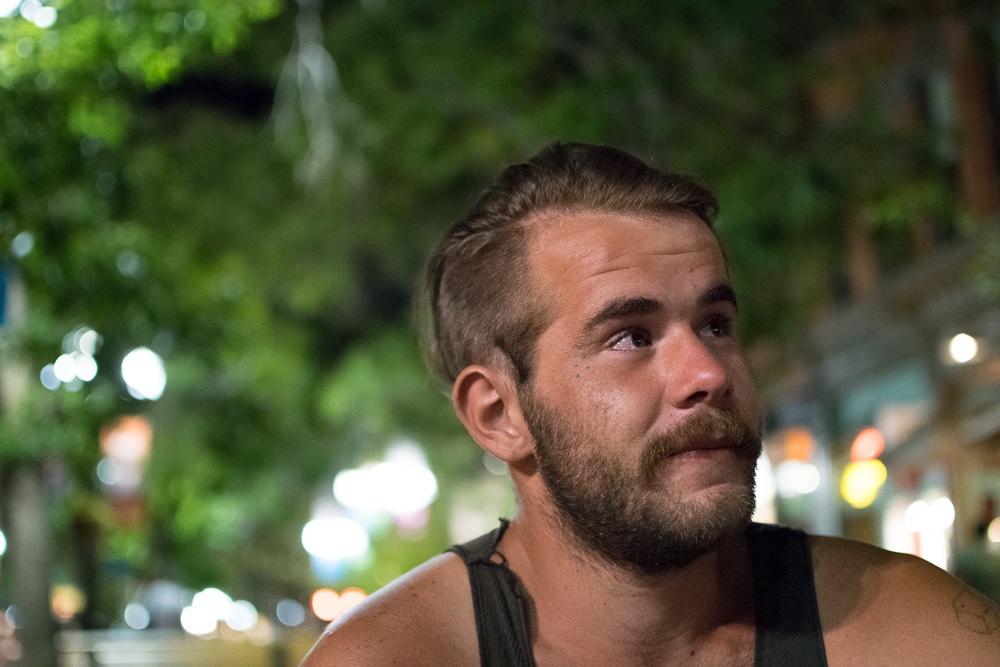 “I was on a train. It was one of the ones with the three big holes on the bottom. I asked my buddy for rolling papers to roll a cigarette. He leaned back and went through the hole. He was gone, just like that.

One night I was on a ride with 20 kids, all on top of a boxcar drinking, having fun and singing. In the morning four of them were gone. We lost four kids that night out there in Arizona. That’s why I got this (pointing to the four dots tattooed above his right cheek).

It really does change your mentality. You start to think about how dangerous it is. People think we get by for free, but honesty we pay dearly for this. We pay with our lives.

That’s why now I won’t travel with anyone who doesn’t know what they’re doing. Because now I’m responsible for that person’s life. What if something happens?” 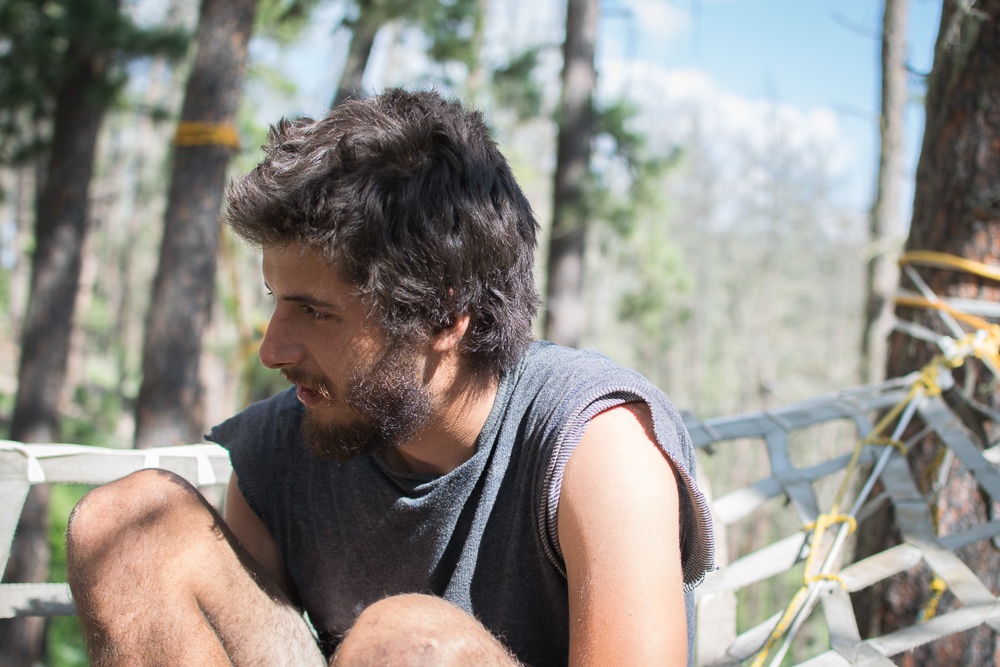 What’s something you’ve learned since you started traveling?

“People are kind of the same everywhere. There are different accents and more of certain kinds of people, but for the most part the world is occupied by really nice people.” 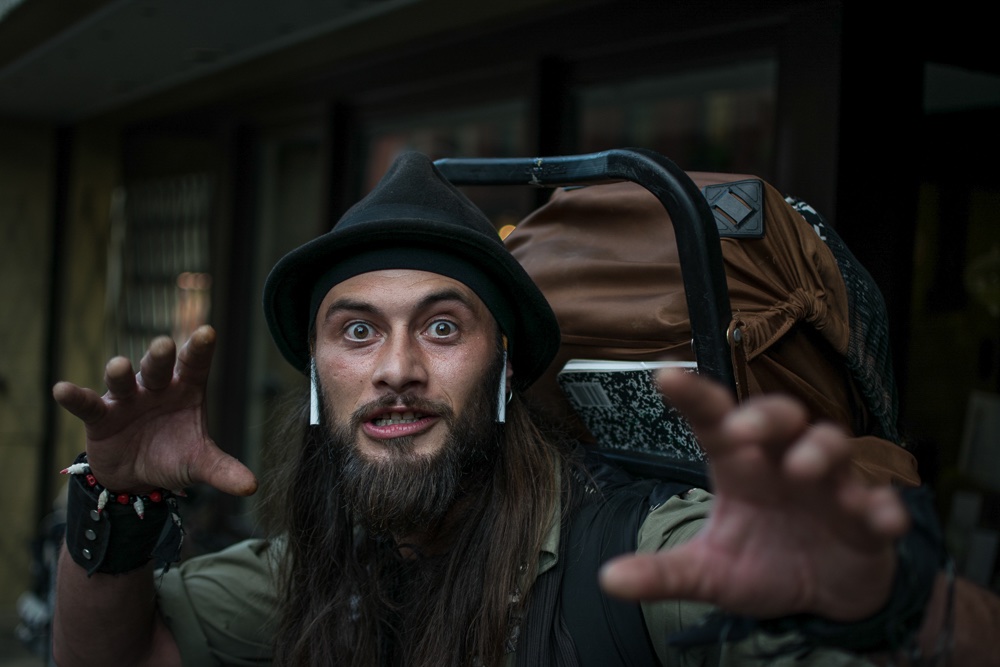 Can I take your picture?

Do you have a dollar?

Well, do you need one? 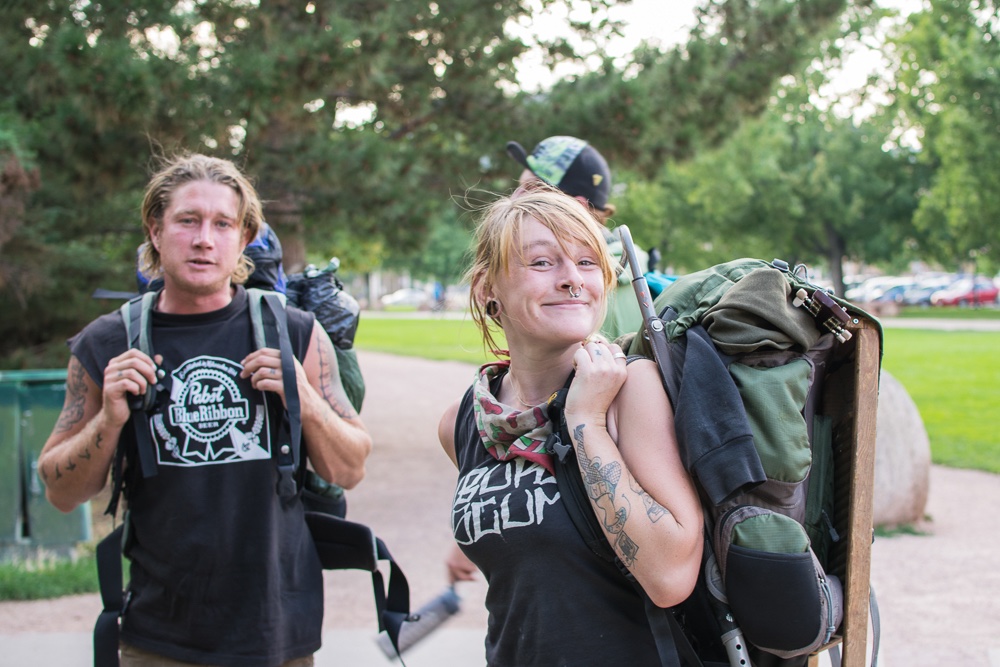 “Give as much as possible, all the time. Kindness. Pay it forward. If you make some money. Toss it to someone who looks like they don’t have a skill. We’re pretty chatty musical people, but we see people who aren’t. We have very little, but we give a large portion of it.” 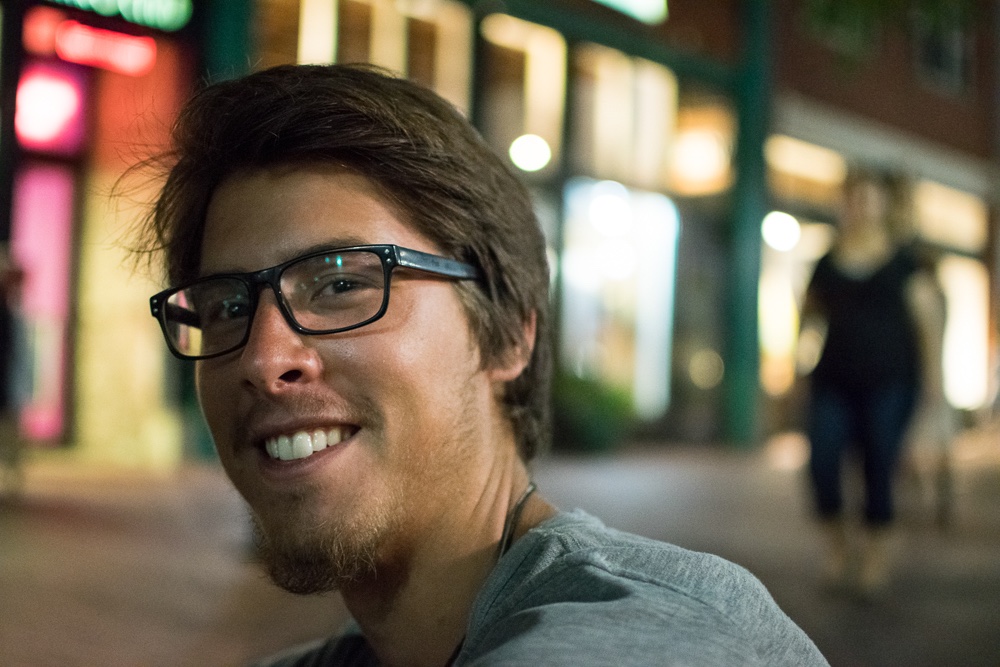 “I’m pretty much a professional hitchhiker. I do it efficiently and fast.

If you’re smart about it, you make a good sign, you look clean, you get there early in the morning, you get your thumbs up proudly up in the air, and you wave at people who drive by. Smile at them, and look them in the eyes. You need a great place for cars to stop, so have a good pull out.

If you want, you can make colorful signs. Seriously, if you invest in your sign, people will say ‘Those people have colored pens. They don’t have drugs; they’re having fun.’ If you do all that, you should get picked up. My girlfriend and I get picked up all the time by people picking up their first hitchhikers.” 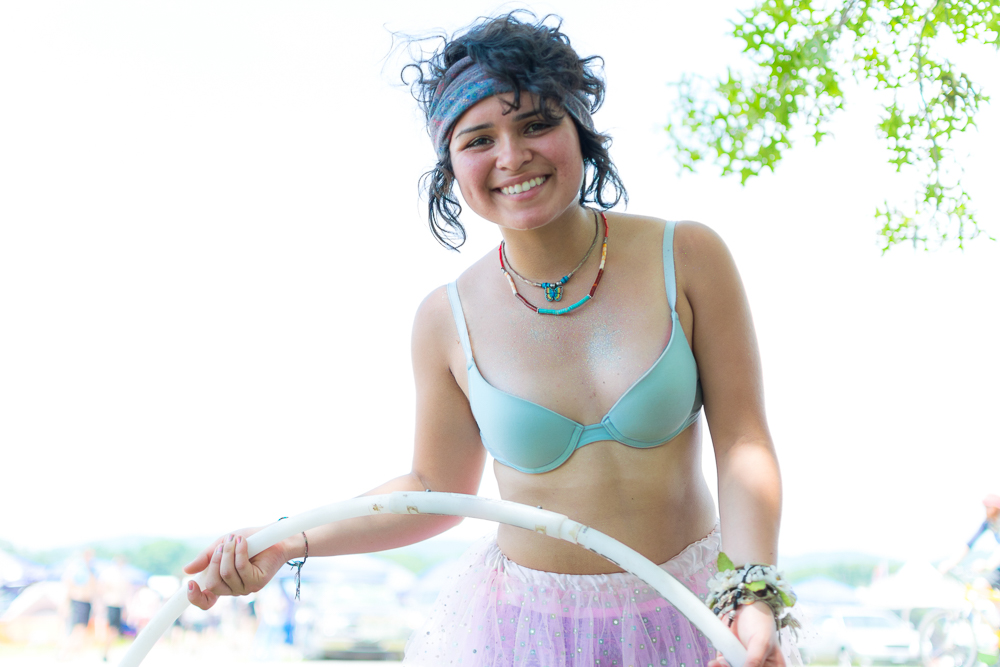 “Do what makes you happy.”

You can find Mike Quain’s project, The Nikon Kidd, and more photos on Facebook.