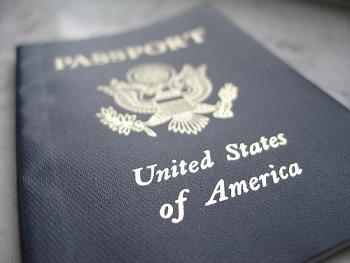 Guest writer Christine Gilbert says “no,” and shares 5 reasons not to get the new US passport card.

“The postal clerk told me I should get a passport card.”

If you’re like this person, you might be asked if you want the new Passport Card instead of your trusty passport.

Before you jump at the cheaper price (more than 50% less expensive for the card compared to the passport), be aware there are several good reasons to stick with your passport book.

The new card is small; it looks like a license and is cheaper than the passport.

Unlike its bulkier predecessor, the passport card is intended only for people traveling by land or sea to Canada, Mexico, the Caribbean, or Bermuda. This limits your travel to road trips or cruises to one of these countries. If you fly or want to venture further, you will still need the standard passport book.

2. Not a Valid Backup

The US Post Office is touting the passport card as a form of back up for your passport, with the idea that you will always have one form of valid ID even when your passport book is being updated.

This claim is true if you’re limiting your travels to one of the covered countries, but if you find yourself overseas with a lost or stolen passport, the passport card won’t get you very far. A better alternative is to make copies of your standard passport and keep them with friends or family or stored away from your other belongings.

The passport cards contain a technology known as RFID, which allows border control to scan the chip inside your card. While government officials vehemently deny any security risks, critics point out that the new card can be scanned from 20 feet away.

While the chip won’t contain any demographic information, it will hold your government issued ID number, which security experts complain could potentially be linked back to your Social Security number or other identifying information. Each card is being issued with a plastic slip cover designed to deter unwanted scanning, but until the chip is fully field tested, it’s hard to figure out who’s right on this issue.

The passport card is good for 10 years, just like a regular passport. If you invest in the card, instead of the book, be prepared to live with that decision for that period. If for any reason you decide to travel outside the covered countries, you will still need a regular passport. Given that the main incentive is a price savings, you could end up spending more purchasing a regular passport after you’ve already invested in the card.

5. Supporting an Increase in Bureaucracy

If you thought getting the card would be easier, think again. You will still need to fill out forms, provide proper identification and submit four passport sized photos. Getting a passport book is only slightly more complicated than the card.

If the US State Department was worried about the financial hardship of enforcing the Western Hemisphere Travel Initiative, wouldn’t it have been simpler to just lower the cost of obtaining a passport for everyone? Instead they’ve added a layer of complexity to a process with the only benefit being a smaller application fee. Should you get it? Only if you like paying $45 for another piece of plastic in your wallet. Otherwise, stick with the internally recognized passport; it’s the safest bet.