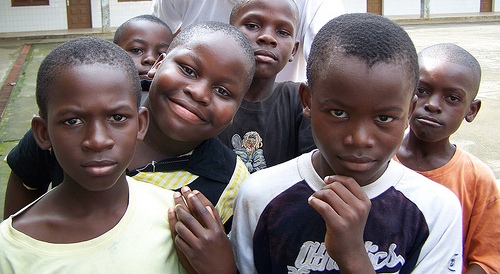 Two weeks ago we blogged about the assassination of Guinea-Bissau’s President, Joao Bernando Vieira, by members of the army.

Details in the media have been scarce, so we asked Kota Tabuchi, a Matador member and Africa Program Director for Mountain Travel Sobek, to shed some light on the killing and its aftermath.

Guinea Bissau has all but vanished from the news since the word that the President had been killed. Any idea of who’s in charge? Is there a Vice-President who’s taken over? Is the Army running the show?

Former Parliamentary Speaker and lawyer, Raimundo Pereira, is currently serving as the Interim President of Guinea Bissau. He’s been urged by the international community to organize a free and fair election to return the country to constitutional democracy; a country that has been historically, and still is, plagued with corruption, famine, disease etc.

Also keep in mind that this wasn’t the first attempt at the President’s life. Back in November 2008 (quite recently), an attempt was made at his life at the Presidential residence.

Government instability is nothing new to Guinea Bissau, it seems. Do you get a sense of how people reacted to the President’s death? Was there shock and fear, or was it closer to “business as usual”?

Without having been on the ground myself, much of what I’m about to report is what I’ve heard from my partners on the ground and a bit of speculation. Coming from the Western world, I think it’s difficult for us to put ourselves in their shoes and see the world through their lens.

This is a country plagued with corruption, poverty, drug trafficking (yes, one of the major drug routes to Europe) with life expectancy below 45.

Hardships like this occur in places like Bissau all too often. They deal, cope and move on.

In addition, much of the population lives outside the city of Bissau in remote areas with no access to news etc. In particular, Bijagos Archipelago, off the western coast, is an area detached from the mainland and makes up a good % of the country’s land mass.

The arms of the government simply don’t have a strong enough grasp on these remote islands (kind of like how some of the remote inhabited islands of the Philippines / Indonesia aren’t affected by mainland politics and poorly managed etc.).

With that said, the situation on the ground is reportedly calm, borders remain open, and nobody is fleeing the country. According to my sources, most citizens are not overly concerned, in shock or living in fear. This incident is a result of a power struggle within the African Party for the Independence of Guinea and Cape Verde (PAIGC), not of civil unrest.

However, I wouldn’t go as far to say that this is “business as usual”. I’d speculate, based on my experience in Africa, that incidents such as what happened in Bissau definitely have at least a slight impact on the country and its morale; simply not to the extent of what we’d feel here in the US.

At the end of the day, they’ve got bigger fish to fry like getting food and surviving.

Two weeks on, is there a tangible impact on the streets? Or have people’s lives more or less gone back to normal? 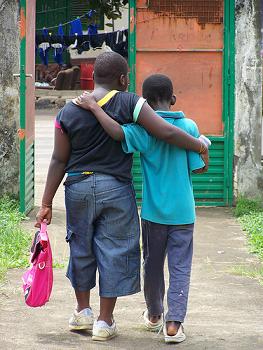 Normal is such a relative term and I hesitate to say that life is ever ‘normal’ in Bissau.

Remember, this is one of the world’s poorest nations and they’ve just gone through a massive cholera outbreak several months ago as well as their key political figures being assassinated.

Hardships like this occur in places like Bissau all too often. They deal, cope and move on.

Are people in Guinea Bissau aware of how little international media attention their country receives, and if so, how do they feel about it?

I don’t think international media is even on their radar. Entirely speculation.

And finally, any sense of what comes next in Guinea-Bissau?

Guinea Bissau is a failed State in every sense of the definition. Massive government corruption, extreme poverty, poor infrastructure, lack of education, disease/sanitation, access to clean water, low life expectancy and so on…

I hope for a fair and honest democratic election of the country’s next President. I fear that reality will be much different. Look at what has happened in Kenya (a ‘model’ for African democracy) last year and more recently in Zimbabwe. Many of these States, unfortunately, are doomed for failure and will take a long and involved process to ever get out of the hole.

Am I optimistic of Bissau’s future? Absolutely not.

With the lack of foreign interest or investment, I don’t think the country is headed in a good direction. For example, how many Americans can locate Guinea Bissau on a map, let alone have heard of it? And after the initial blast in the few news sources, how much more have we heard about Bissau (as you mentioned above, things have gone ‘silent’).

Hard times ahead for the people of Guinea Bissau…

What did you think of this article?
Meh
Good
Awesome
Bookmark
Posted In
News Activism
Destinations
Guinea-Bissau