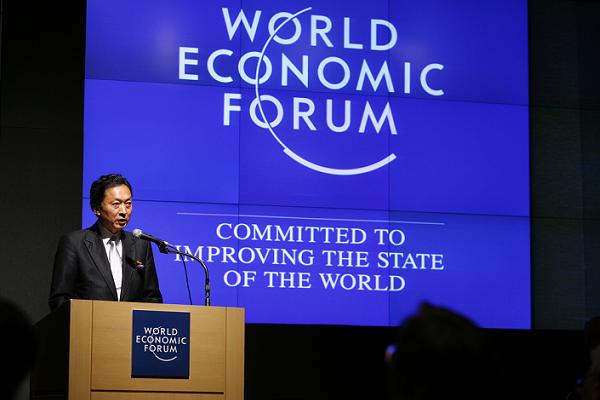 You know, the wacky game show hosts humiliating their guests; super-high-tech robots about to usher in a new dawn of pampering; or geisha girls, earthquakes, and tea ceremonies typifying the “otherworldliness” of the Land of the Rising Sun. Maybe, just maybe, for a fleeting moment the world caught a glimpse of the real Japan last Sunday.

That would be the Japan that just voted out of office the Liberal Democratic Party (LDP), which apart from an eight-month period, has been in power continuously since 1955.

Is this a revolutionary change? Or just cosmetic?

The numbers speak of an electoral earthquake: In the 480 seat lower house of the Japanese parliament, the Democratic Party of Japan (DPJ) took 308 for themselves, leaving the former party of government with a rump 119 seats and less than a third of the popular vote.

Ah, this is all about change. True, that was a strong element of the election. Talk to just about any Japanese person and they will tell you they are proud of finally changing the party in power. But there’s more to it than aping Obama or just rejecting what went before. In the next breath, that same voter will tell you, “But you know, in Japan, the bureaucrats run everything.”

And this was the key issue identified by the DPJ and went a long way to explaining its victory. But a war on bureaucracy doesn’t mean the perfunctory criticism of public sector budgets and cliched cries of “Cut the red tape!” common to elections throughout the West.

In Japan, the bureaucrats really do run the show. The ministries keep their ministers under tight rein and keep the private sector beholden to the bureaucrats, who can make or break companies by awarding lucrative contracts or revoking a key license. The diligent bureaucrat then gets a nice retirement with a cushy job in a company that he (and it’s always a he) was supposed to be regulating. This is standard operating procedure, for a recent example click here.

That incestuous relationship is ignored as an unwelcome but bearable fact of life when the economy is growing, but with years of economic stagnation and (official) unemployment rates at a postwar high of 5.9 percent, voters had a right to feel old ways just didn’t work anymore.

Did that mean voters turned their back on the free market and the right? You might have read throwaway lines about the DPJ being a hodgepodge party of the left – the unions back the party after all. Does this mean the country has veered away from the US and into the arms of China, as conservative commentators in the US fear?

Well, left and right tags aren’t that helpful. The man who will become Prime Minister on September 16, Yukio Hatoyama, has some powerful relatives. He is the grandson of a former PM and is married to the heiress of the Bridgestone fortune. In short, he’s no Red, and neither are the senior members of his party, many of whom started their careers with the LDP.

Sure, the victors offered voters nanny state payouts – more cash for farmers; a higher minimum wage; $250 for each child, every month; slashing school fees; and axing freeway tolls (there is a toll on every freeway). But what they didn’t offer was the massive dam projects, the concreting of local scenic spots, or the bridges to nowhere that are the beloved policy tools of the LDP and the bureaucrats to stimulate the economy. Already, the future’s looking bleak for the cement mixers.

There’s just one catch. To pay for all the promises, the DPJ is banking on reining in the bureaucrats. And they may have other ideas.

Get your fill of Japan content by checking out the Japan section of Matador’s archives.