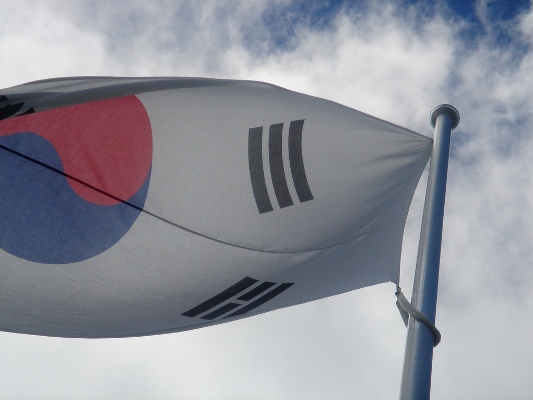 He who owns the medium controls the message

Liberal and conservative forces in South Korea are jockeying in parliament, on the streets, and inside newsrooms in an impassioned battle that could determine the future face of news in the nation. At stake are controlling positions in the boardrooms of influential broadcasters like MBC and KBS, and perhaps the political freedom of Korean journalism.

In early January, due process in the Seoul National Assembly descended into a melee as opposition lawmakers took a sledgehammer to a locked meeting room door in an attempt to physically block a set of bills that would — among other things — allow newspapers to own stakes in broadcast companies.

The administration of President Lee Myung-bak and his Grand National Party have been avidly pushing such deregulation measures, arguing they would stimulate innovation and create jobs. But the opposition is worried that conservative print heavyweight the Chosun Daily (which favors Lee) and similar papers will take full advantage of the revision to wield enormous power over public opinion.

The bills are still pending, to be dealt with in an ongoing special session this month.

Media outlets in South Korea have already taken an alarming lurch to the right. Last summer Jung Yun-joo, the liberal head of state-funded KBS (think PBS minus the telethons and plus clout), was sacked after an audit led to charges of sloppy management and wasteful spending. Many saw the move as politically motivated, especially after a group of officials in the president’s camp met for dinner with the KBS board chairman just before the naming of Jung’s successor, Lee Byung-soon.

Lee has been cast as decidedly more conservative than Jung, and the public broadcaster was expected to go much easier on South Korea’s unpopular president under his leadership. No one was able to prove there was anything suspicious about his appointment, but protests against the move continue even until now.

Last month, KBS workers, producers and reporters announced they would go on a rotating strike until Lee steps down.

In retrospect, the KBS case was the harbinger of a new trend in media control. Shortly after Jung was axed, President Lee booted the head of 24-hour cable news network YTN– sometimes called Korea’s CNN — to make way for Gu Bon-hong.

Gu worked on the president’s campaign and is the former VP of a Christian broadcaster, and his appointment had YTN’s union up in arms in short order. Newsroom staff went so far as to occupy his new office and held out for more than 90 days. In the months that followed, Gu would get his retribution by firing or otherwise reprimanding those who denounced him most vociferously.

Unexpectedly, the case gathered interest overseas. In December, the general secretary of the International Federation of Journalists, Aidan White, headed a mission along with his Asia-Pacific pointman to intervene at YTN. The IFJ called for the Korean government to renew its commitment to media freedom, and after talks Gu proposed holding an internal vote of confidence to determine whether he would stay in power.

Reports indicate the vote never happened, and Gu is still in his seat. In a different company election in January, the candidate who won overwhelming approval to be YTN’s new head news editor was not appointed, leading staff to occupy his office in protest, according to LaborToday.

Things have now steadied at the cable network, but a recent event held to look back at the struggle– which lasted nearly 200 days– reveals the underlying frustration that remains.

The arrest last month of a clairvoyant “netizen” who predicted the country’s economic downfall threw gasoline on already burning suspicions that the government really is trying to wrap its hands around public dialogue here.

Assuming the pen name Minerva, after the Roman goddess of wisdom, Park Sung-dae gained anonymous notoriety by correctly predicting the collapse of Lehman Brothers Holdings Inc. in a forum posting. Weeks later, his forecast that the South Korean currency would tank came true, and newspapers and economists started paying attention.

But Minerva’s gloomy outlook and heavy criticism of government economic policies earned him the ire of the Lee administration. His controversial arrest came after he posted in December that the government had ordered financial institutions to stop buying dollars, which wasn’t entirely true — they had simply recommended. Either way, prosecutors figured they had enough to charge Park with spreading false information under the country’s telecommunications law, triggering an outcry.

His case is still being processed.

What will happen in coming months isn’t clear. Opposition lawmakers and activists seem to be able to only resist so much before losing the interest of the public, and as more people are laid off, the magic words “job creation” may be enough to push through any legislation — no matter the true cost.

Toledo Bend: The best bass fishing lake in the USA