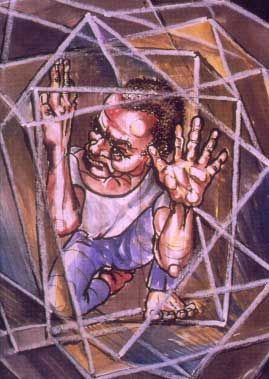 President Obama is seeking to block the release of photos of U.S. soldiers abusing prisoners in Iraq and Afghanistan.

On the eve of his big speech in Cairo – capital of a vibrant Arab democracy where the government never tortures – President Obama is worried that more U.S. detainee torture photos will cause an uproar in the Arab world.

Although Mr. Obama is right to worry about an uproar, he is dead wrong about releasing the photos.

When the U.S. government tries to cover things up, horrible things happen.  Just look at the Secret War in Laos or the illicit bombing of Cambodia that set the stage for the Khmer Rouge genocide.

Granted, the photos Mr. Obama doesn’t want us to see do not represent normal behavior by the U.S. military.  But the truth is that war is messy, and no government should be able to get away with covering up the ugliness.

There is something cowardly, sanitized and wrong about techie soldiers in Nevada firing missiles from Predator drones at groups of “enemy combatants” in rural Afghanistan.

Likewise, the American practice of ambushing ethnic minority Afghan fighters who oppose the corrupt and flaccid government of Harmid Karzai is deeply misguided and disturbing.

Finally, the fact that Obama is trying to keep the photos secret raises suspicions about how bad they must be.  I mean, are we talking a little nudity, some mild water-boarding or something worse than Abu Ghraib?

Please don’t pull a Cheney and try to hide the ugly bits, Mr. President.  And think long and hard about how much money and blood you want to spend in The Graveyard of Empires.