There are just over 1,000 UNESCO World Heritage Sites in 2017. Many of these, including the Grand Canyon and Yosemite National Park, are protected by national and local governments on top of efforts made by the UN. However, even with all this support, there are 50 UNESCO sites today that are endangered. GoCompare.com has listed ten of them in a new interactive infographic that reminds us both of the diversity of the World Heritage Sites, and of the impact they have on our lives.

Check out these “postcards” of each site with descriptions provided by Go Compare. These sites may be endangered due to tourism, urbanization, climate change and/or lack of protection. 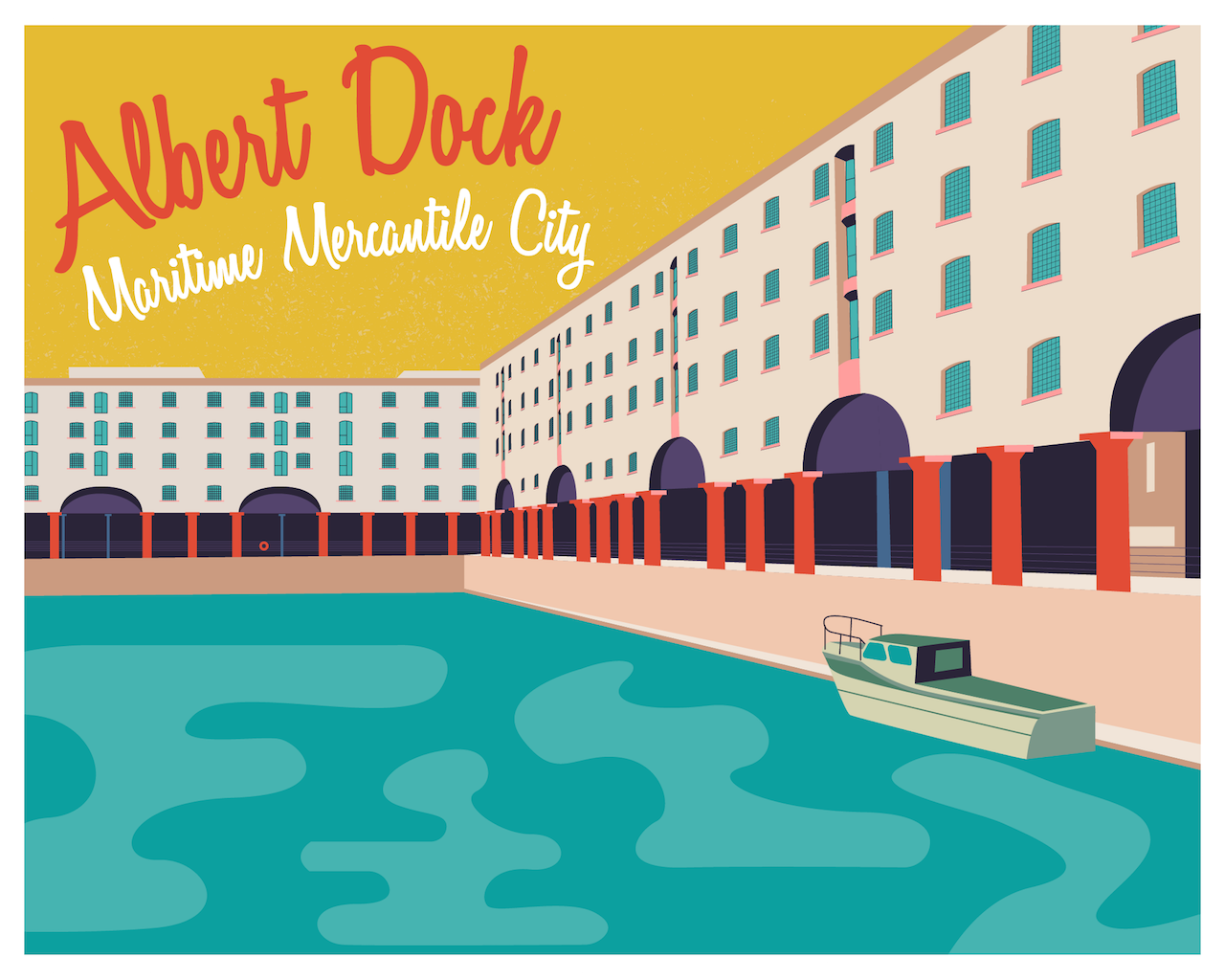 “The Maritime Mercantile City in Liverpool, England, is comprised of six areas that are recognised for displaying the city’s pioneering role in developing modern dock technology, transport systems, port management, and warehouse construction. The port became key to global trading and cultural connections throughout the British Empire. The site includes the Albert Dock which was the first non-combustible complex in the world and remains a major tourist attraction today. The site is considered in danger due to urban development projects and a lack of management.” 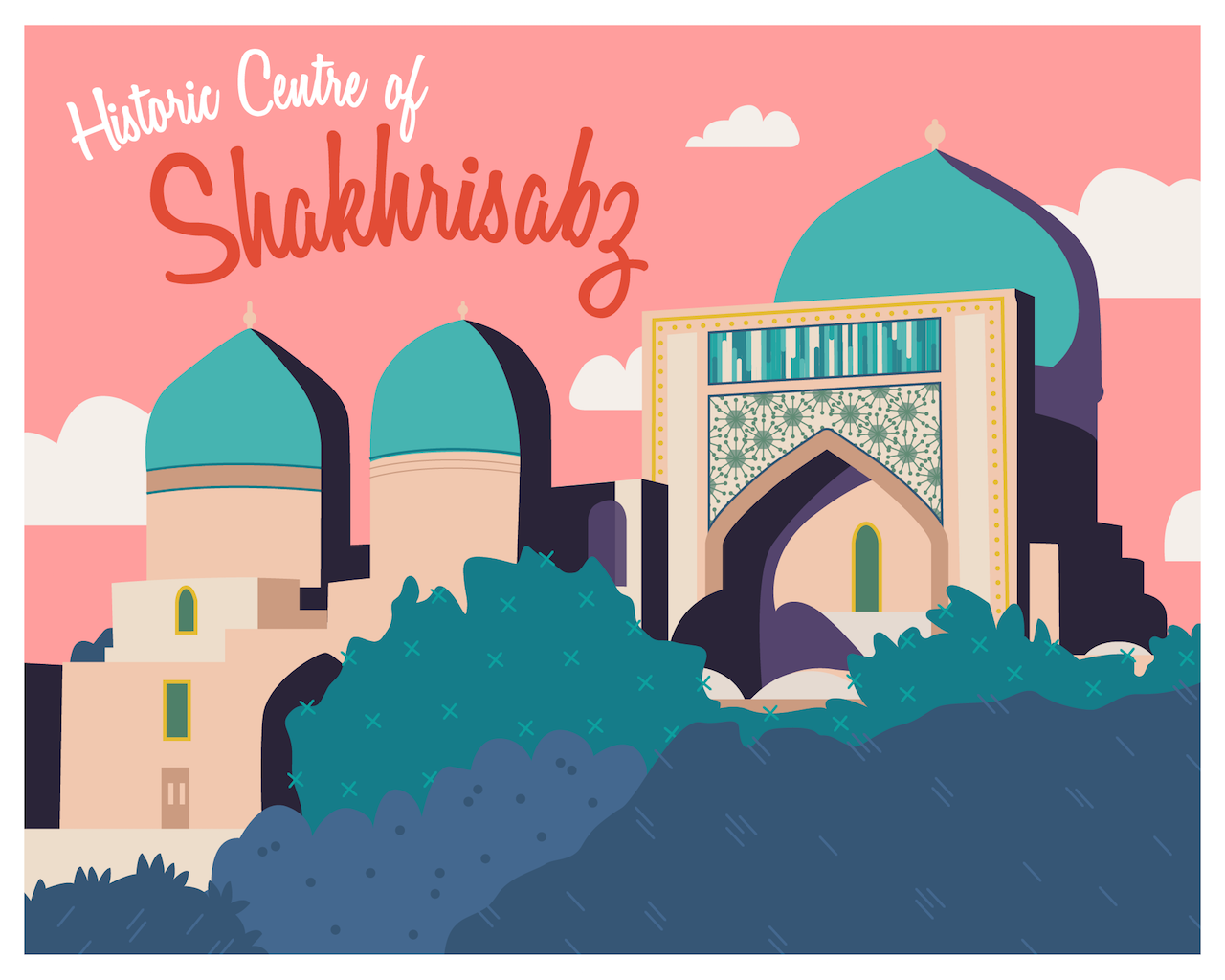 “Situated on the Silk Roads in southern Uzbekistan, The Historic Centre of Shakhrisabz was established during the rule of Amir Temur and the Timurids, in the 15th-16th centuries. The centre is recognised for its historic monuments and constructions, which are of cultural and political significance. The centre is over 2,000 years old and throughout the different time periods has experienced a variety of architectural styles, giving it its unique character. The site is currently at risk due to the lack of a comprehensive conservation and management plan; plus the area has also seen a surge in commercial development which has resulted in demolition and re-building.” 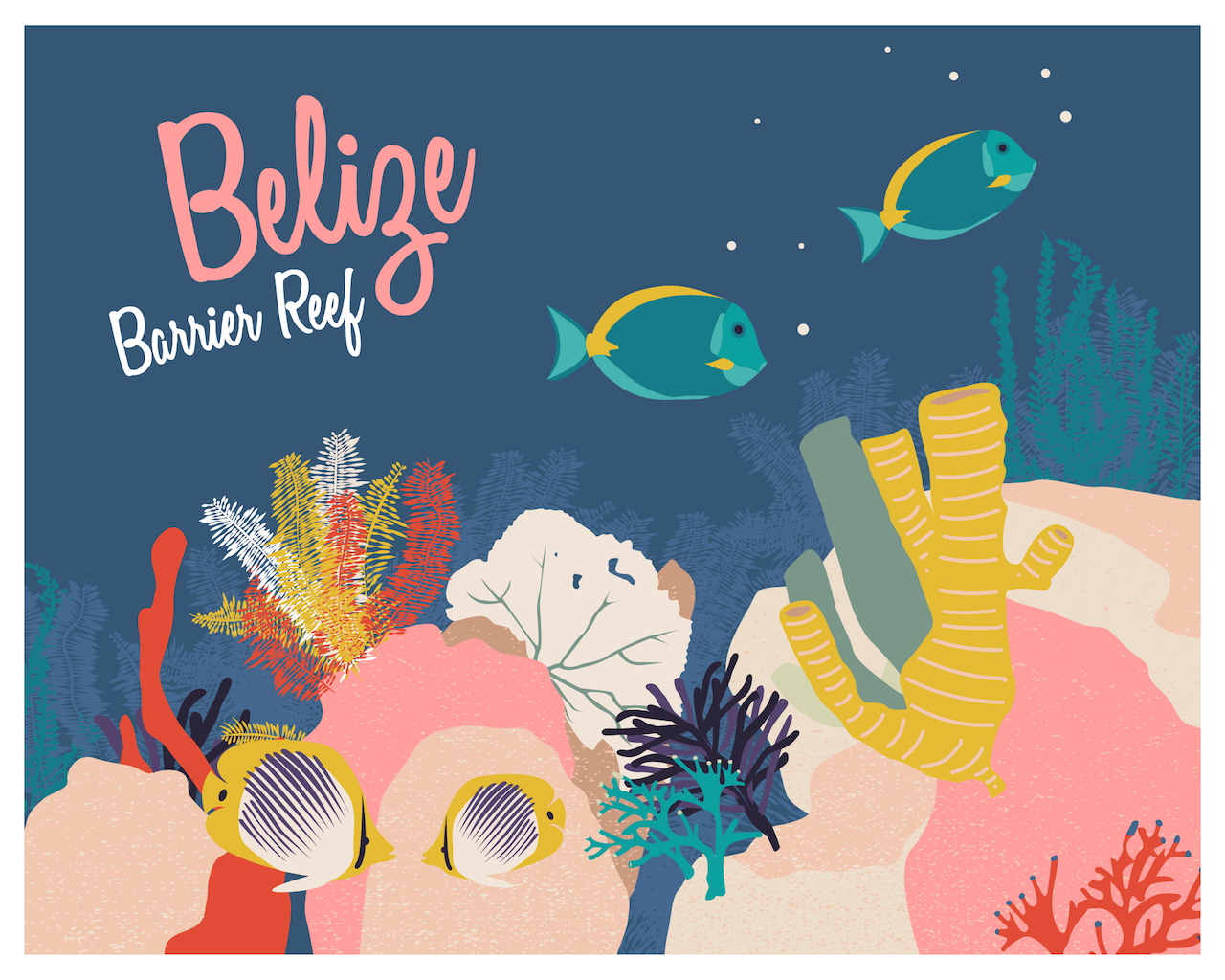 “The Belize Barrier Reef is the largest in the northern hemisphere, and comprises seven protected sites. The different areas consist of numerous sand banks, mangrove forests, and coastal lagoons. As well as being home to many threatened marine creatures such as the West Indian manatee and loggerhead turtle, bird colonies such as the red-footed booby are also present on the atolls outside the reef. Due to selling and leasing public lands within the property, the barrier reef system is facing destruction of its mangrove and marine ecosystems.” 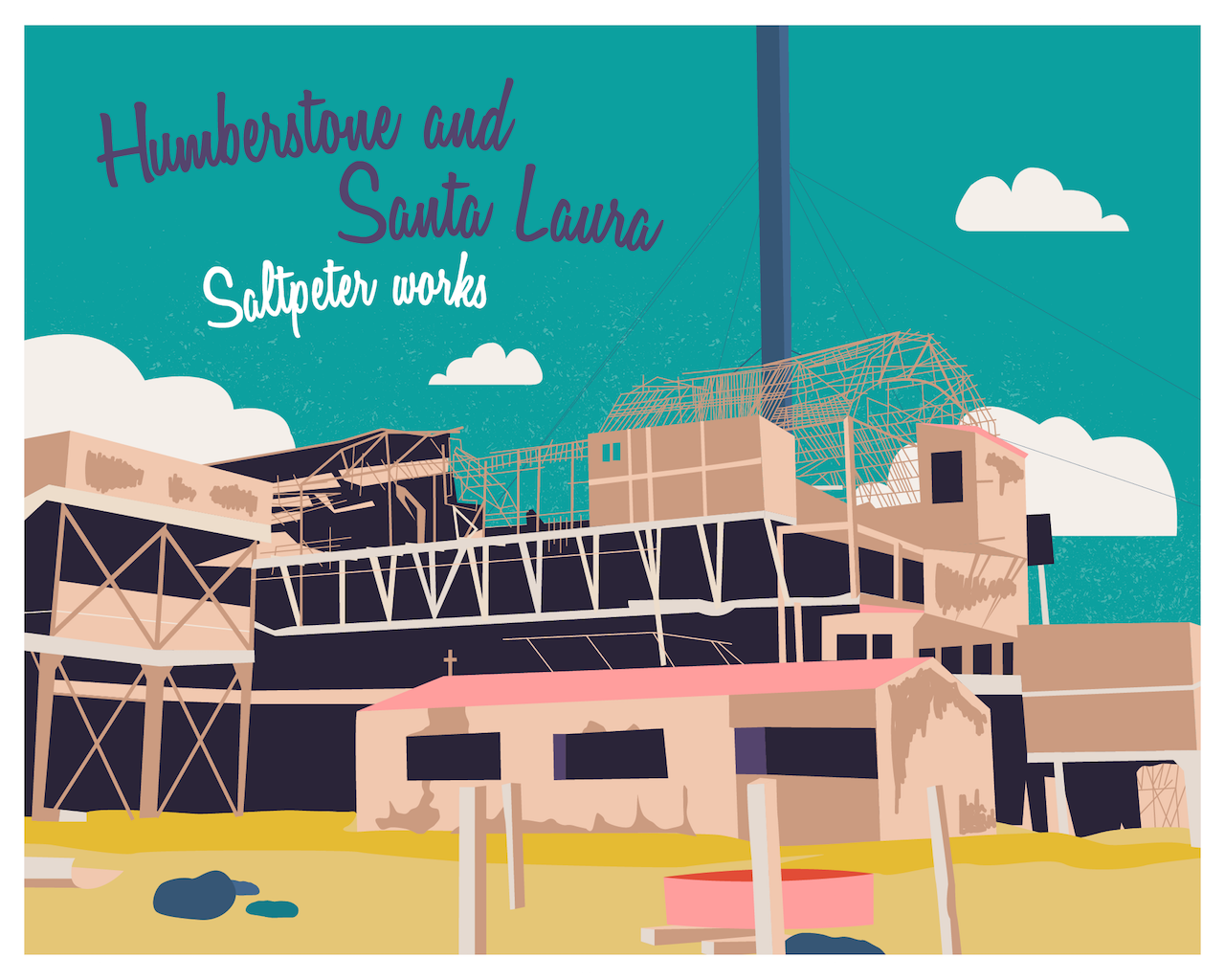 “Situated in the region of Tarapacá in northern Chile, The Humberstone and Santa Laura Saltpeter Works dates back to the 1800s. Thousands of workers lived here during the first half of the 19th century, including workers from Chile, Peru and Bolivia. It’s recognised for its historical and cultural significance, highlighting the communal pampino culture of the time. Due to the infrastructure’s fragility and tough weather conditions the site is vulnerable to damage from earthquakes and heavy wind. The site has also been subject to looting and as a result significant material and memorabilia have been lost.” 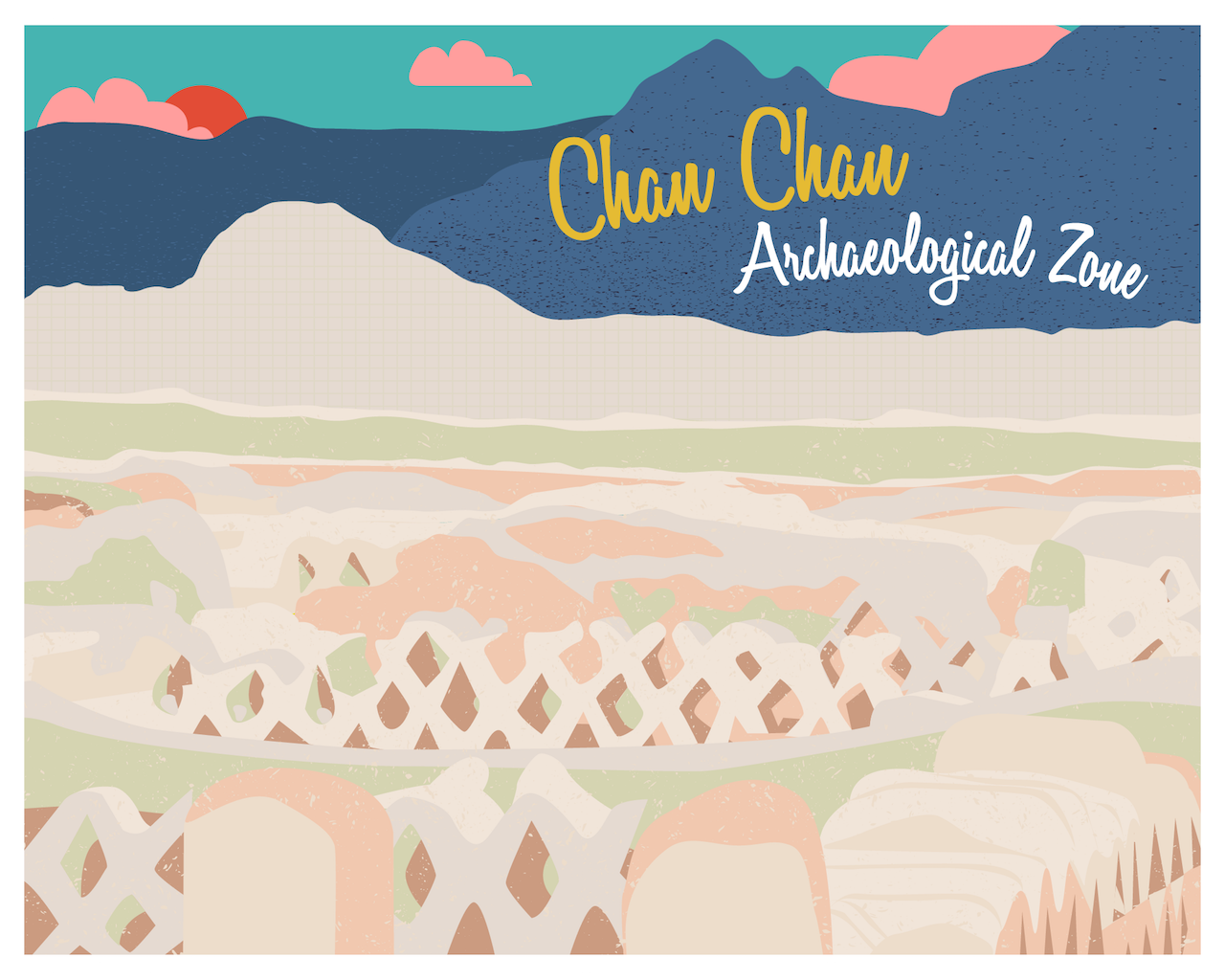 “Before the Chimu Kingdom fell to the Incas, Chan Chan was its thriving capital. The Chan Chan Archaeological Zone consists of nine large, rectangular complexes which are split by tall, thick, earthen walls. These units consist of various buildings such as storehouses, temples and homes. The walls were often filled with decorative bands (friezes) which represented abstract themes and also featured anthropomorphic and zoomorphic imagery. Due to its fragile, earthen infrastructure and the extreme environmental conditions of the area, Chan Chan is highly vulnerable to deterioration and decay. The site is also under threat due to illegal farming practices.” 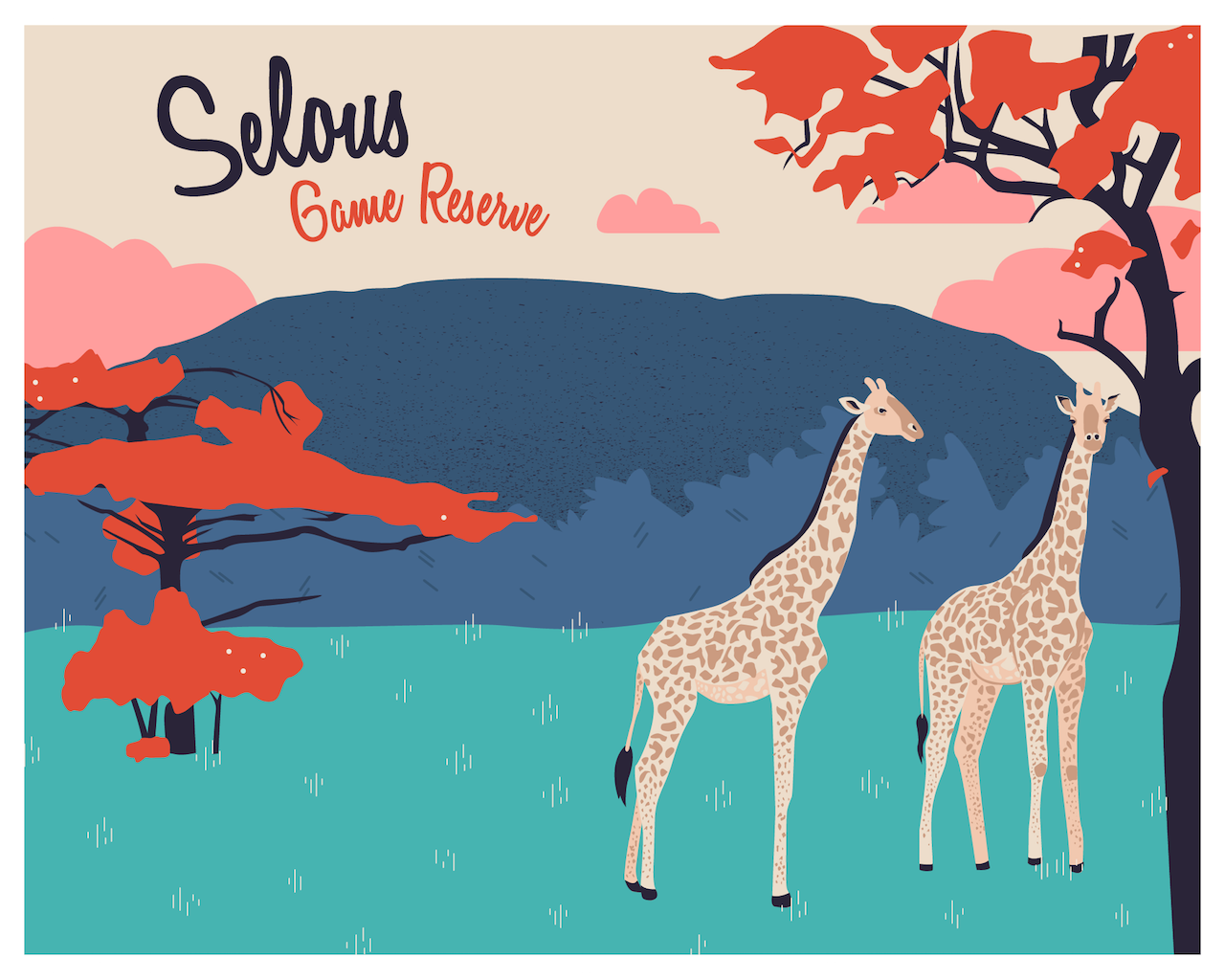 “The Selous Game Reserve in the South of Tanzania is known as one of the biggest wilderness areas in Africa. The reserve is recognised for being a tropical sanctuary where predator and prey dwell together, including elephants, cheetahs, giraffes and crocodiles. The 50,000km² area also has diverse vegetation, most notably the Miombo woodlands. The reserve is considered to be in danger due to lack of financial resources and sustainable management. Moreover, illegal activities such as poaching have caused a massive decline in wildlife populations across the reserve, posing a further risk.”

7. Church of the Nativity, Palestine 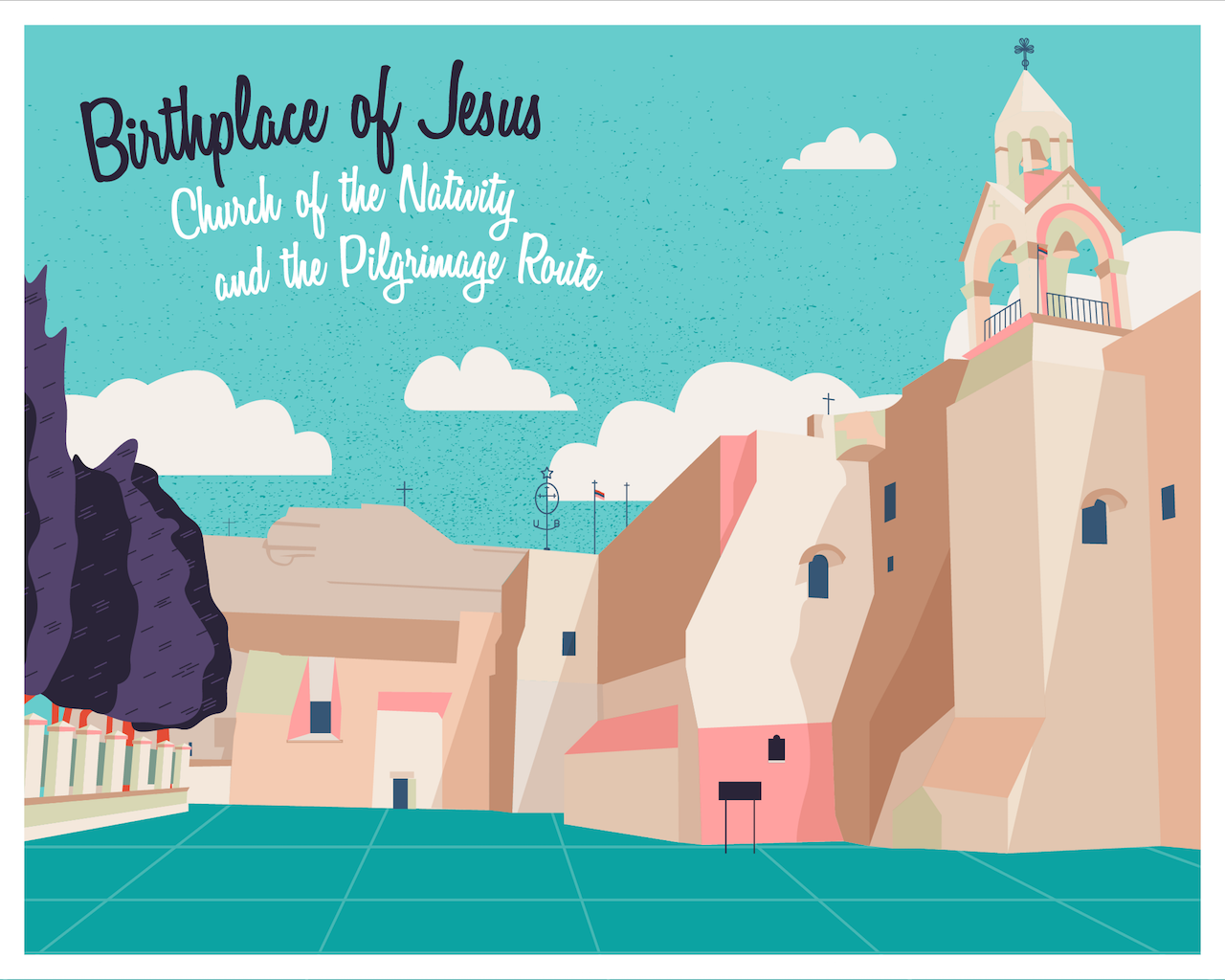 “The The Church of Nativity in Bethlehem, Palestine, has been recognised by Christian tradition as the biblical birthplace of Jesus since around the second century. The original church of 339 AD was burned down in the sixth century and a new basilica was built which included the intricate floor mosaics of the first church, and new additions such as its famous bell towers. The basilica is built above the location considered the spot of Christ’s birth and parts of the original church’s remains – which survive below ground – were arranged in a way which gave people a view of the cave where Jesus was born. Today, the basilica is under threat due to urbanisation in the surrounding area, as well as suffering from degradation.” 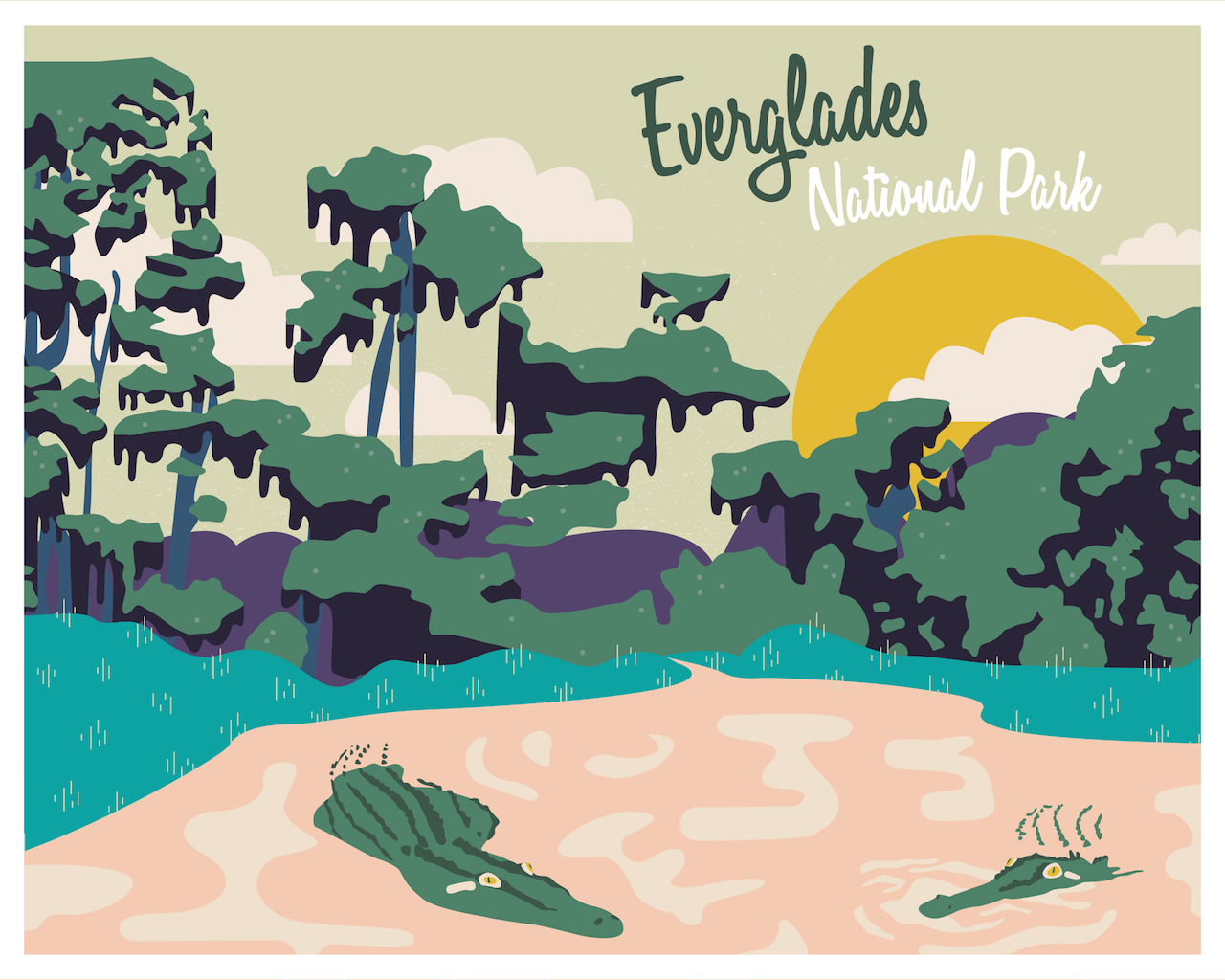 “The Everglades National Park is the largest tropical wilderness in North America. It consists of shallow bays and deeper coastal waters as well as fresh water, making it a phenomenal habitat for different types of flora and fauna. It was the first national park to be protected due to its fragile ecosystem, as it’s also home to 36 threatened species and provides a vital breeding habitat for more than 400 species of birds. The Everglades is deemed in danger due to the deterioration of its aquatic ecosystem. This is largely due to changing quantity, timing and distribution of the currents in the Shark River lowering water levels due to urban and agricultural growth, and pollution from upstream agricultural activities.” 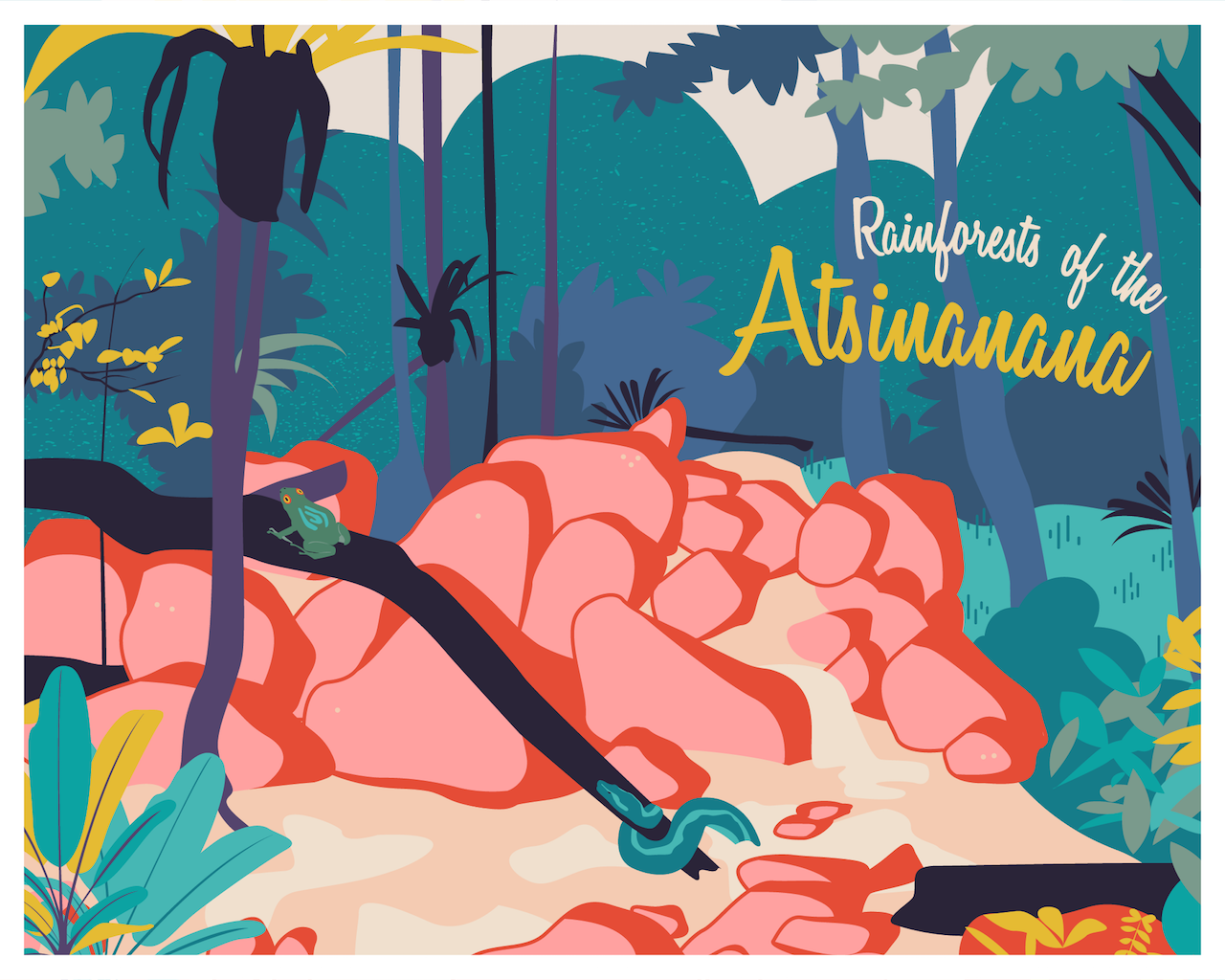 “Situated on the island of Madagascar, the Rainforests of the Atsinanana represent six national parks spread across the eastern region of the country. The forests are known for their unique biodiversity as well as being the home to various rare and threatened species such as its famous lemurs. Despite the series of properties being formally protected, there are still threats of agricultural encroachment and resource exploitation from logging, hunting, and gem mining.” 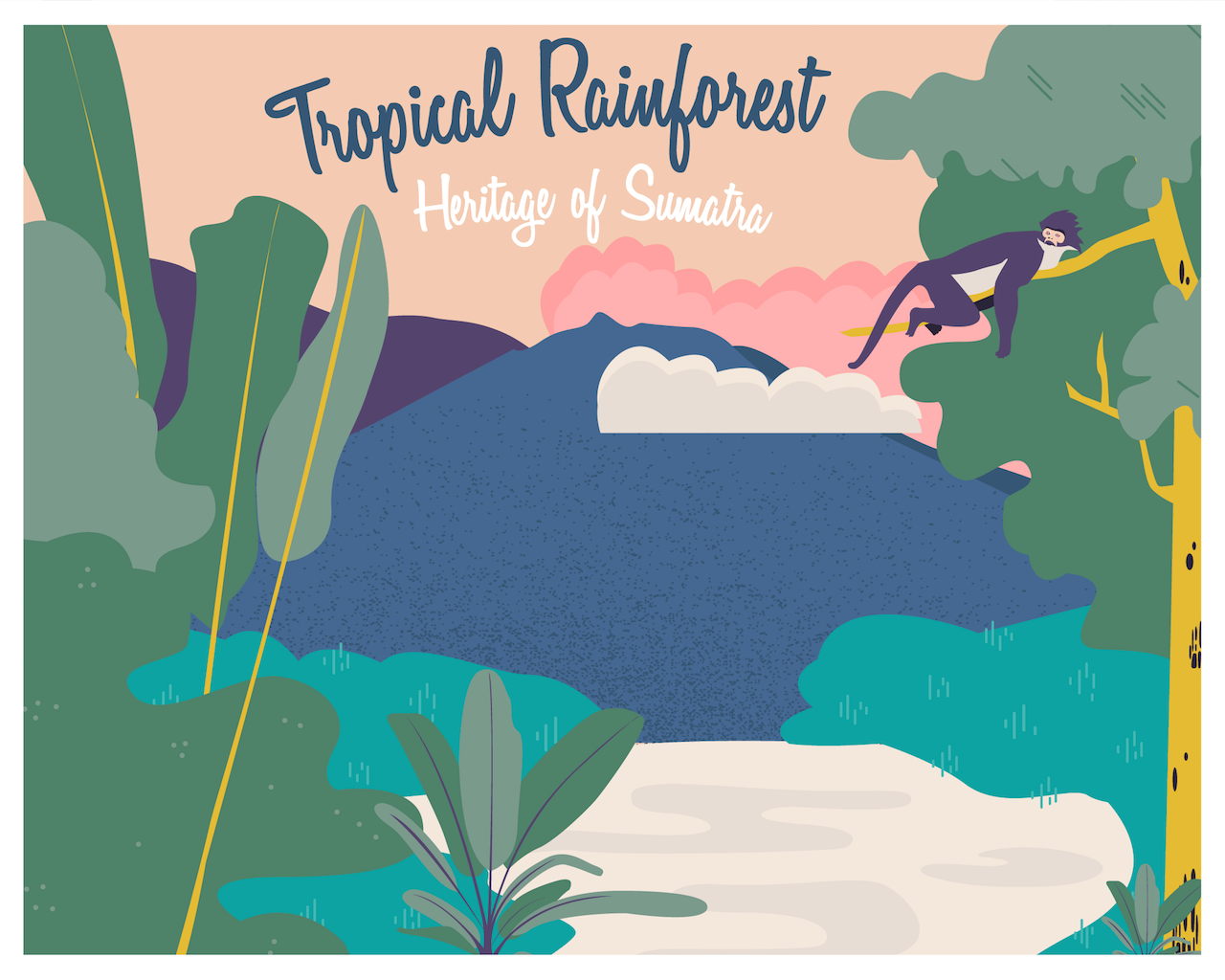 “Comprising three national parks, (Gunung Leuser National Park, Kerinci Seblat National Park and Bukit Barisan Selatan National Park), the Tropical Rainforest Heritage of Sumatra is recognised for its beauty and biodiversity. The site is home to an estimated 10,000 plant species, 465 resident bird species, and over 200 species of mammal (15 of which can only be found in the Indonesian region). The Tropical Rainforest Heritage of Sumatra is currently at risk due to several factors, including road development plans and agricultural encroachment. The area is further threatened by illegal poaching and logging activity.”