Vegan travelers know the struggle of finding food they can eat while traveling. In some destinations it can feel like an insurmountable task. A few cities, however, should be on the list of any vegan traveler who loves to eat as much as possible.

There are cities well known for promoting a vegan lifestyle around the globe. Restaurants and cafes hog the spotlight in many cases, but the following 10 cities follow a more encompassing vegan lifestyle with plant-based clothing stores and activities along with innovative meals. So brush up on how to order vegan in different languages and start planning.

Cruelty-free dining is commonplace in Taiwan, and the capital city, Taipei, has a wide variety of vegan dining options. Vegan restaurants and supermarkets are easy to come by, as are vegetarian spots offering plenty of vegan options. It’s reputation is well known — PETA named Taipei “Asia’s most vegan friendly city” in 2016. Tofu crops up regularly in street food, and a local specialty is what’s called the Taiwanese Burrito, which consists of vegetables in a peanut sauce that are wrapped up burrito style. It’s worth visiting Ooh Cha Cha for raw vegan desserts. Taipei is so geared toward vegetarians and vegans that many of its hotels offer vegan breakfast and dinner options. 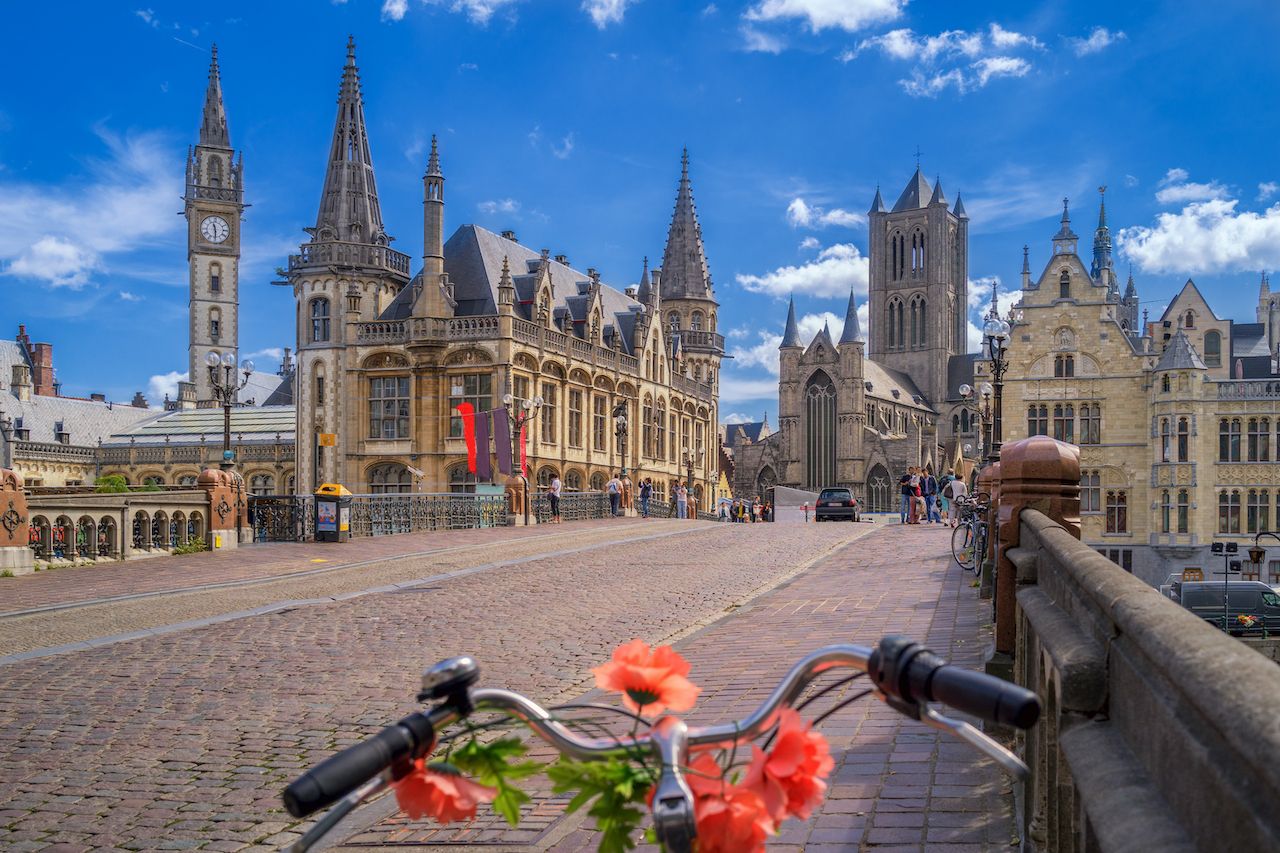 The city has wholeheartedly embraced the meat-free concept. There are even “Thursday Veggie Day” on which the city encourages people to eat vegetarian for a day once a week. Local cafes and restaurants often offer extra vegetarian options on Thursdays. Ghent has a huge number of organic markets and vegetarian cafes, and the city’s tourism office created an extensive map of vegetarian places to eat. Although many of the spots are vegetarian rather than fully vegan, there are always plenty of dairy and egg-free options and a good range of vegan beers at the city’s bars. Long-standing favorites include organic lunch joint Avalon and the vegan buffet at Komkommertijd. The city places a big emphasis on organic, locally-sourced produce too.

Named by PETA as the UK’s most vegan-friendly city in 2015, Edinburgh has a wide variety of vegan spots along with cafes, bars, and restaurants that have a good selection of meat-and-dairy-free options. Popular food trucks offer baked potatoes topped with everything from chickpea curry to vegan bolognese. The Auld Hoose is a popular pub famous for its extensive range of veggie-friendly options, including mammoth portions of nachos made with vegan cheese. For upscale vegan dining, try David Bann, where sophisticated dishes come at surprisingly accessible prices. It’s vegetarian rather than all-vegan, but there are loads of vegan options on the menu. 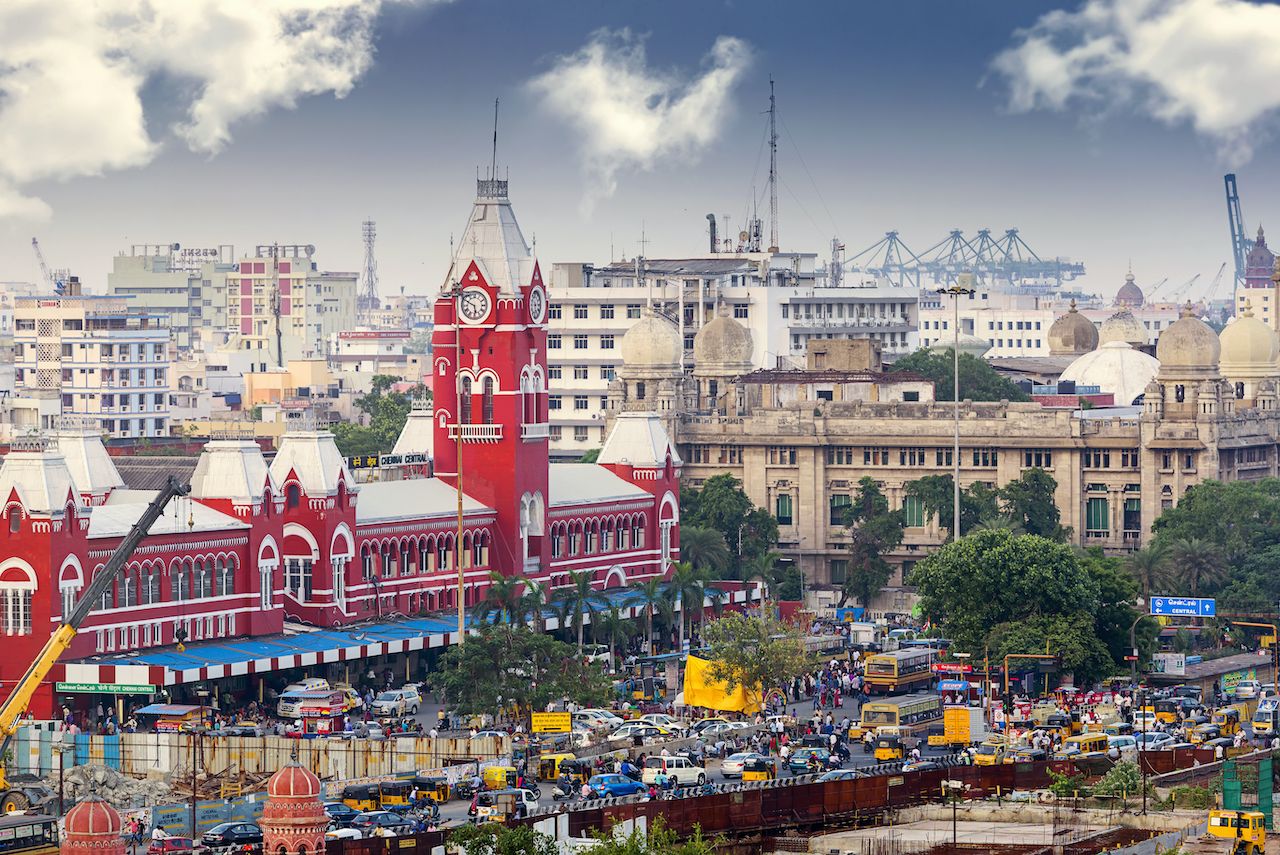 Chennai has become a destination city for vegan travelers, mainly for the diversity of vegan curries, dosas, thalis, sambhar, and chutneys. Chaat — a potato-based street food that can be found all over the city — is very often good to go for vegans, with options including spiced corn and aloo. Chennai was named PETA’s most vegan-friendly city in India in 2018 thanks to the vegan-centric places to eat and vegan clothing stores.

Brighton is home to numerous cruelty-free eating and shopping establishments. There are several dedicated vegetarian and vegan bed and breakfasts, and Brighton’s vegan drinking-and-dining scene ranges from cute artsy cafes — many of which are located in the backstreets that make up the Laines — to fine dining establishments. Brighton even has the UK’s first plant-based vegan pizzaria in Purezza. 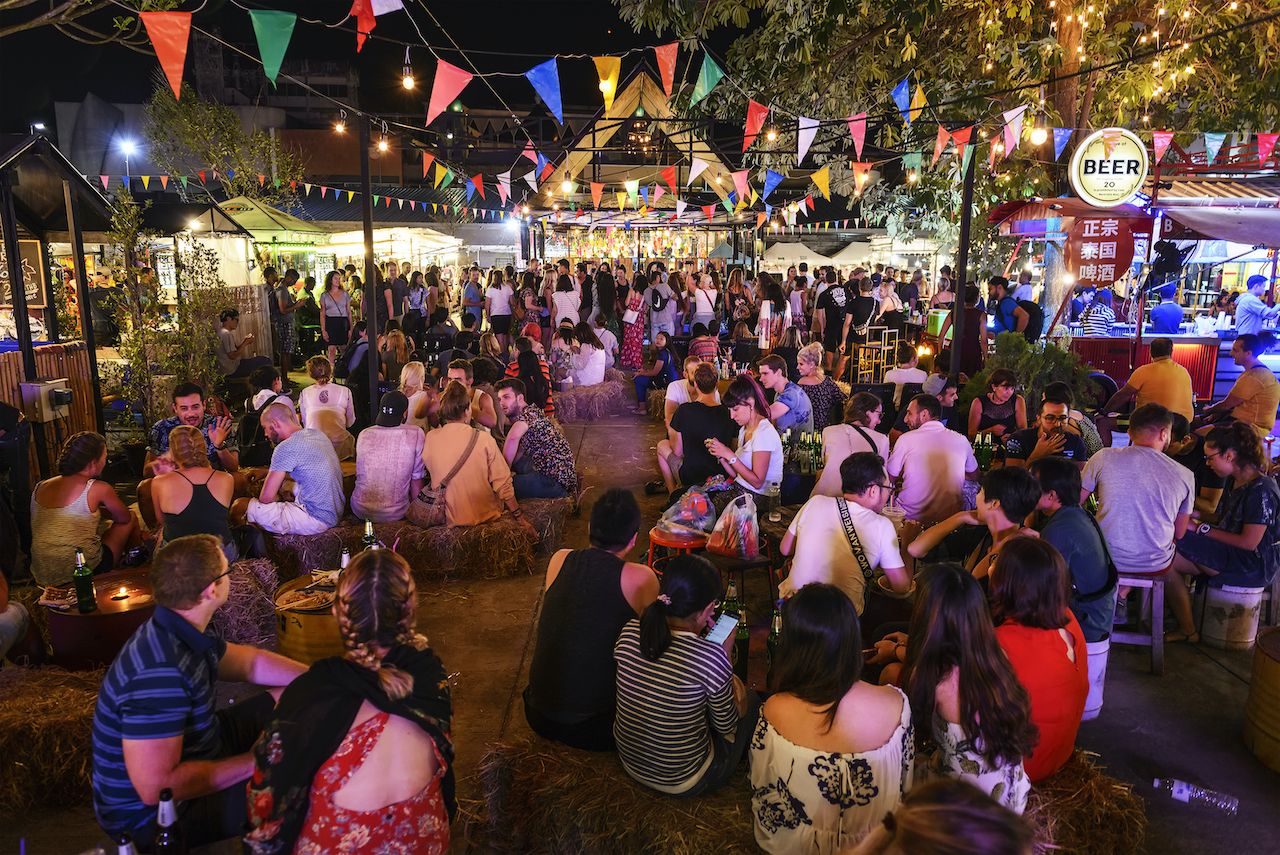 Chiang Mai has earned a reputation as one of Thailand’s top destinations for meat-free dining. In addition to the vegan buffets that can be found across Thailand, Chiang Mai has an ever-increasing number of upscale eateries, salad bars, organic-farm-to-table restaurants, and macrobiotic spots where the menus center on whole grains and vegetables. Highlights include Pun Pun, which has two restaurants and a vegan store in the city, all of which specialize in inventive, organic, and locally-sourced food, coffees, and smoothies. The mushroom-based version of the ubiquitous fermented Thai sausage is a thing of real joy.

Rio’s dedicated vegan joints — such as Leblon institution Vegetariano Social Clube and downtown lunch stalwarts Green, and VegeCoop — have seen their plant-based ranks swell in recent years. Not to mention the juice bars on virtually every street corner that have been offering veg concoctions since way before juicing was a popular thing. Many of the salad bars in Rio charge by weight and are a joy, filled with olives, hearts of palm, fish-free sushi, and colorful bean salads. Furthermore, Rio’s best churrascarias (all-you-can-eat meat grills) are dream dinner spots for vegans. Diners can make unlimited visits to buffets groaning under the weight of meat-free sides, salads, and sushi. Some steakhouses offer discounted prices for those who won’t be partaking of the meaty main attraction, all you have to do is ask. 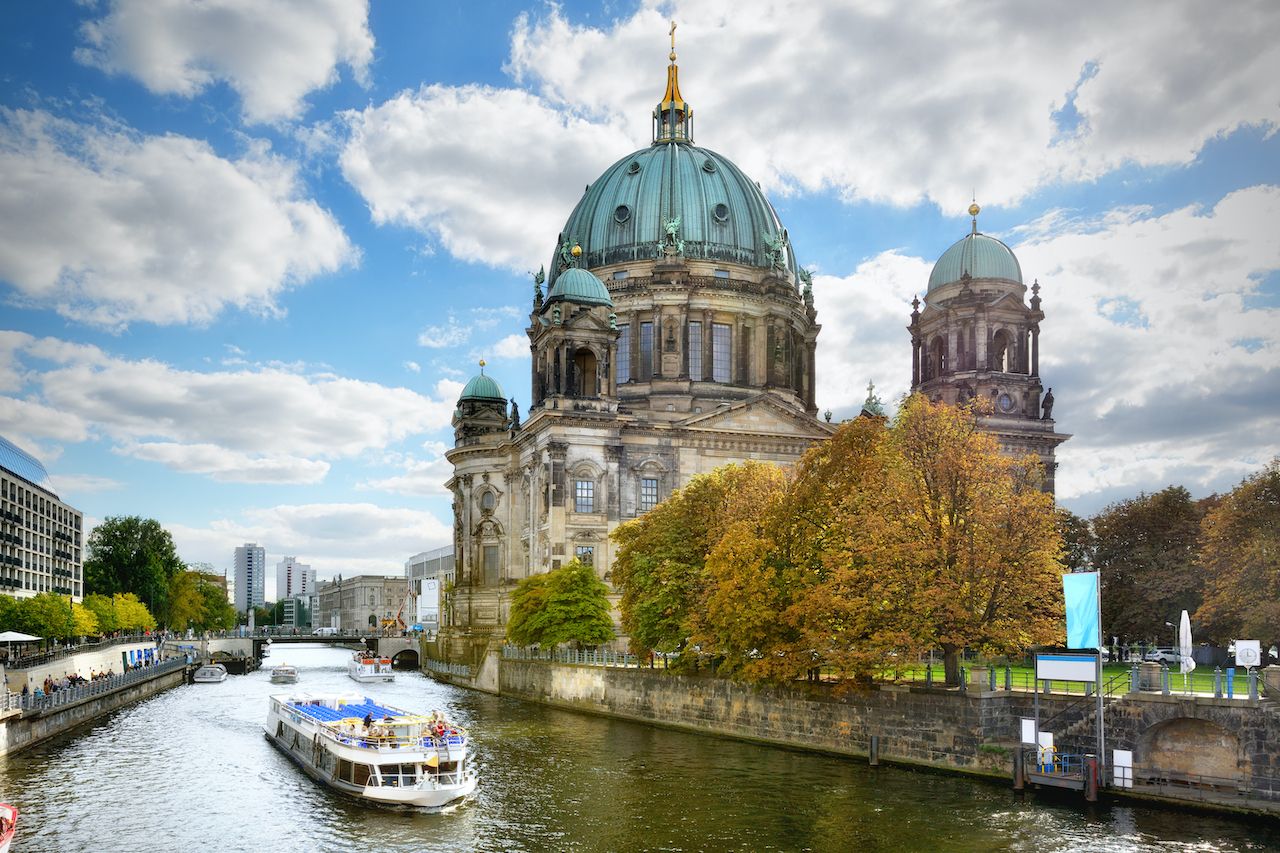 Berlin is one of the world’s top vegan cities, according to the vegan and vegetarian restaurant site Happy Cow. It seems like a host of Berlin’s creativity has been poured into the vegan dining scene. Even the most hardened of carnivores may be swayed from their schnitzel and currywurst. The city hosts Europe’s largest vegan-vegetarian festival and is home to the world’s first vegan supermarket chain, Veganz. There are sophisticated venues for vegans dotted around town, along with countless vegan and vegetarian cafes and food trucks.

Portland is one of the best US cities for vegans, but also one of the best in the world. Bye and Bye is a bar with an all-vegan menu that offers everything from edamame bowls and hummus to barbecue tofu and veggie platters, as well as cashew cheese and salad baguettes, and spaghetti with vegan meatballs and almond “parmesan.” But you don’t need to go to an all-vegan eatery to chow down on animal-free delights in PDX. Most restaurants, coffee shops, and bars offer a good range of vegan options to go with the craft beers and fair-trade coffees. Portland even lays claim to the world’s first vegan strip bar — Casa Diablo — should you be so inclined. 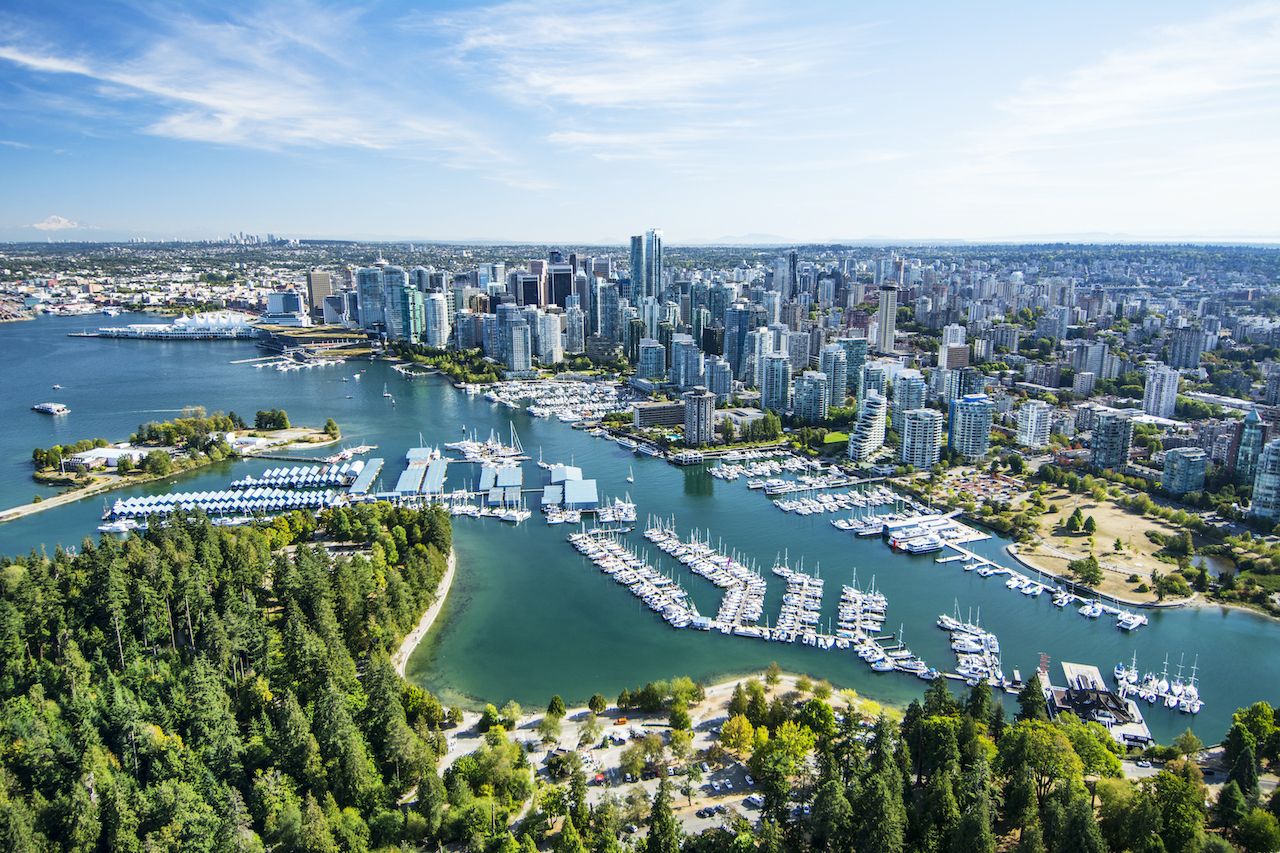 Vancouver is home to vegan shoe stores, bakeries, food trucks, brunch joints, raw food bars, and supper clubs. The Acorn is rated among the best restaurants in Canada and, though it’s vegetarian rather than vegan, there are plenty of options here for strict vegos, and the slick decor makes it a good option for a special occasion meal. Heirloom is a long-standing favorite on the meat-free scene, with some good vegan wines as well as hearty brunches. Tacos, veggie burgers, and Asian-accented “chicken” burgers are among the highlights of Vancouver’s famously veggie-friendly food truck scene.

A version of this article was previously published on March 27, 2016, and was updated on January 13, 2021, with more information.

VegetarianThe 10 Best Cities in the US for Vegans and Vegetarians in 2021
Tagged
Vegetarian
What did you think of this story?
Meh
Good
Awesome