Ferries don’t always come to mind when we think of international transit. For some, they’re just those boats that take tourists to the Statue of Liberty or shuttle them around the Sydney Harbor. For others, they’re nothing more than commuter vessels. But cruising between countries is a great way to travel when you’re sick and tired of airport security or simply prefer the scenic route. In many cases, ferries even represent the quickest or cheapest way to get around. Keep these international crossings in mind next time you plan a multi-nation vacation for a new perspective on global vagabonding. 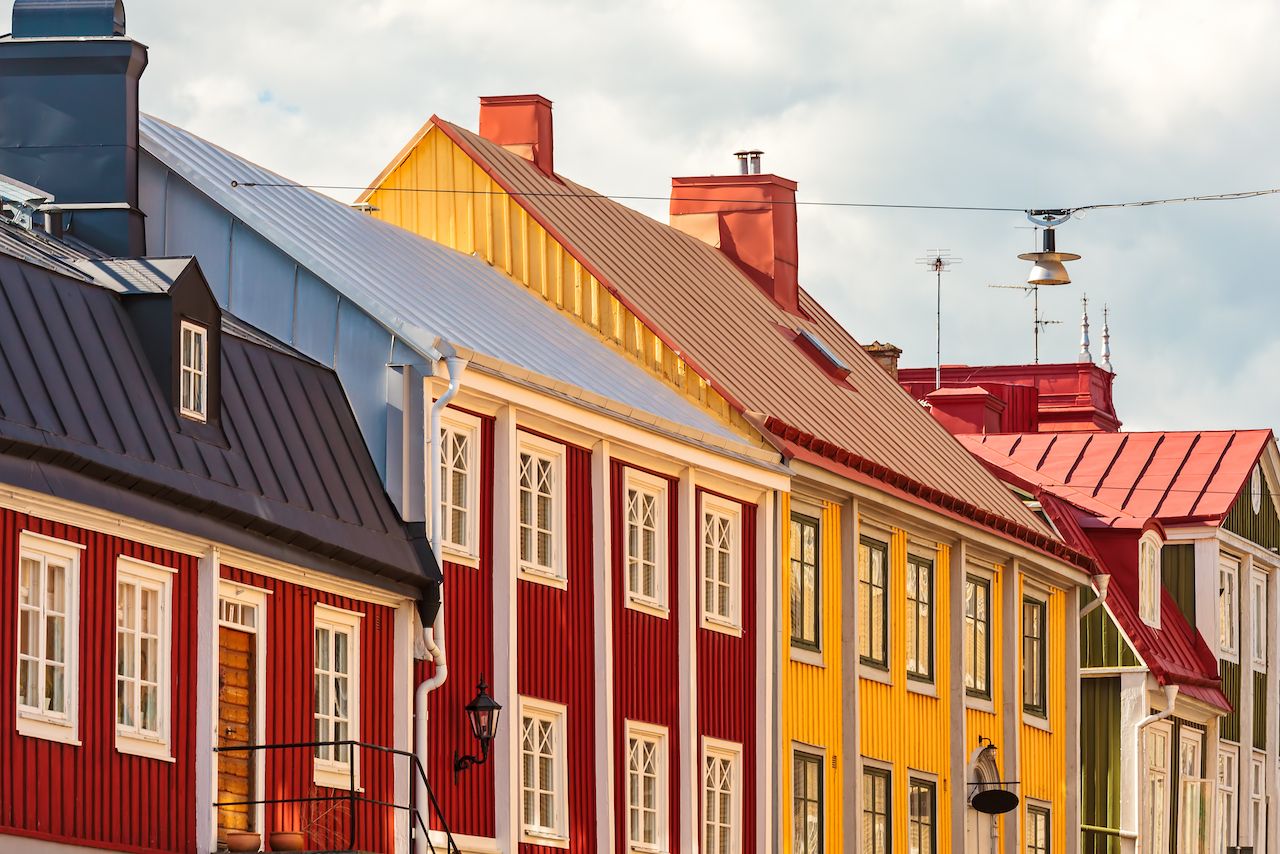 Sweden and Poland are separated by the Baltic Sea with roughly 110 miles between their closest cities. To get between the two countries, we recommend boarding a Polferries vessel in Ystad, Sweden, and debarking in Świnoujście, Poland, or vice versa. The six-hour journey costs roughly $50 for a one-way ticket. On-board entertainment includes shopping and dining areas, a cinema, sundecks, a nightclub, and a business center. Unity Line also travels between Ystad and Świnoujście while a third carrier, Stena Line, makes crossings between Gdynia, Poland, and Karlskrona, Sweden, though that route can take up to twice as long and costs $145 one way. 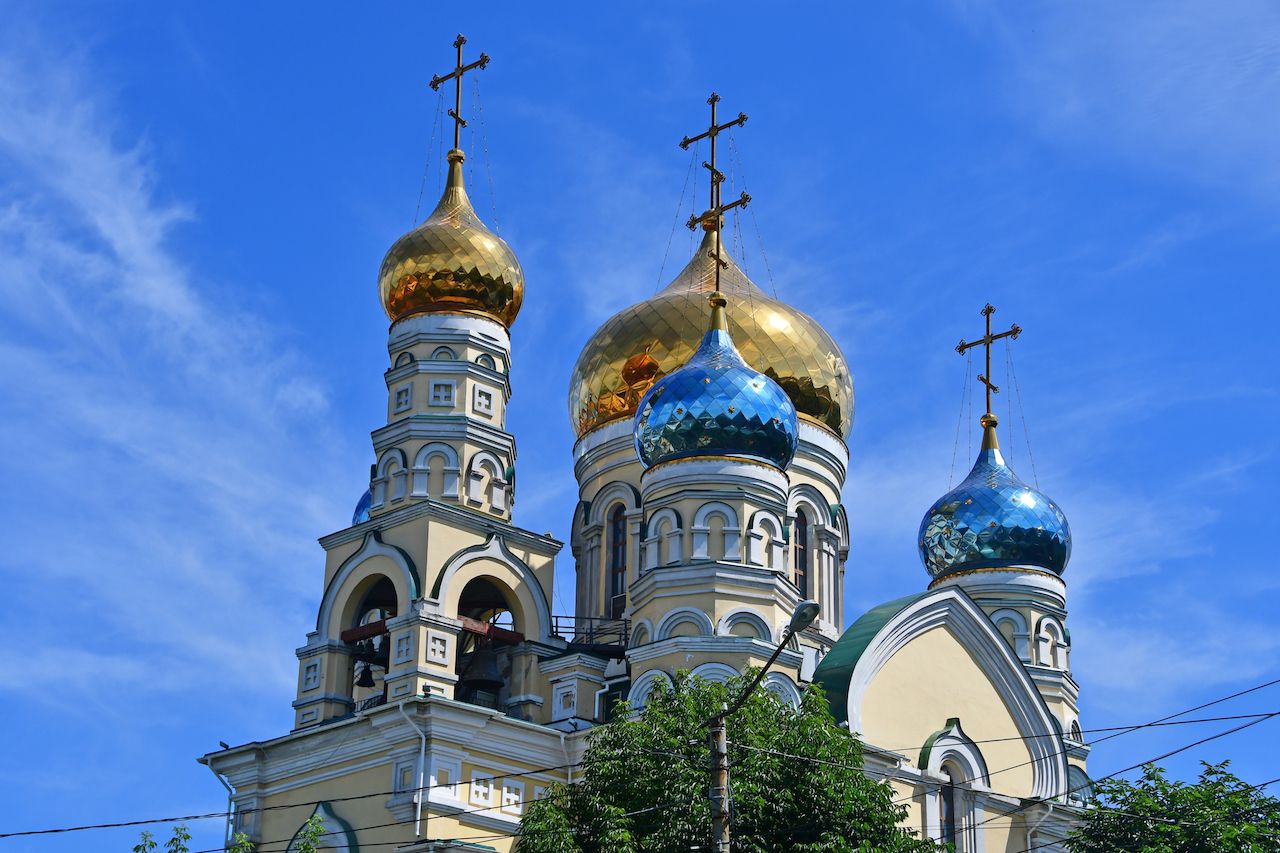 It takes a full 24 hours to get between Russia and South Korea across the East Sea, also known as the Sea of Japan, but the flying-averse can thank the DBS Cruise Ferry line for providing water-based transport from Vladivostok to Donghae. Single economy tickets cost $205 with steadily increasing prices through the second, first, and VIP classes, maxing out at $1,910 for a President Suite. Infants under two ride free, and there are special discounts for children under 12, students under 30, and groups of 15 or more. 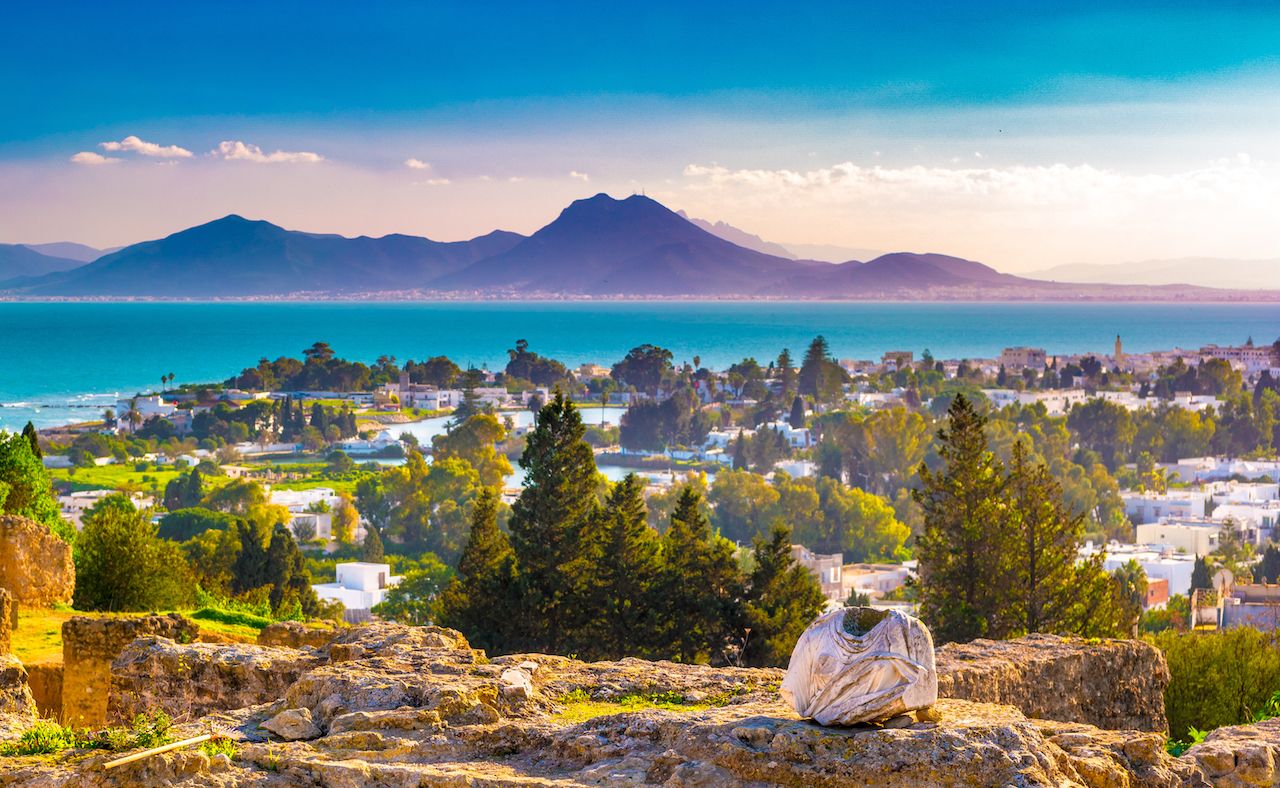 Grandi Navi Veloci makes regular trips across the Tyrrhenian Sea from Italian cities like Genoa, Palermo, and Civitavecchia to Tunis, the capital of Tunisia. The Palermo-Tunis route is significantly quicker than its sister trips, which jump from around nine hours to upwards of 24 in the case of the Civitavecchia-Tunis crossing. Without a car, one-way tickets from Palermo will run you anywhere from $60 to $160, depending on your cabin preference. Prices go up for the longer voyages with fares starting at around $115. Note that boarding for all trips begins four hours before your ferry departs. 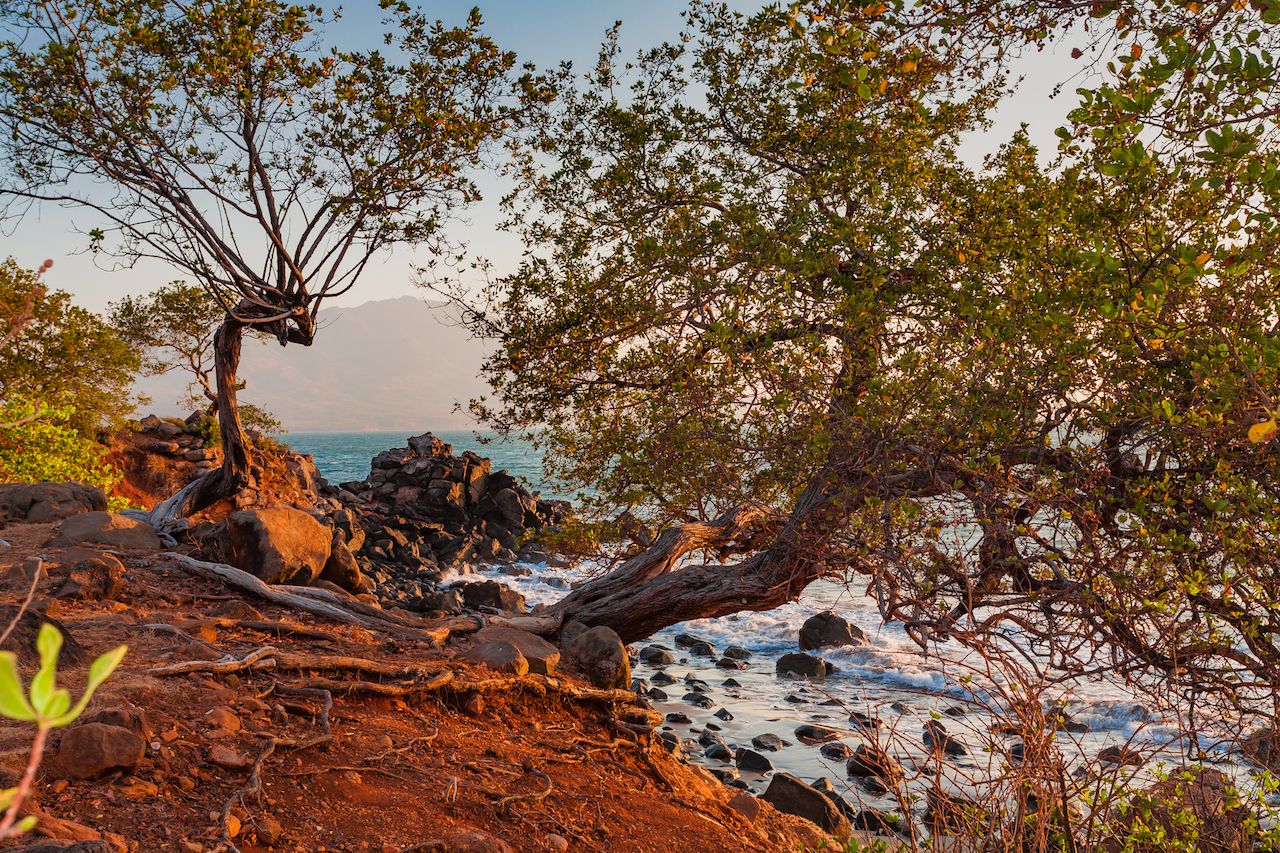 Hop on a Cruce de Golfo vessel and cross the Gulf of Fonseca for a more pleasant passage between these two countries than you’ll get on a long, bumpy bus ride or unnecessary flight. The express ferry from Potosí, Nicaragua, to La Unión, El Salvador, costs $65 per person and takes just two hours. More complex itineraries to destinations like San Salvador are also available on the website, complete with shuttle transfers where necessary. Cruce de Golfo ferries depart on Tuesdays and Saturdays. 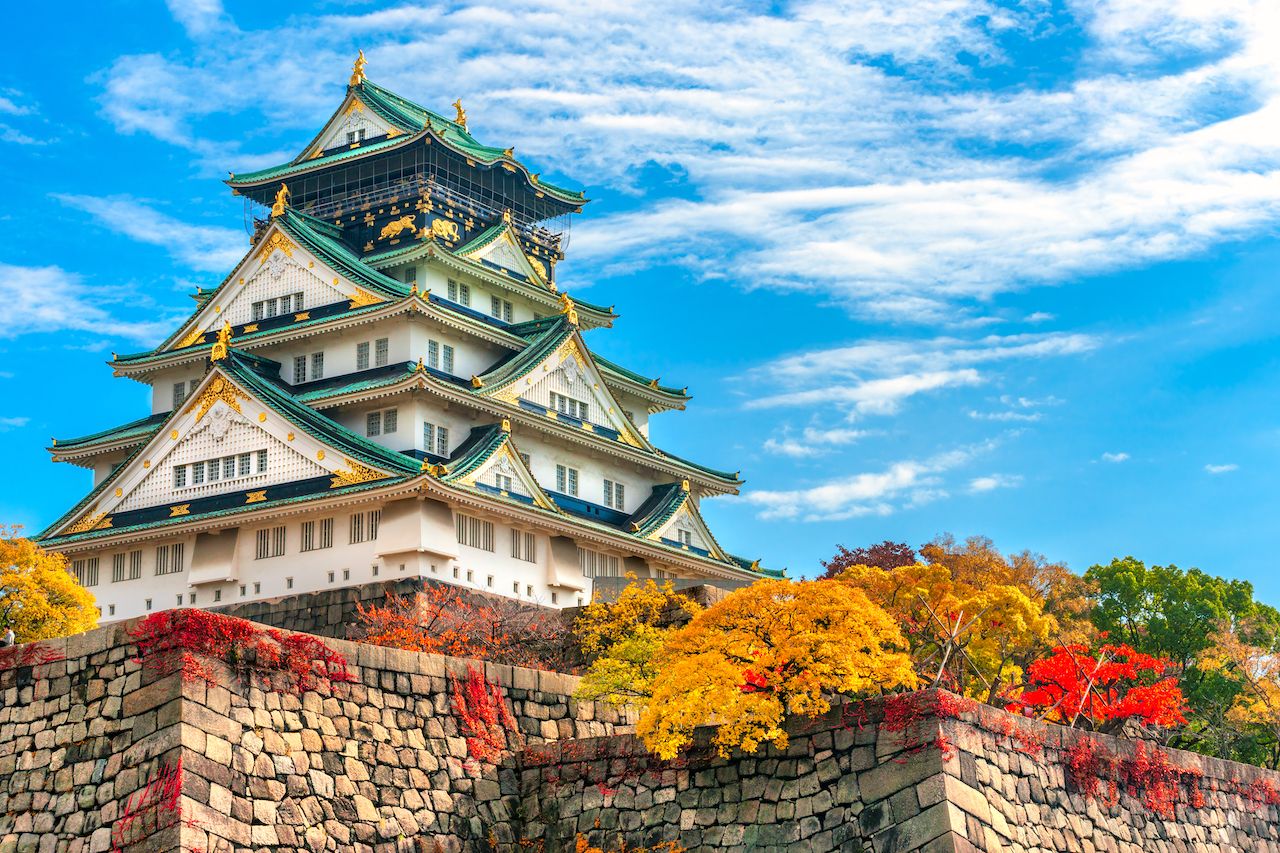 Ferrying across the East China Sea between Japan and China is far from the fastest way to get around, but it provides a nice opportunity to soak up the scenery. If you’re sold on the idea, book the overnight Shanghai Ferry from Osaka to Shanghai, a 45-hour journey that costs about $200 dollars. It’s no luxury cruise line, but there are plenty of amenities to keep you busy on board, including Japanese-style baths, a lounge, mahjong room, duty-free shop, game room, and restaurant complete with karaoke. The biggest downside is that the lower-class cabins are limited to shared lodging. 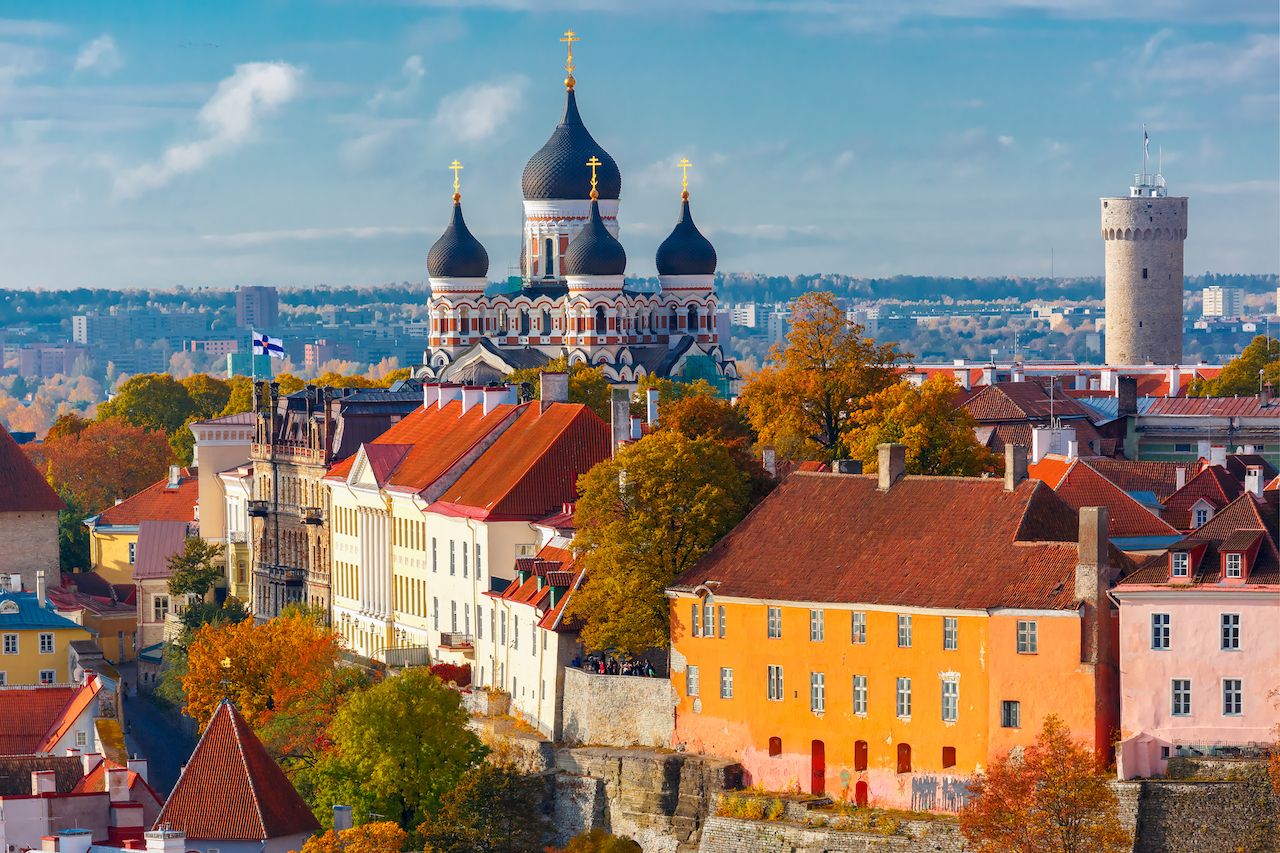 Three ferry lines make travel across the Gulf of Finland between capital cities Helsinki and Tallinn doable year round. Tallink Silja has the most options with six daily crossings while the Eckerö and Viking Lines each run three ships per day. Tallink Silja will get you to your destination the fastest, in just under two hours, but the Eckerö Line generally offers the best deals with tickets going for as little as $15 depending on your travel dates. Be sure to book in advance as the ease of travel between the two cities means that the Helsinki-Tallinn ferries often sell out pretty quickly. 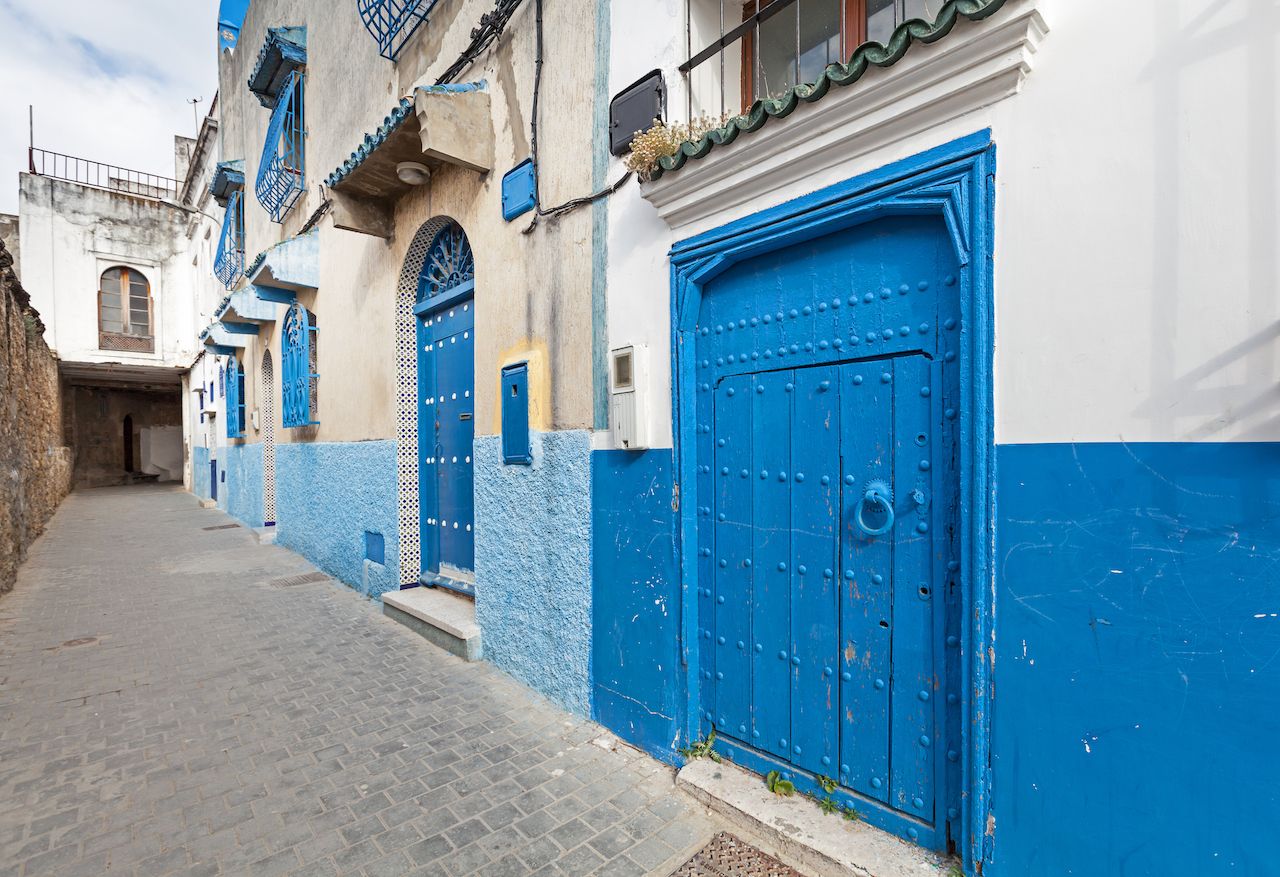 Morocco and Spain lie just opposite one another across the Strait of Gibraltar, where the Atlantic Ocean meets the Mediterranean Sea. The most popular and convenient ferry route is from Tarifa, Spain, to Tangier, Morocco, which takes anywhere from 30 minutes to an hour. High-speed operator FRS is your best bet for the Tarifa-Tangier voyage, costing around $45 one way. FRS also connects Tangier with Spanish hotspots like Barcelona, Málaga, and Algeciras. Other carriers that follow similar routes include Balearia, AML, and Trasmediterranea, giving you tons of options to get across the Strait of Gibraltar hassle-free. 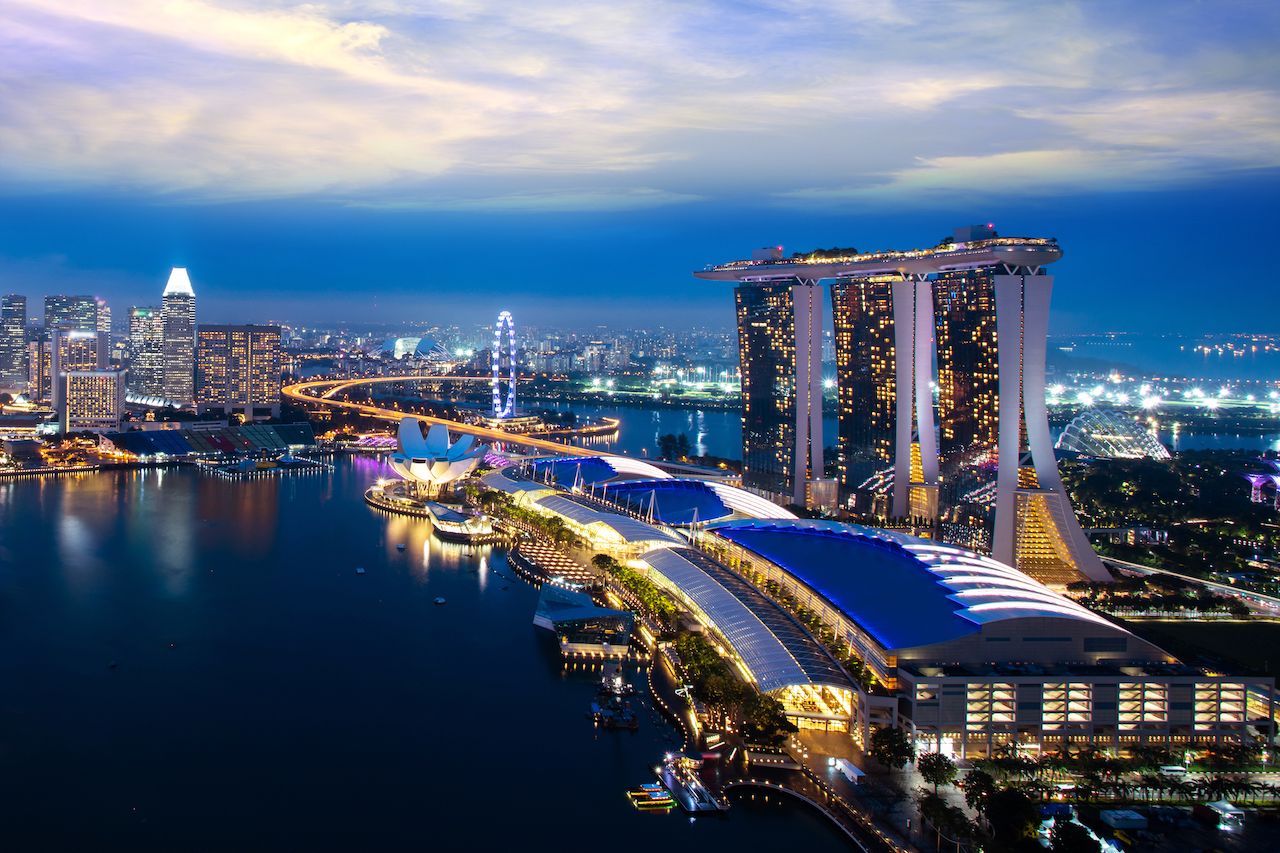 Ferries operated by Limbongan Maju travel the Singapore Strait from Changi, Singapore, to Tanjung Belungkor, Malaysia, daily with the most frequent crossings held over the weekends. It’s a short 30-minute ride that will run you between $20 and $40 for a one-way ticket subject to your travel dates. The cheapest fares are in March and October, and the most expensive are in April and September. Going from Singapore to Malaysia, you’ll depart from the Changi Ferry Terminal and arrive in the state of Johor near Desaru, a fishing village on the Malaysian peninsula. 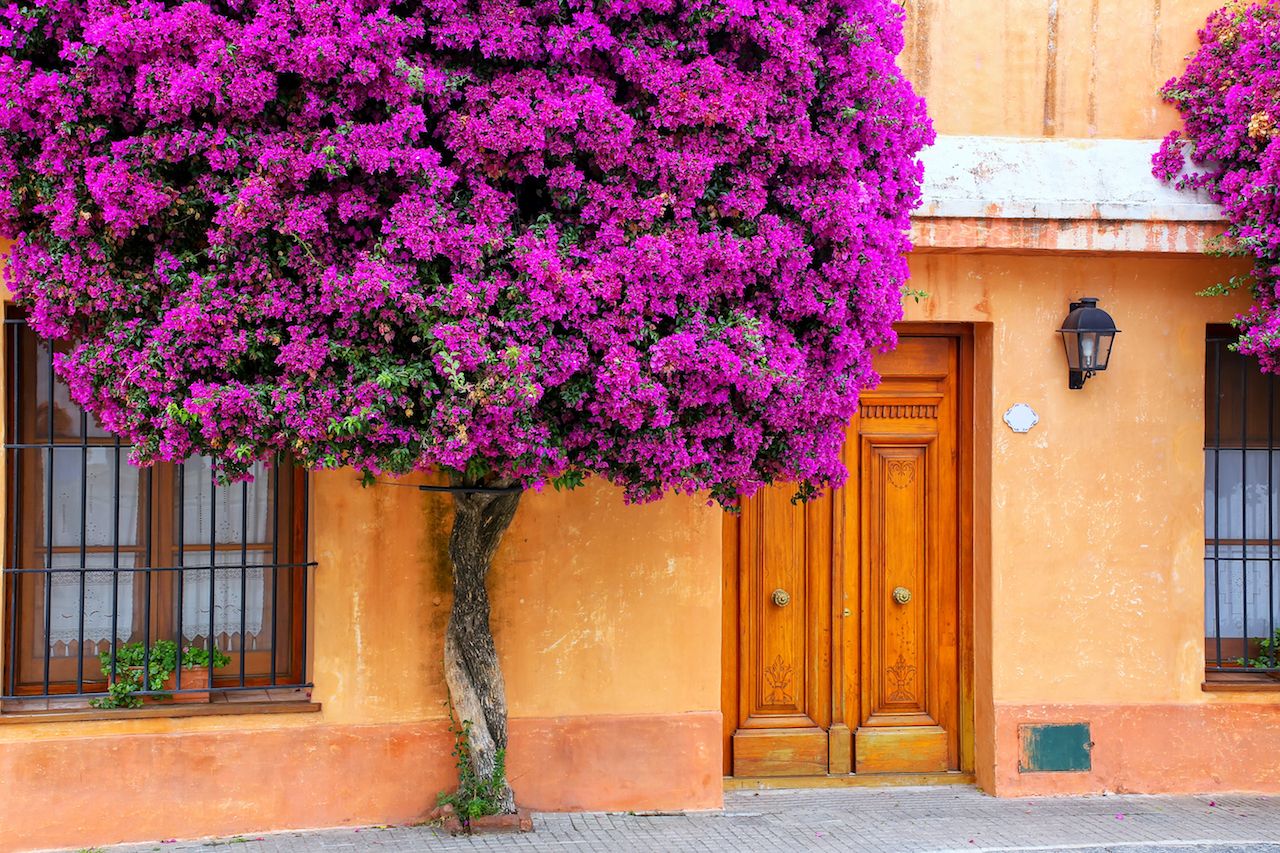 Day-tripping to coastal Uruguayan cities is common among visitors to Buenos Aires, who have the option of sailing across the Río de la Plata to capital city Montevideo, beach resort Punta del Este, and UNESCO-recognized Colonia del Sacramento. Buquebus is the most reliable operator with Colonia Express coming in a close second. Ferries are offered an average of three times per day with the fastest trips going to and from Colonia del Sacramento in about an hour. Prices increase from around $50 to about $60 for the two-hour trip to Montevideo and roughly $100 for the five-hour journey to Punta del Este. There are also a handful of connections between smaller cities like Tigre, just north of Buenos Aires, and Carmelo in western Uruguay.

10. Netherlands and the UK 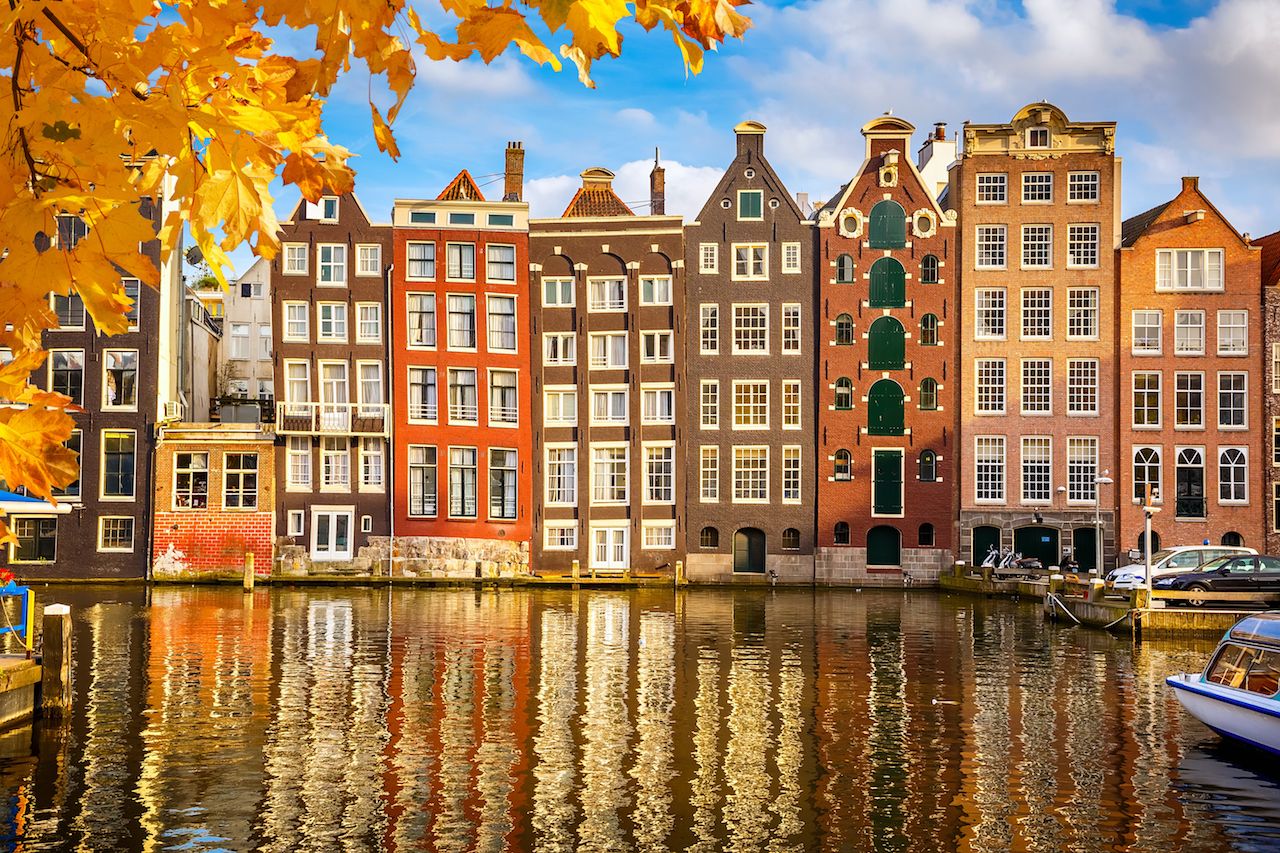 Eurail passes are famous for facilitating easy travel around the European continent, and ferry crossings are often included in your pass. For a leisurely journey across the North Sea, book with DFDS Seaways for a 15-hour trip between Amsterdam and Newcastle or P&O Ferries to get from Rotterdam to Hull in just under 11 hours. If you’re in a hurry, we recommend taking a Stena Line vessel from the Hook of Holland to Harwich in Essex, England. Prices for a single ticket range from approximately $50 to $90. 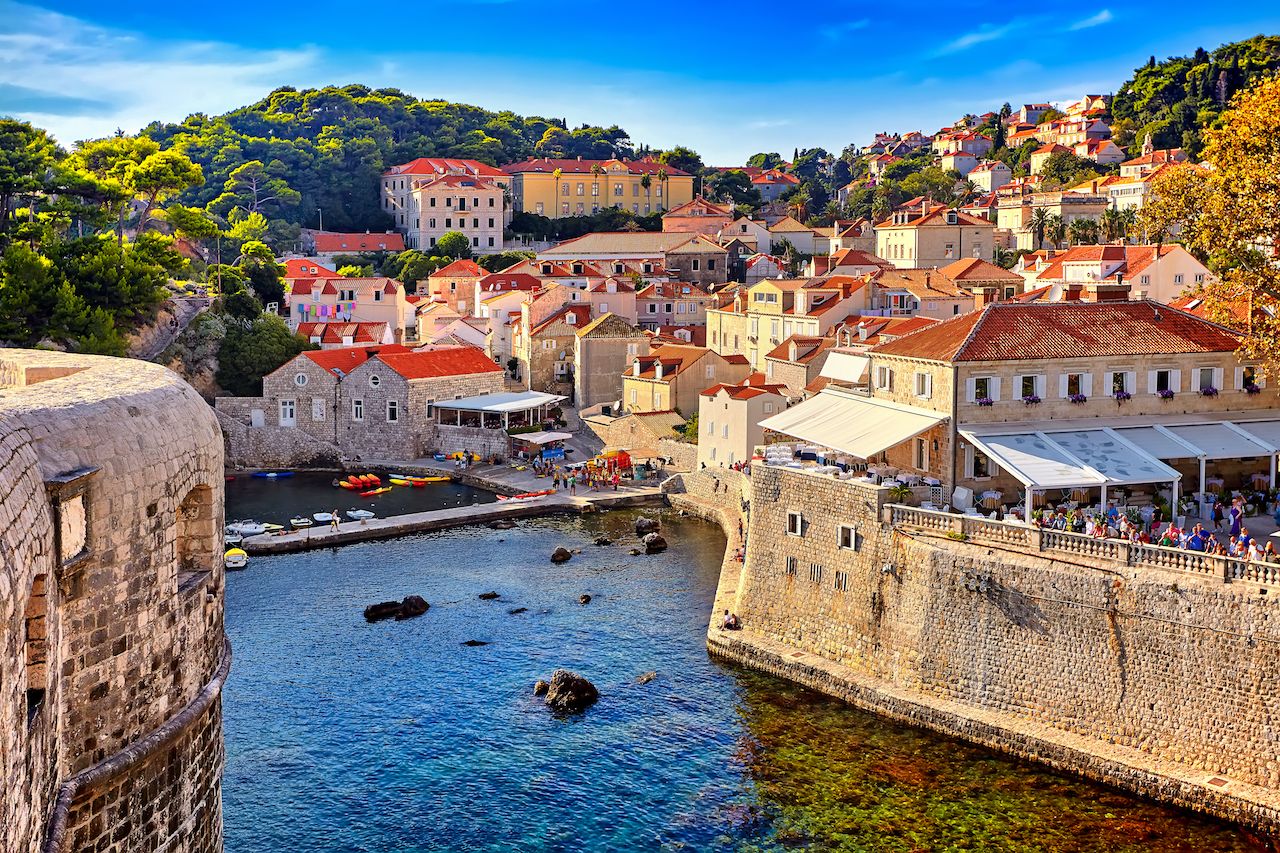 The Croatian coast is just a hop, skip, and jump from the Italian Peninsula. Popular routes between the two include crossing the Adriatic Sea from Bari to Dubrovnik, Ancona to either Split or Hvar, and Venice to Pula. Jadrolinija and SNAV are the favored operators, though you’ll find a handful of offers with the Liberty and Adriatic Lines, as well. The Jadrolinija ferry from Bari to Dubrovnik only runs between April and October while boats leaving from Ancona generally run year round. No matter the route, travel times hover around 10 hours, and one-way tickets cost an average of $60 for the most popular crossings. Just be sure to reserve a spot well in advance, especially over the summer months.

CruisesMillennials Are Suddenly Cruising More. Here’s Why.
Tagged
Cruises Trip Planning
What did you think of this story?
Meh
Good
Awesome