Coffee makes the world go round. It’s the second most consumed beverage after tea (third if you count water, but that’s not really fair), and nearly every country has its own way of preparing and drinking it. Even small towns have a place or two that sells $4 cups these days. And while coffee knowledge has percolated down from the most serious coffee fans to the average Joe looking for a cup of Joe, especially in the top coffee cities, there are some coffee-related activities that take things to another level.

When it comes to drinking coffee, there’s the stuff from the gas station, there’s crafted cups from third-wave shops, and then there are the experiences that will change your coffee-loving life. For those really looking to take their java obsession to the next level, these are the five best coffee experiences from around the world. 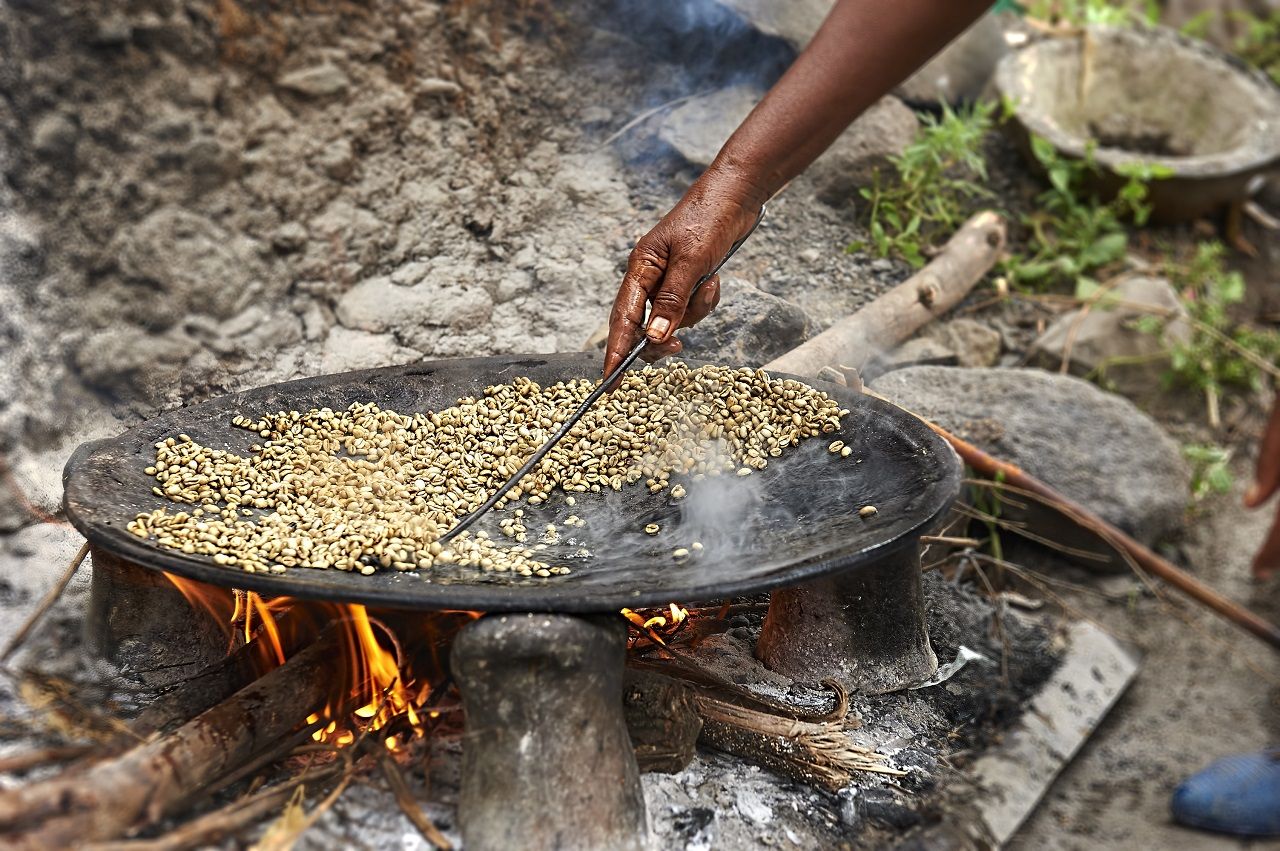 Ethiopia is the birthplace of coffee, making it a natural starting point for people seeking an authentic coffee experience. Think of it like this: You wouldn’t start a tour of the best pizza adventures in Portugal. According to one Ethiopian coffee origin story, the first coffee was consumed by a goat herder who saw his animals jumping around after eating small, cherry-like berries growing on trees. He took the cherries to a monastery and explained the stimulating effects, and the cherries were promptly thrown into the fire to be destroyed. But then came that oh-so-enticing coffee aroma and everyone was hooked. Those cherries (the term for the fruit around coffee beans) were Arabica coffee, the same strain that at least 75 percent of today’s coffee is made from.

Ethiopia still produces a large chunk of the world’s coffee, simultaneously consuming a large percentage of what it grows. According to the book Where the Wild Coffee Grows, Ethiopia’s population of around 100 million drinks around 500 million pounds of coffee a year. But it’s not served on the go in a paper cup; there’s a whole ritual to coffee drinking in Ethiopia. First, the beans are roasted in an open pan, filling the air with the smell of coffee. Then the beans are ground and brewed in a clay pot called a jebena alongside frankincense and myrrh. Once it’s ready, everyone (and it’s always multiple people) is served a cup poured to the very top — no adding cream here. It’s one of the oldest — if not the oldest — coffee tradition in the world.

The ceremonies normally take place in private homes with invited guests. If you don’t score an invite, the Garden of Coffee roastery in the capital city of Addis Ababa celebrates the tradition on a large scale while honoring farmers. Customers can walk around the expansive, 10,000-square-foot cafe in Addis Ababa and choose which coffee to have roasted onsite by which roaster. All of the beans are pan-roasted by hand in front of you. Go multiple times and you might find you have a favorite roaster you’d like to return to again and again. It’s a hands-on coffee experience that connects consumers to the real people behind the coffee.

2. Pick and roast beans with a Hawaiian roast master. 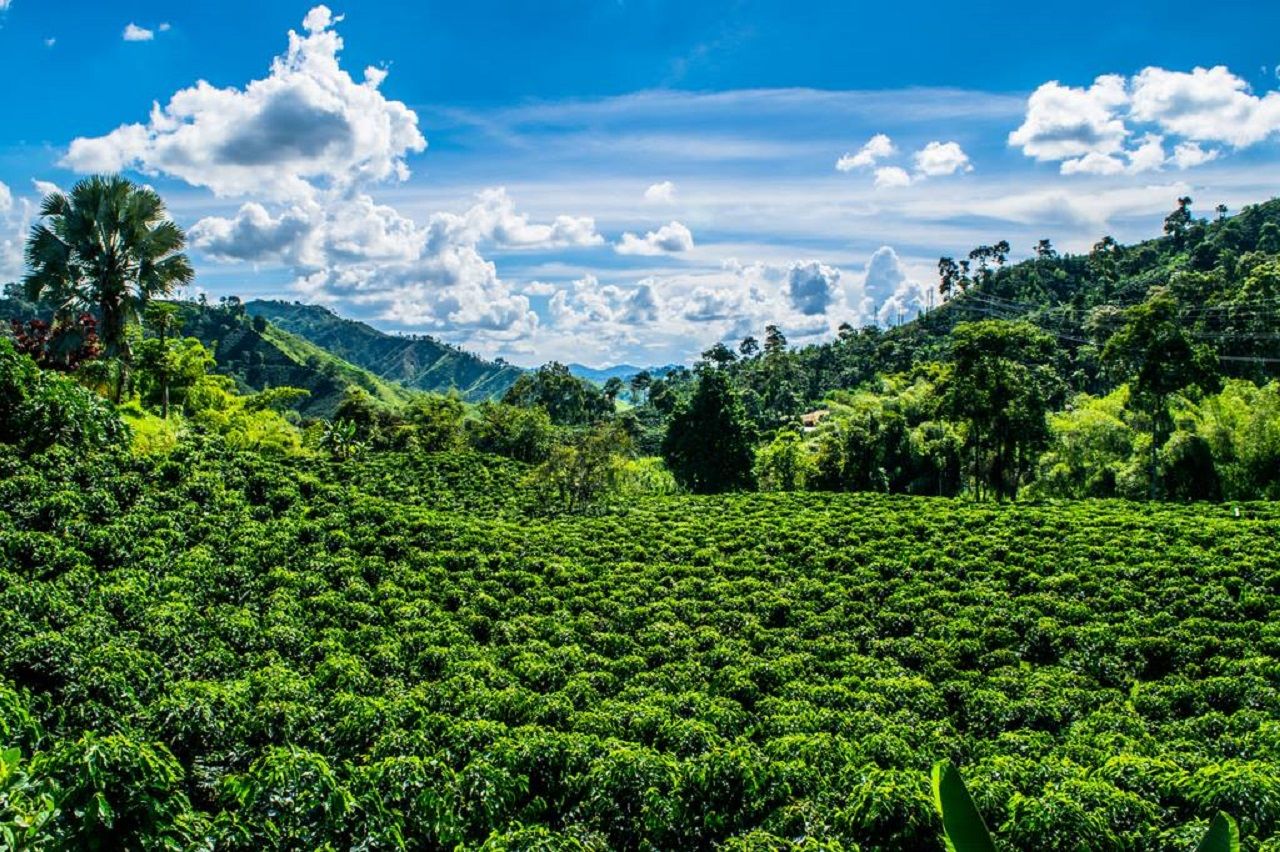 You may think beaches when you think of Hawaii, but when you think about Hawaiian coffee you should be really be thinking about the mountains. Mountain Thunder Coffee Plantation is in the Kona region of the Big Island, which is the most famous coffee-growing area on the islands. The highest part of the plantation sits at an elevation of around 3,200 feet, which is 200 feet higher than what’s generally accepted as “high elevation” for food and cooking. It’s also the perfect height for terrific coffee.

Mountain Thunder runs tours that take you through how coffee is grown, harvested, ground, and graded in Kona. If you opt for the master roaster experience, Mountain Thunder’s master roaster (which is a top 10 job title as far as food production titles go) helps you roast your own coffee cherries into ready-to-drink beans.

3. Contemplate death over a cup of coffee in Thailand. 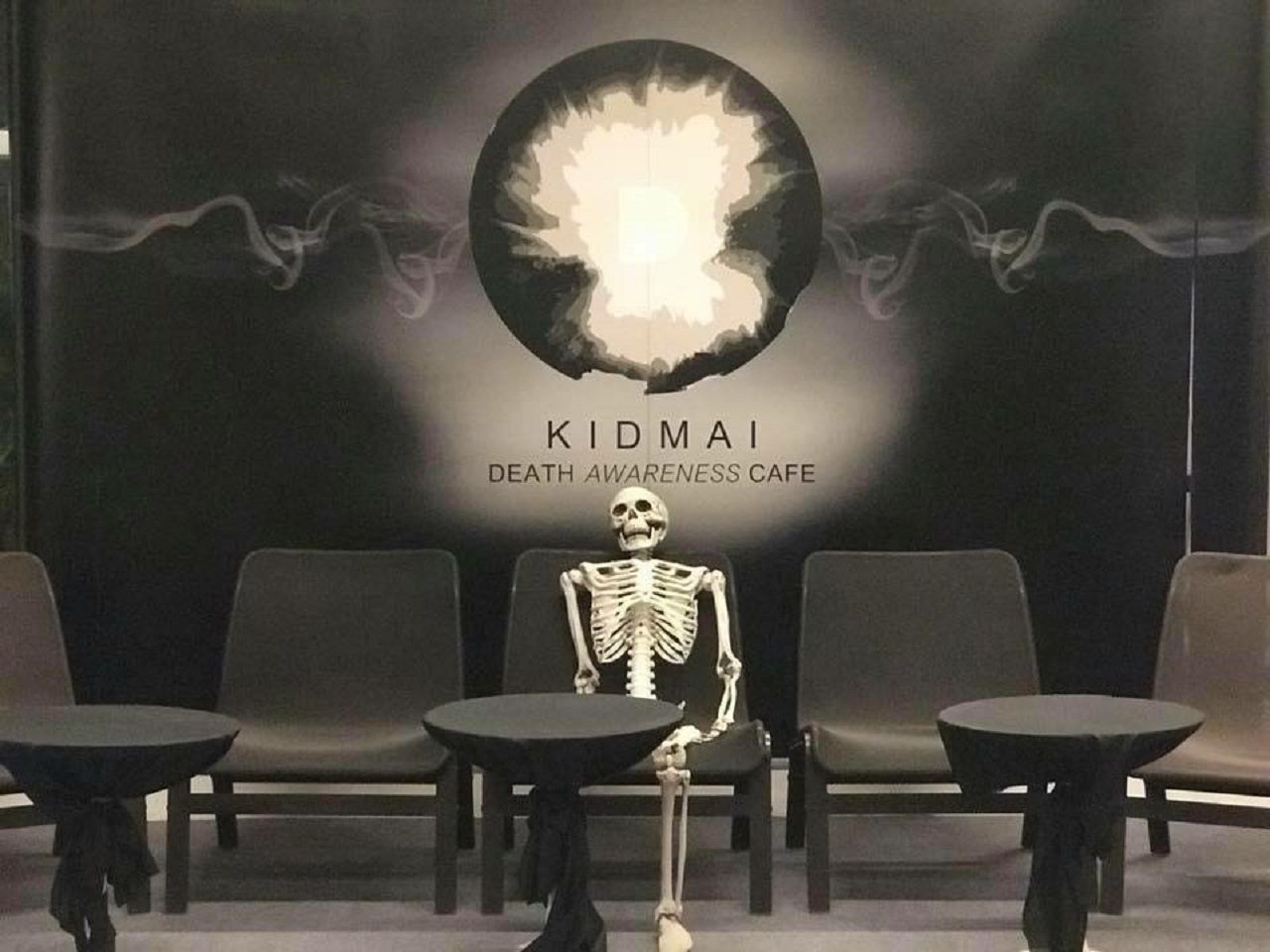 A cafe in Bangkok wants you to confront your own mortality before you sip the caffeinated drink that gives you life. Kid Mai Death Awareness Cafe has a sectioned off area to plan your funeral and a real casket that you can lie in with the lid closed for a discounted drink. It’s the type of place that’ll really call the bluff of anyone who says they’d die without a morning cup of coffee.

Admittedly, Death Awareness Cafe is more about art, philosophy, and Buddhist teachings than about coffee. It was founded by Veeranut Rojanaprapa, an assistant professor at Saint John’s University in Bangkok. The goal is to decrease greed and anger by forcing people to confront the fact that they will one day be gone. Only, you don’t have to actually face down death. The coffin lid opens after three minutes, and death-themed drinks like the Last Day espresso or the One Year Left latte await.

4. Learn the art of the latte from Italy’s best. 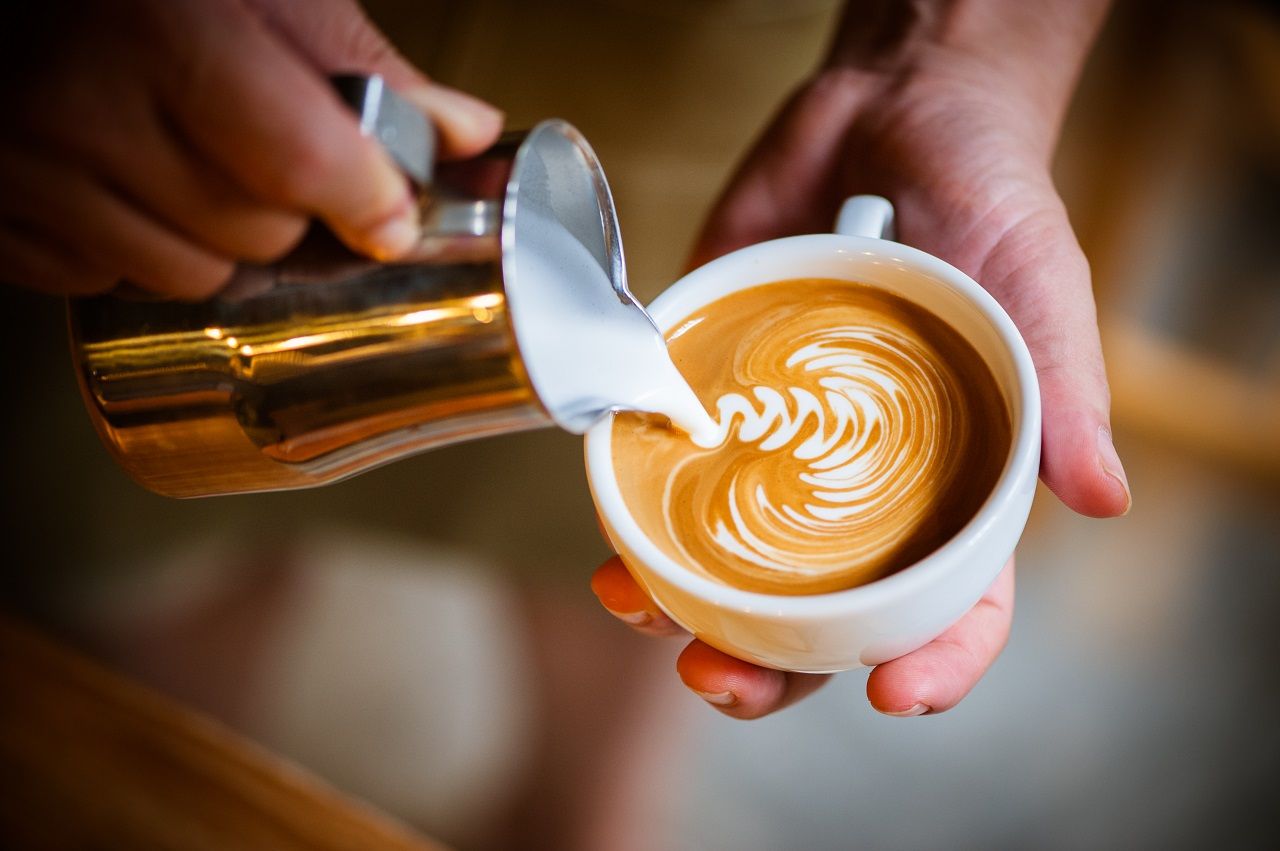 Designs on the top of lattes have gone from a nice touch to full on Instagram-worthy latte art. All sorts of patterns are put on top of coffee now, many of which can be found posted on the ‘gram by that annoying friend who seems to always know about the best coffee spots before you do. You don’t need the coolest coffee spots if you know how to create latte art for yourself, though.

The Espresso Academy in Florence, Italy, offers a latte art course that walks people through the basics and not-so-basics of making designs with milk. The one-day class teaches you the heart, dragon, bear, rosetta, and a couple of different tulip designs.

If that’s too basic for you, the Espresso Academy also has coffee tasting and advanced barista courses. 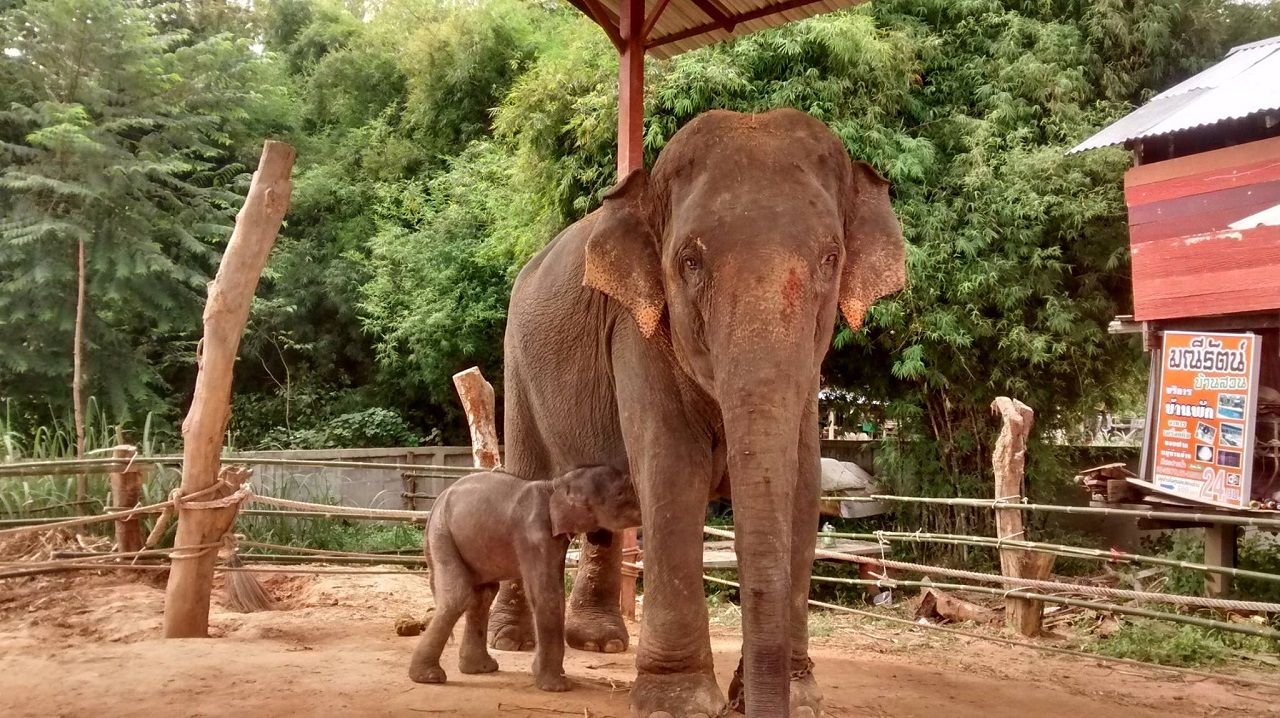 The world’s rarest coffee has already been through an elephant’s digestive system. At Black Ivory Coffee, also in Bangkok, Thailand, elephants are given a diet that includes coffee cherries. The cherries are partially digested, and then when they come out through the other side, what’s left is sorted out and dried. According to the company, elephant digestion breaks down the proteins that make coffee bitter, resulting in the smoothest kind out there.

If you’ve seen the movie The Bucket List, you’re already somewhat aware of poop coffee. Morgan Freeman’s character drops a bomb on Jack Nicholson’s character after elaborating that his favorite expensive coffee, Kopi Luwak, comes from cat poop collected in the jungle. In real life in 2013, word spread that producers were abusing the cats by keeping them locked in cages and force-feeding them coffee cherries. Demand sank, but the idea that pre-digested coffee beans are superior did not. Enter Black Ivory Coffee, which prides itself on ethical elephant care and supports The Golden Triangle Asian Elephant Foundation. That makes Black Ivory not only highly sought after, but also a way to do good while drinking coffee.

All those good vibes don’t come cheap, however. It’s only distributed to a limited number of five-star resorts, and a one-pound bag directly from Black Ivory costs $1,000. That’s what makes this an experience, not an everyday cup.