Rental cars make it easier for tourists to explore a destination independently. During the pandemic, however, the rental car industry took a major hit as demand dropped and companies sold most inventory. Now that COVID-19 cases are subsiding, summer is here, and travelers are roaring back into action, car rental companies are racing to buy cars quick enough to meet demand.

That means there may not be a whole lot of options depending on where you go — in Hawaii, the shortage was enough to drive people to rent U-Hauls to use as rental cars. So it’s time to get creative, whether that means relying on ride-share apps or throwing it back to the Stone Age and taking a bus. A world without rental cars might sound bleak, but it’s actually a great test of your travel adaptability for longer hauls and short jaunts alike. From RVs to bicycles, these are the rental car alternatives you should consider this summer.

Renting a car from a traditional agency might be tougher than usual this summer, but that doesn’t mean you can’t borrow a vehicle Airbnb-style. Car-sharing services have been on the rise recently, with companies like Turo and Getaround offering up a fleet of cars courtesy of individual owners. Uber and Lyft recently got into the car-sharing and rental business as well.

Instead of renting from Avis, you’re renting from some guy down the street who doesn’t mind lending a stranger his car for a few hours or a few days. When you pick a rental online, the company will give you the car’s location and remotely unlock it for you. Much like renting an Airbnb, you’ll be expected to return the car to its owner exactly as you found it. Car sharing might not be widely available in smaller cities and towns, but it’s perfect for flexibly getting around a city in the absence of a traditional rental car, or taking a quick day-trip without having to worry about public transit.

2020 was really the year of #vanlife, and there’s no reason 2021 should be any different. It’s more than just a social media cliche. Repurposing an old van or renting an RV are great ways to travel flexibly and affordably without needing to rely on trains, buses, rental cars, or even hotels.

Of course, it’s not exactly cheap to purchase an RV or convert a van (here’s a full breakdown of the cost to convert to van life). You won’t recoup your money in one trip. But if you take a few lengthy road trips per year to the right places, and consider how much you’ll save in transportation and hotel costs, it’s tough to argue against the financial benefits of #vanlife.

Alternatively, you can rent an RV from companies like Cruise America or RVshare for short-term trips without the commitment.

Just make sure you’re cool with spotty WiFi and showering in Planet Fitness locker rooms before you embark. 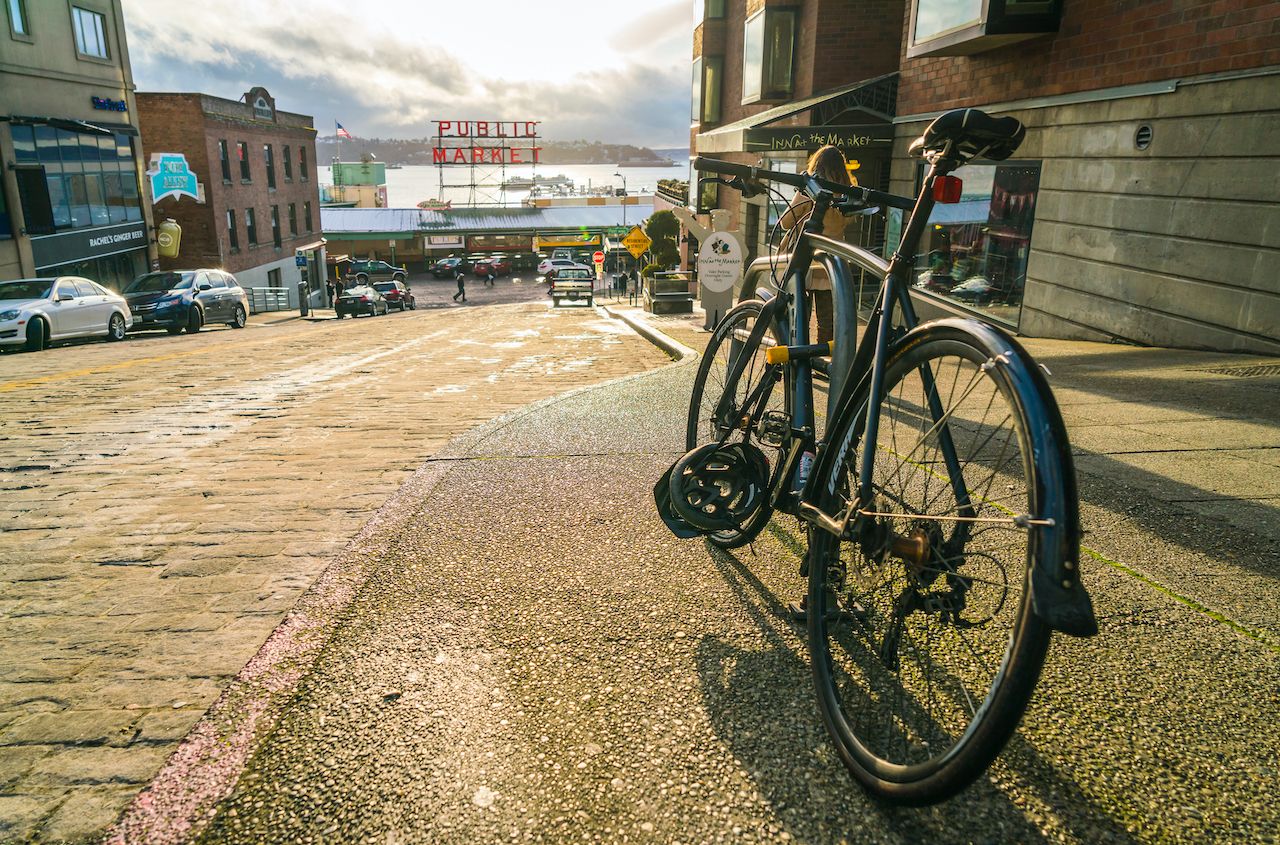 Bikes have the double-advantage of being more sustainable and also better exercise than other forms of transportation. Cities like Amsterdam and Copehnagen are known for their bike culture, but you can rent a bike in pretty much any city in the world. In the US, cities like Austin and Portland can be navigated by bike, and you can have experiences like exploring the vineyards of Colorado all on two wheels.

Bikes are much cheaper than renting a car, and unlike trying to find a parking space in a city, parking your bike is actually possible without a major headache. Dedicated bike lanes may be more prevalent in some cities than others, depending on the local popularity of cycling, so it’s important to exercise caution when hitting the streets on your bike. That includes signaling your turns and wearing a helmet, especially in high-traffic areas.

The worst thing about taking the bus is being seen taking the bus. For some reason, buses are often looked down upon as a mundane, almost brutish means of travel, while trains are somehow reserved for true Eurotrippers and seasoned globetrotters. It’s all nonsense. Sure, sometimes buses are confusing to navigate and often don’t get people to their destination quite as efficiently as trains, but they can also completely eliminate your need for a rental car if you know how to use them.

Regional buses take people between and across states if you’re looking to escape to somewhere that you’d normally rent a car to road trip to. And once you’re in the city, local transit apps and Google Maps’ Transit layer can help you navigate a system you’re unfamiliar with.

Airports almost always have buses running to hotels, the city center, and major train or subway transport hubs. There’s really no need to rent a car at the airport if the city you’ll be staying in has a sophisticated public transit network. City bus schedules can be difficult to understand, but don’t be afraid to ask for a little help from the hotel front desk or your Airbnb host. Once you get the hang of it, you can cheaply traverse the entire city. There’s truly no shame in taking the bus, especially if it saves you $500 in rental car costs. 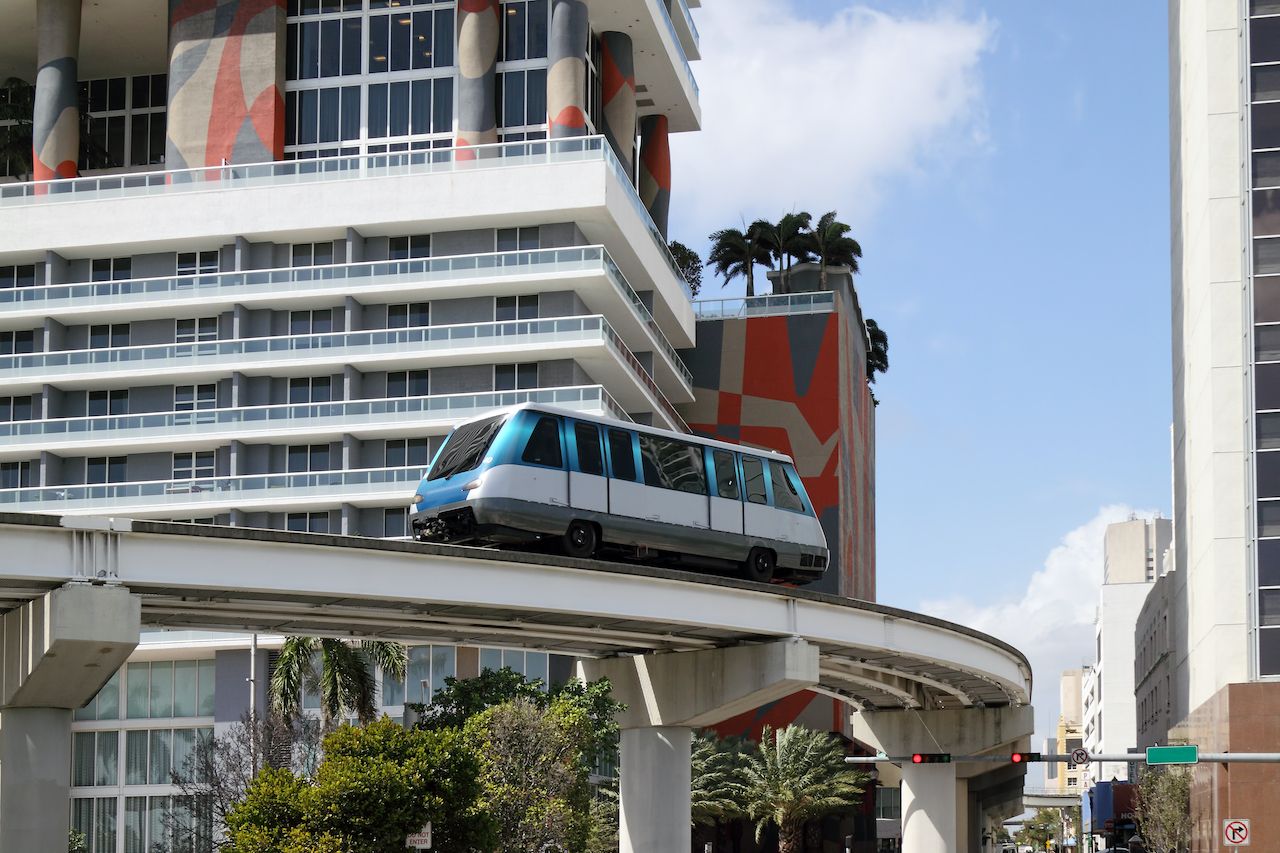 Trains are usually considered a longer-distance form of transportation and not necessarily a replacement for rental cars. When you consider subways and metros, however, you’re looking at an intra-city rail network of transport that can take you pretty much anywhere. If you’re planning to stay in a single city for most of your trip — especially if it’s a larger city — subways are the answer. Getting around London via the Tube is both quicker and more convenient than trying to drive a rental car around a busy urban center (on the other side of the road for Americans, no less).

Even if you’re planning a multi-city vacation, you can still rely on trains for transportation. Amtrak covers much of the US, and even the Amtrak long hauls can be enjoyable if you do them right. In Europe, there are train routes connecting most major cities. Not only is it less stressful than driving your own car on unfamiliar roads, but you can also sit back and enjoy the scenery without worrying about translating road signs.

Flying might not sound like a feasible alternative to renting a car, but hear us out. Short, puddle-jumper flights can be affordable and even quicker than driving, depending on where you’re going. If you’re spending the week in the Northeast and considering driving between Boston and New York, take a flight instead. You’ve just cut your travel time from five hours to an hour-and-a-half, and while airports are certainly timesinks, so are traffic and unexpected construction delays. Not to mention the hassle of finding parking in a major city. It’s also worth noting that short flights often have lower price tags than rental cars. A roundtrip flight between Boston and New York can cost as little as $60. Renting a car for five days to make the same trip can cost as much as $800.

Ride-sharing services are facing similar difficulties as rental car companies this summer. Due to low demand this past year, many drivers left and without plans to come back, according to the Washington Post. Still, Uber, Lyft, and taxis might still be a better bet than renting a car.

Assuming ride-share companies are active and available in the city you’re going to, it can be a valuable tool for travelers. Ride-sharing is typically considered a short-distance proposition, but that doesn’t have to be the case. Ubers and Lyfts can take you between close cities, or from a city into the countryside, as long as you find a willing driver. You might have to shell out over $100 for a longer journey, but compared to dropping $800 on a rental car it might be worth it — especially since you won’t have to foot the gas bill.

Train Travel7 Reasons Your Next Trip Should Be by Train
Tagged
Budget Travel Train Travel
What did you think of this story?
Meh
Good
Awesome