Have you ever wondered what it would be like to live in the northernmost community in the world? The coldest? The driest? Well, these people don’t have to imagine. Whether it’s living at the literal top of the world in Svalbard, or in the hottest place in Ethiopia, they spend their daily lives in some of the most inhospitable places on earth. 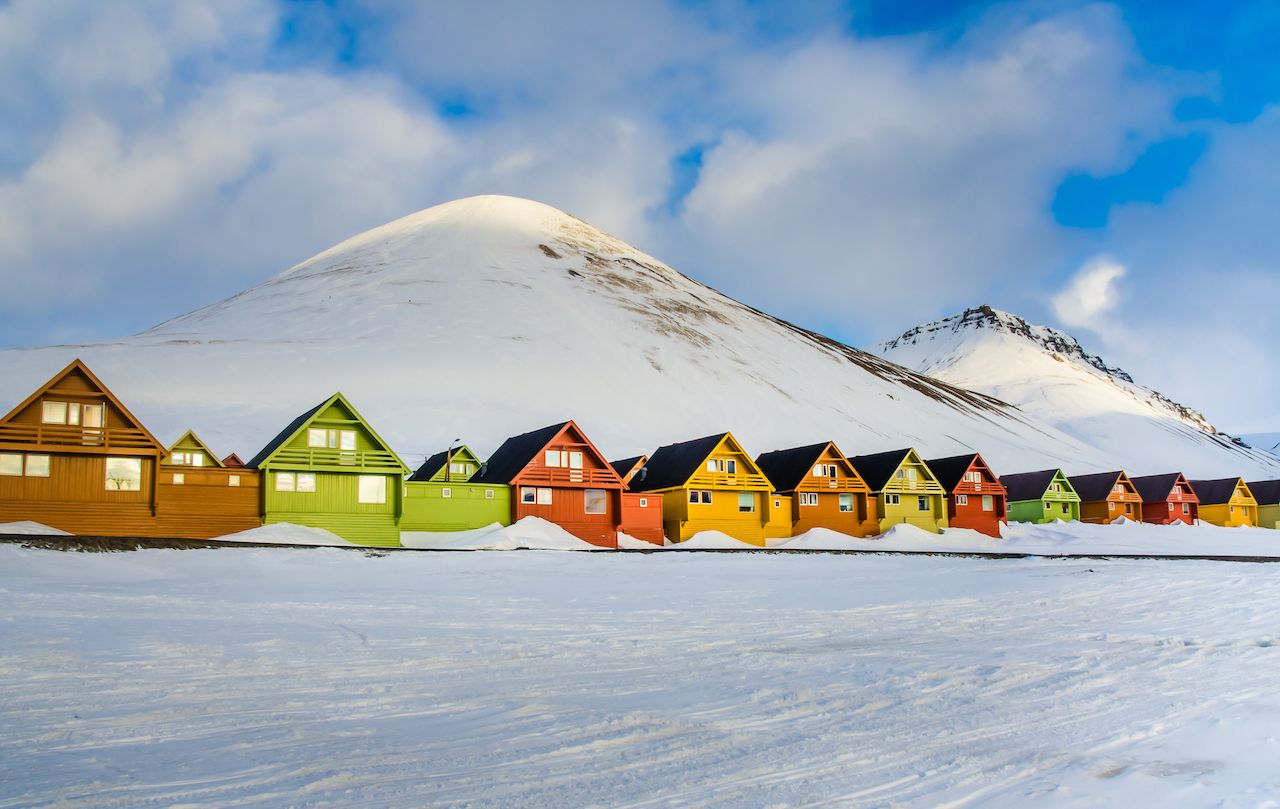 Although closer to the North Pole than to Norway, the Svalbard archipelago is home to the northernmost settlement in the world. With a population of just over 2,000, the town of Longyearbyen is the archipelago’s largest residential community. Its residents share Svalbard with roughly 2,500 polar bears. While the bears rarely venture into the town itself, any resident leaving the borders of Longyearbyen is required by law to carry a firearm for defense. Initially a coal mining community, now many of Longyearbyen residents work in museums, hotels, or restaurants.

If you’re considering a move to Svalbard, you should be prepared for very long days, and very long nights. And by “really long”, I mean “never ending.” From April to the end of August, one day blends into the next, as the sun never sets over Svalbard. This might sound appealing, but it can really puts a damper on snow-dependent activities like dog sledding and snowmobiling, for which the archipelago is well-known. Besides, it can really mess up your sleep schedule.

By the time you’re sick of the constant sunlight, it’s time for endless winter. From November through February, the sun disappears completely, and Svalbard is plunged into a long, long night. For stargazers and winter sports enthusiasts, however, this is the best time to visit. Just make sure you bring your gun license and a pair of thermal underwear. 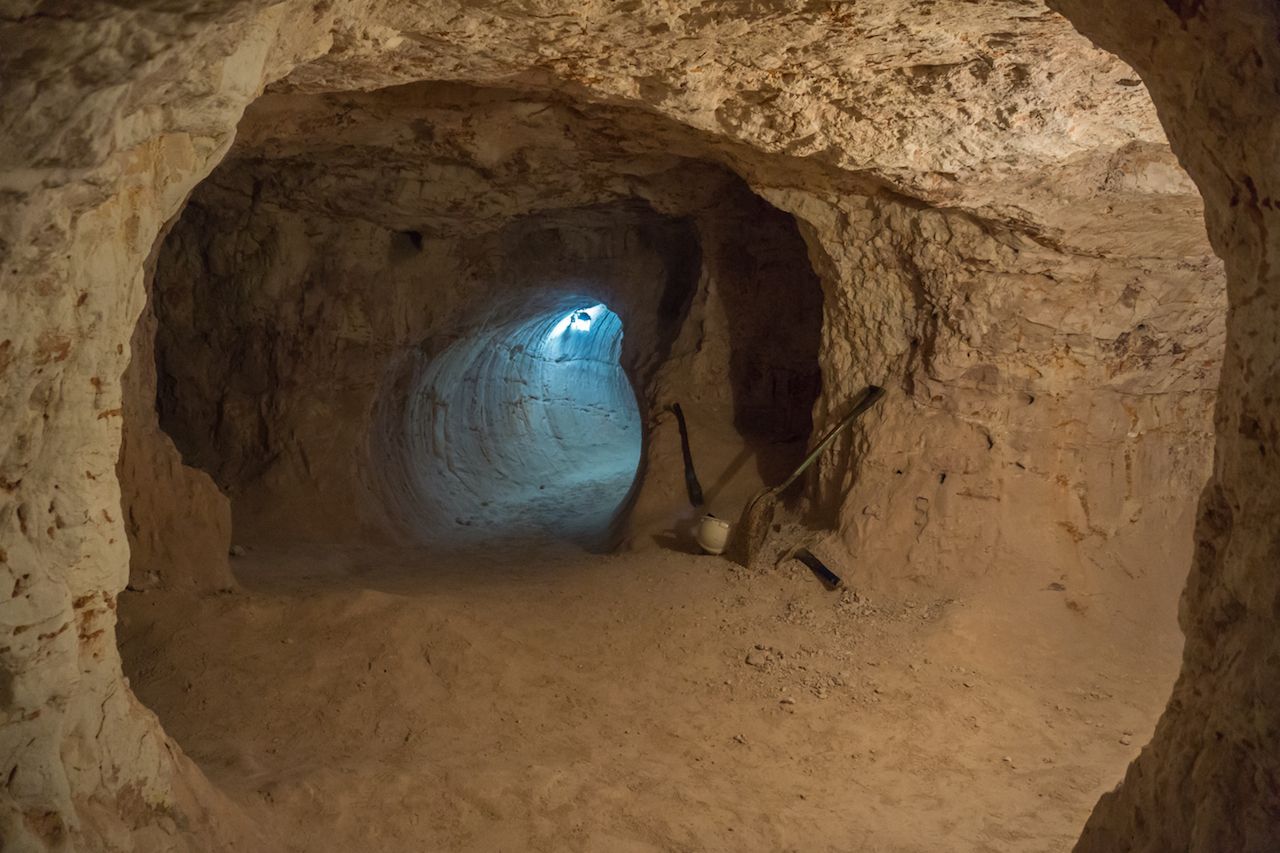 Coober Pedy is another mining town, but unlike Longyearbyen, it’s underground. Located over 1,000 miles from Australia’s capital city of Canberra, the aboveground temperature in Coober Pedy can reach up to 120 degrees in the summer, with little rainfall. Despite the oppressive heat, the terrain was a rich source of opal mining, and after World War I, people slowly began turning discarded mines into permanent residences to escape the temperatures above ground.

While the underground homes have internet and electricity, water is often scarce due to the dry climate. 80% of the local population live inside the sandstone. While an observer might think their living situation is dark and claustrophobic, residents enjoy churches, bars, and bookstores in their subterranean town, and are thankful for an escape from the heat. 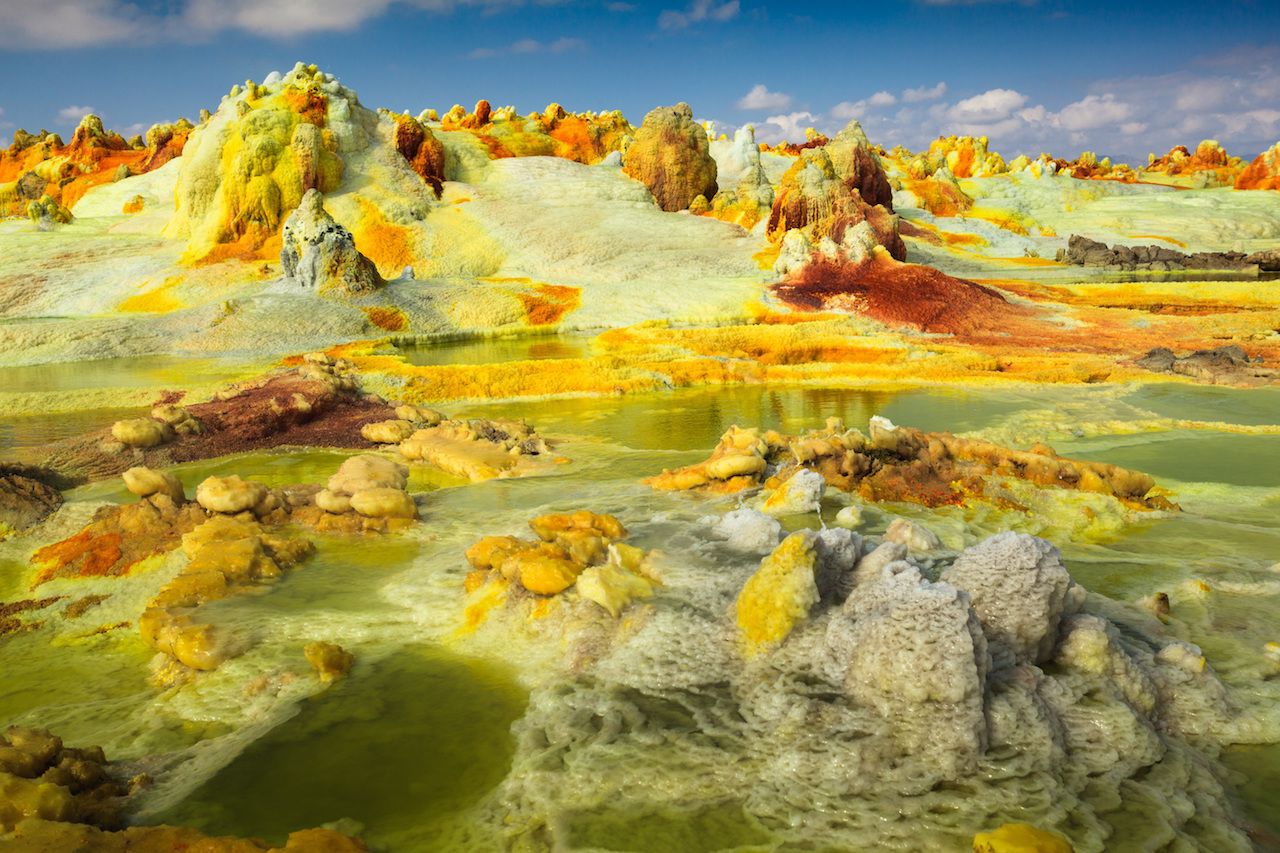 The Afar people of Dallol probably wouldn’t have much sympathy for the residents of Coober Pedy. They call their town the “Gateway to Hell”, as it can reach temperatures of 145 degrees, and is considered to be the hottest inhabited place on earth. Since Dallol sits above an active volcano, standing in one place for even a few minutes can melt your shoes.

The town is 300 miles away from the Ethiopian capital of Addis Ababa. To adapt to the unforgiving climate, the Afar people utilize paint colors on their homes, objects, and clothing, that reflect the sun. They have also harnessed the climate’s usefulness, devising a technique to heat their water while also cleansing it of bacteria. 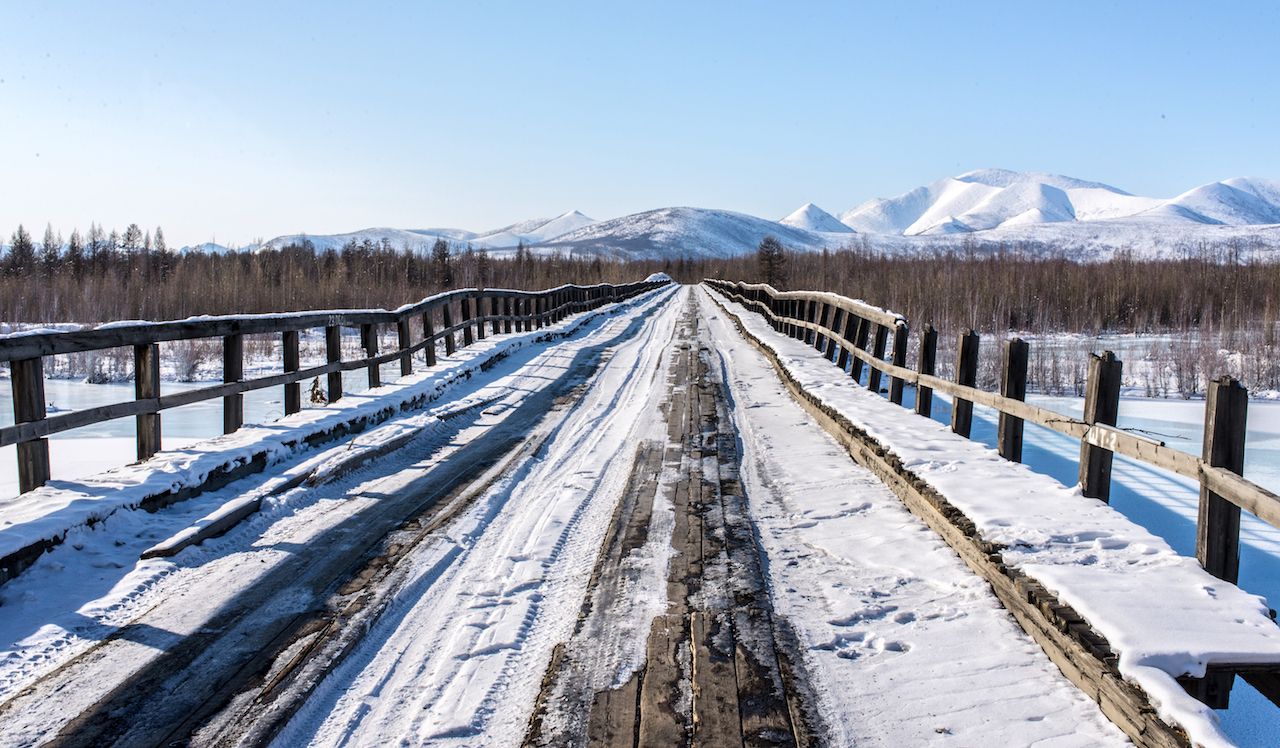 If you’ve braved the heat in Dallol and are eager for a cooldown, the quickest way to lower your body temperature would be to travel to Siberia. In Oymyakon specifically, temperatures fall to minus 90 degrees in winter, and it can be deadly just breathing the outside air. This hasn’t deterred the Yakut people, however, who have lived in the Oymyakon area since the 13th century.

It should come as no surprise that locals — numbering only 500 — don’t exactly dress like we do. They cover themselves in merino wool and animal fur, which provide more warmth than even the most expensive Canada Goose jacket. They also use slitted goggles made from animal hooves, to protect against 100 mph winds. And it’s not just about clothing. They sustain themselves on a steady diet of reindeer and horse milk, and ox meat, which supplies the body with micronutrients and enough calories to fight the elements. 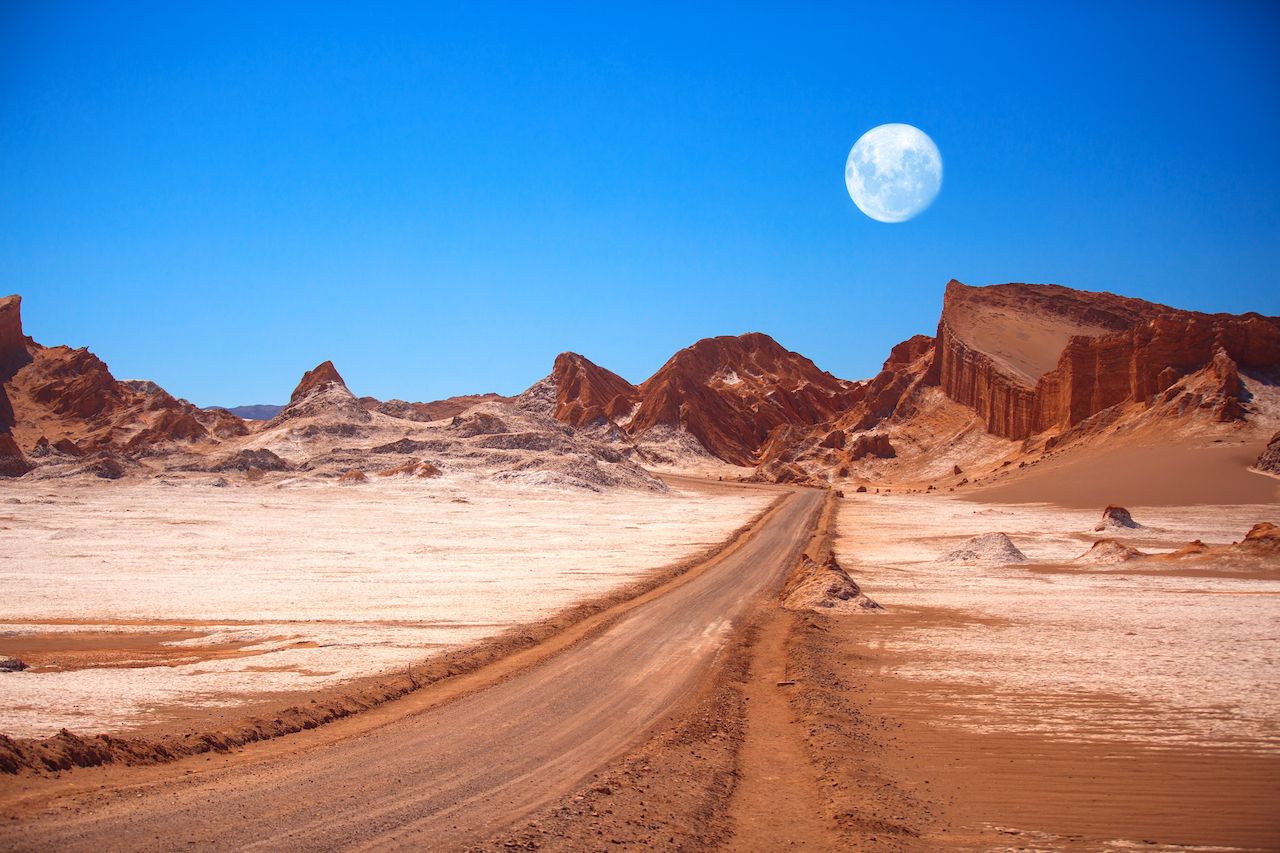 Some areas of the Atacama Desert haven’t seen precipitation in 400 years. Despite the dryness, however, the Atacameno tribe has lived in this desert since before the Inca Empire. The area’s terrain is often compared to Mars’s, and indeed, NASA uses the desert to test their instruments for Mars missions. The soil is drier than any other on earth — so dry there are no living organisms in it. Farmers must lay the horns of freshly killed cattle to attract insects, which then fertilize the land to increase crop yields. Much like the ingenuity of the Afar people, the Atacameno tribe has figured out a way to create water out of thin air, capturing moisture using fog nets. 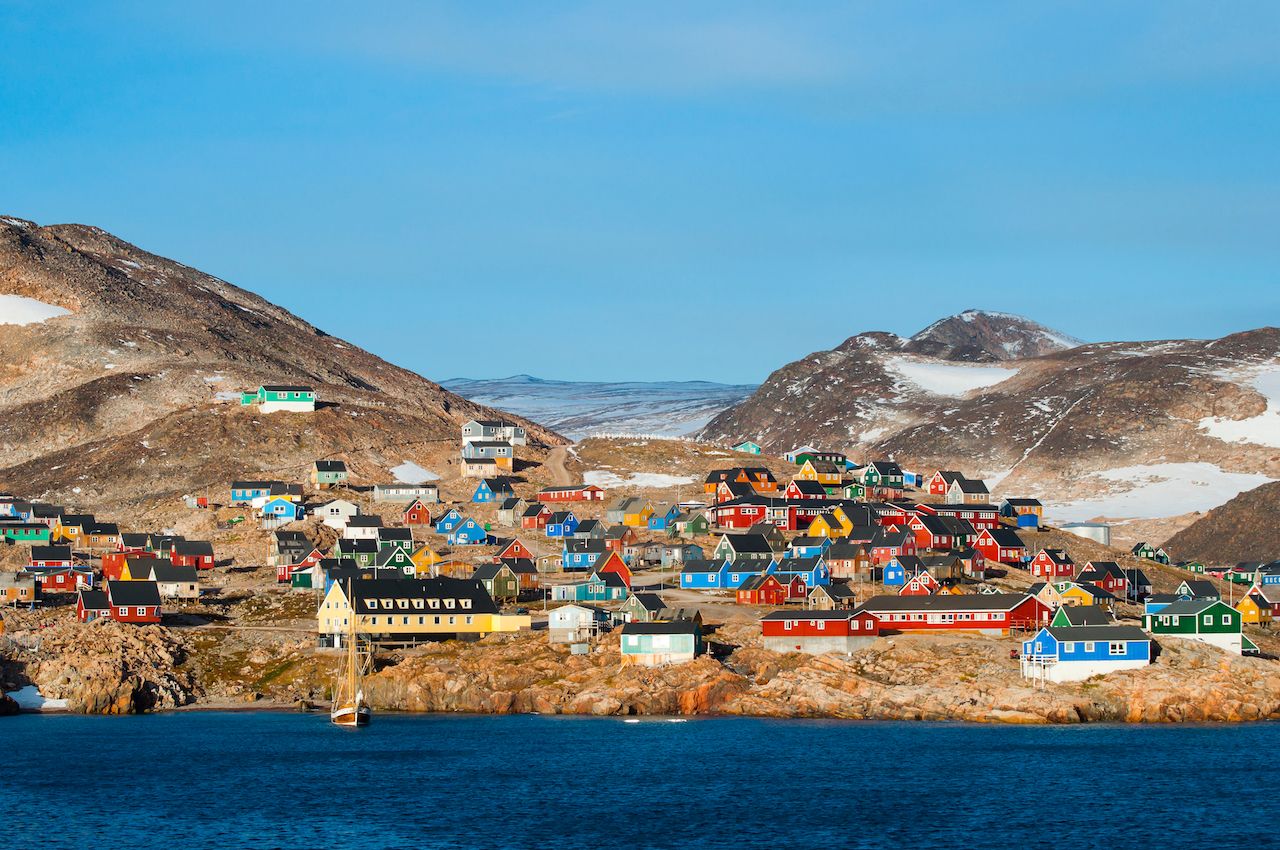 Ittoqqortoormiit is the remotest inhabited community in the western hemisphere. Home to 450 intrepid citizens, the town is composed of colorful wooden buildings, painted bright blue, red, yellow, or green, across a coast of pink and grey rock. It’s one of the only places in the world where residents are allowed to hunt polar bears for meat, as the Greenland polar bear population is actually quite substantial.

There is only one guesthouse in town, a pub that opens one night a week, a general store, and a post office. However, if you’re looking for some adventure at the edge of the world, Nanu Travel offers dog sledding, kayaking, hiking, and hunting excursions. The only way to reach Ittoqqortoormiit is by plane from Akureyri, Iceland, or Kangerlussuaq, West Greenland. 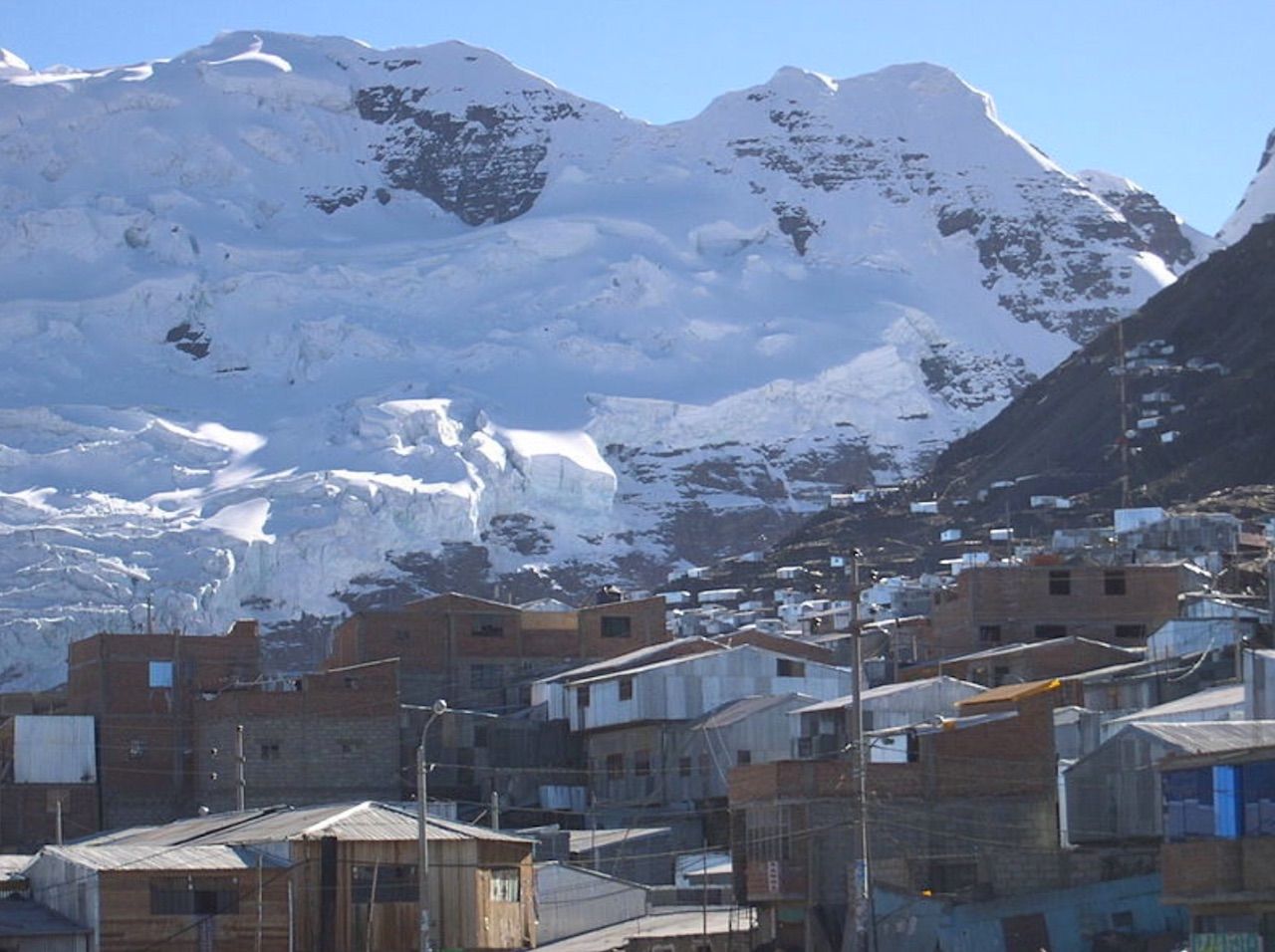 If you’re looking for a place to retire, La Rinconada would probably be last on your list, and yet the population has grown to over 50,000. Perched atop Mount Ananea in the Peruvian Andes, La Rinconada is 16,732 feet above sea level, and the highest town in the world. Due to the altitude, the weather is freezing year-round, and completely without plumbing. The only reason this is a town at all? A gold mine.

Working in the mine is considered a last resort for may Peruvians, as laborers are exploited and often go without pay. Once a month, they are allowed to keep whatever ore they can carry out of the mine.

If you do decide to visit the highest town in the world — keep in mind, there are no hotels — you’ll have to travel along a mountainside road, made treacherous by dirt, rocks, and ice. And once you arrive, you might have trouble catching your breath, as the air is dangerously thin.

Culture7 unique communities people actually live in
Tagged
Culture Sustainability
What did you think of this story?
Meh
Good
Awesome

Turkey officially changed its name. These 5 countries recently did the same.
Meet the people helping turn Reno into a bona fide street art destination
29 phrases to get you started learning Pidgin English
50 African proverbs that will get you thinking
The boners of Bhutan: Understanding the country’s flamboyant penis art